Bluestone Lane, 115 W. 19th, opens March 30. Inspired by the cafe coffee culture of Australia, the specialty coffee roaster and lifestyle brand has chosen the Heights neighborhood for its first-ever Texas location. It will feature 4,400 square feet of space with a welcoming, contemporary atmosphere and a menu of fresh, healthy food geared toward its "Bluestone Lane locals" who average between 25 and 32 years of age.

The New York City-based brand's mission is to modernize American coffee culture by focusing on delivering quality, premium coffee. Guests can choose from hot brews like Flat White or Long Black plus a healthy Up-Beet Latte. Cold brew options include Draught Nitro Cold Brew and Iced Mocha with cocoa. There are also cocktail choices such as Mimosa, Aperol Spritz and Bloody Mary plus wine and beer. Premium coffee is poured at Bluestone Lane.
Photo by Bluestone Lane
The all-day cafe offers its Brekkie menu with items like its Avocado Smash on multigrain bread and the Warm Banana Oatmeal with raspberry pecan crumble. The lunch menu has healthy options such as the Warm Chicken and Ancient Grain Bowl, Impossible Bayside Burger and the Rainbow Bowl or Wrap with farro and veggies. 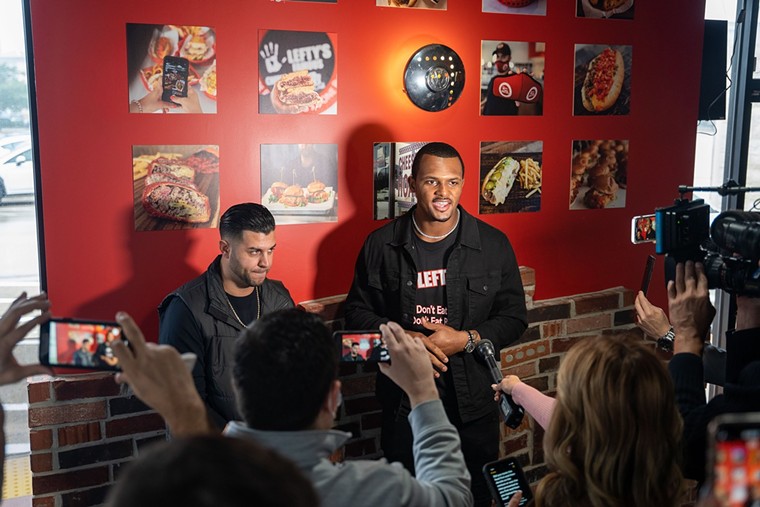 Owner Sam Berry and former Texans quarterback Deshaun Watson launched the Kirby location in late 2020.
Photo by Charles Rostamloo
Lefty's Famous Cheesesteaks, Hoagies & Grill, 8057 Kirby, is currently closed. A listener sent in the tip about the closure, along with a photo from Twitter, to radio sportscaster, and contributor to the Houston Press, Sean Pendergast. Landry Locker, Pendergast's colleague and fellow host at SportsRadio 610, posted a video on Instagram showing the sign on the door indicating that the locks had been changed for failure to pay rent.

The closure follows the departure of Deshaun Watson as quarterback for the Houston Texans. Watson opened the fast-casual cheesesteak restaurant in December 2020 as a co-owner along with Lefty's founder Sam Berry. It was the first Texas location for the brand. The grand opening included a number of Texans players and rap artists on hand to lend support to Watson. Oh, how things have changed. 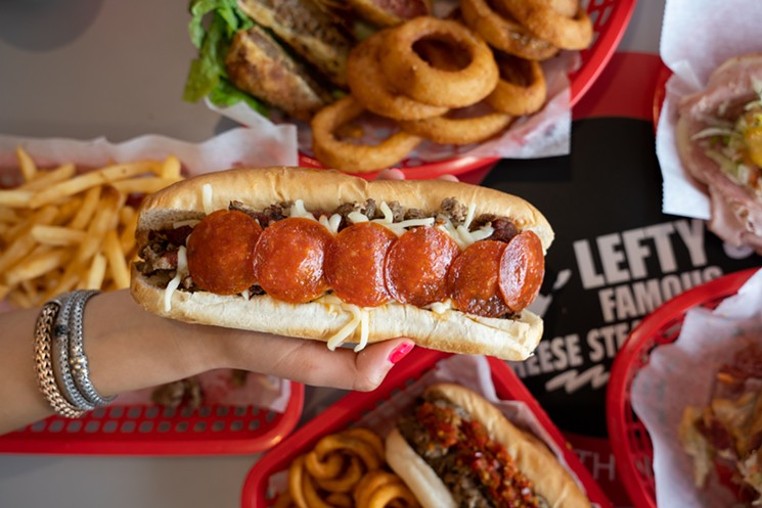 There are sill three locations to get Lefty's famous cheesesteaks.
Photo by Charles Rostamloo
With Watson departing Houston for Cleveland and a $230 million, five-year contract with the Browns, he may be shaking the dust of Lefty's Houston off his cleats. The 22 civil lawsuits against him for sexual misconduct won't be so easy. Pendergast made his opinions on the subject known in an article for the Press this week.

The location at 1010 Federal, also affiliated with Watson, is closed as well per its Facebook page and the disconnected phone number. The North Freeway and League City locations are open and the store at 2015 N. Mason recently opened February 3 in Katy.

We have reached out to the Lefty's Cheesesteak folks and to Kimco Realty, owner of the Kirby and Federal properties, for more information. 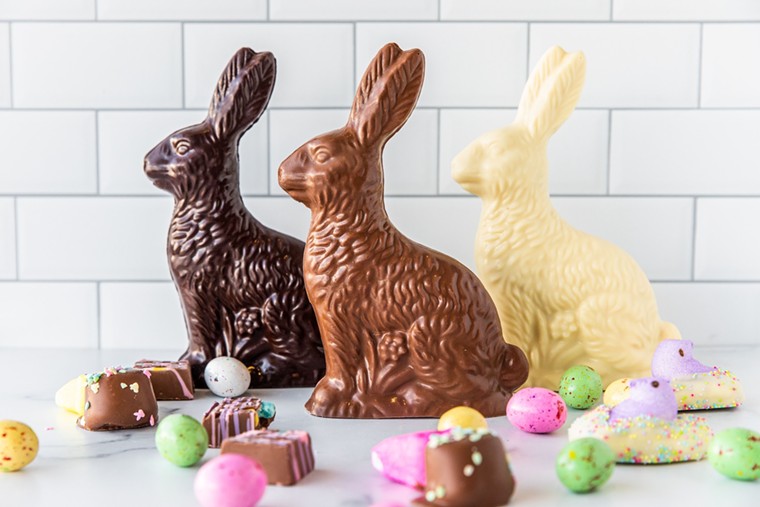 Hop on down to The Chocolate Bar for Easter treats.
Photo by Becca Wright
Winfield's Chocolate Bar, 2411 W. Alabama, will open this summer in The Centre at River Oaks. The new sweets and chocolate shop is a corporate rebrand of The Chocolate Bar and president Molly Voorhees is excited to debut the new look to customers. Voorhees is also president of Becks Prime and co-owner at Agnes Cafe & Provisions. She named the upcoming sweets destination after her father, Win Campbell, CEO and co-founder at Becks Prime. The Chocolate Bar at 2521 University Boulevard will continue to operate under its current name. 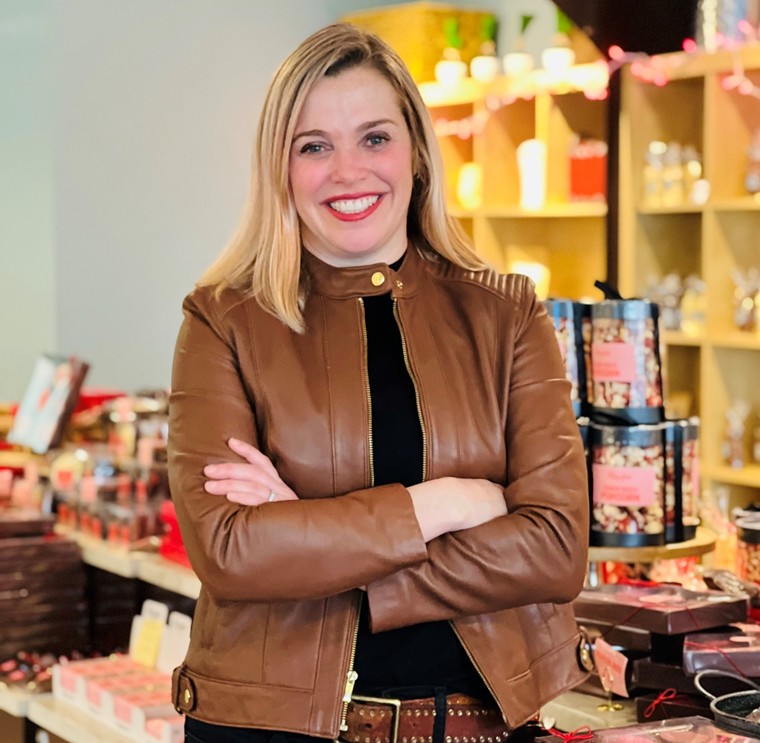 Molly Voorhees will bring chocolates and sweets to River Oaks.
Photo by The Chocolate Bar staff
The River Oaks store will have 1,778 square-feet of interior and patio space. It was designed by Sean Garrison and Levi Lemaster of Garrison Design Office. Loyal fans of The Chocolate Bar will still find the same chocolate-filled molds, cakes, cookies, ice creams and gifts that the company is known for at Winfield's. However, the Easter Bunny will have to use the Rice Village store this year. Squid Ink Pasta is a hint at what Marmo has to offer.
Photo by Atlas Restaurant Group
Marmo, 888 Westheimer, will open at the Montrose Collective in early April. The new Italian restaurant from Atlas Restaurant Group, is inspired by another of its concepts, Tagliata, in Baltimore. Atlas Restaurant Group also operates Loch Bar and Ouzo Bay here in Houston.  Marmo means "marble" in Italian and the new 5,500 square-foot restaurant will feature hand-made pastas, house-made charcuterie and hand-cut prime steaks. 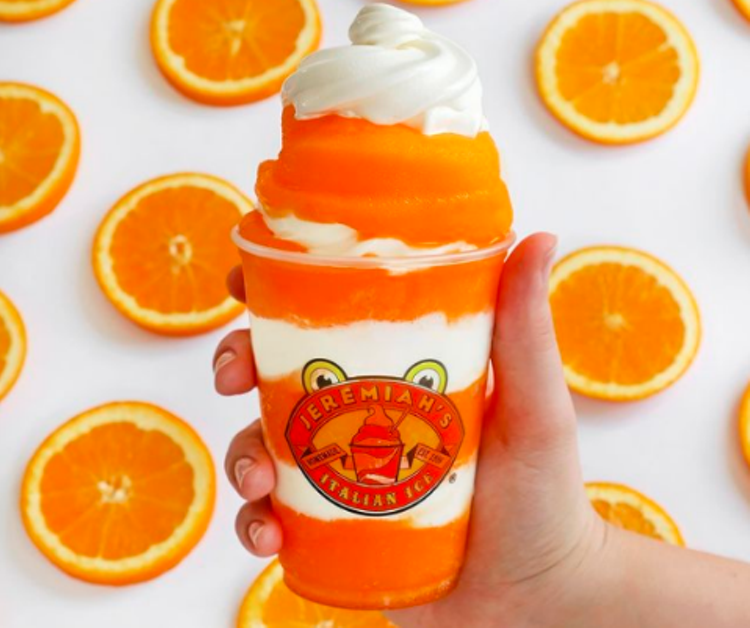 Houston is about to get a lot cooler with 40 new locations of Jeremiah's Italian Ice.
Photo by Jeremiah's Italian Ice
Jeremiah's Italian Ice has plans to open 40 new shops in Houston. The upcoming locations will be managed under the leadership of Sam Cleavenger, a 24-year-old (you read that right) who already has seven years of experience with the Jeremiah's brand. Cleavenger started at the company at 16, working various positions including server, prep, food truck driver and shift leader before working his way to the role of local store marketing manager. Cleavenger owns Alexander Development Group LLC which is Jeremiah's newest area representative. Cleavenger is also looking to open his own locations within the territory and his first store is slated to open in Pearland this summer.

Currently, the frozen dessert company has five locations in the Houston area.

Night Shift, 3501 Harrisburg, is temporarily closed, according to Yelp. On Night Shift's Facebook page, there was a March 14 post that read " We are closed for the night. See y'all soon."

Recently, it was reported that Justin Ware and Patrick Abalos had been bought out of the business so that they could pursue other projects. 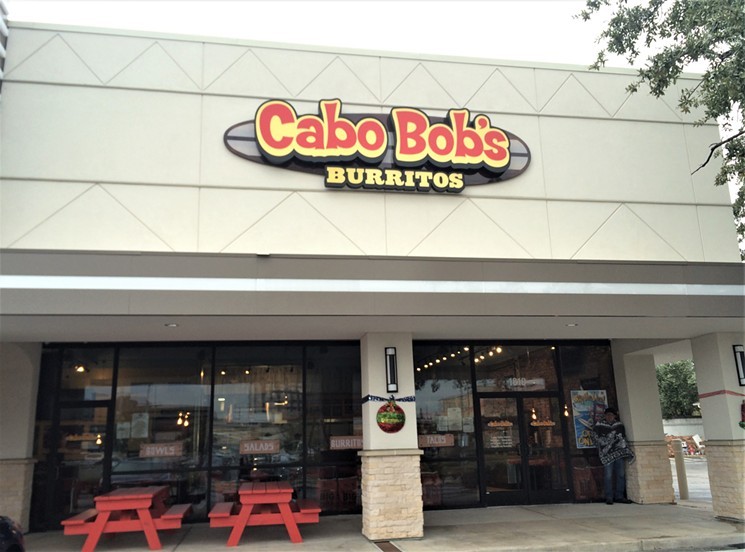 Cabo Bob's Briargrove will be joined by three new locations around town.
Photo by Lorretta Ruggiero
Cabo Bob's Burritos is planning three new locations for Houston, according to CulturemapHouston.  Its first Bayou City restaurant opened at 1810 Fountain View in December 2019. The new stores will open in former James Coney Island buildings beginning in June. The addresses are 7103 Cutten in the Willowbrook area, 740 Mason in Katy, and 11940 Southwest Freeway.

The first location opened in Austin in 2008. Van Leeuwen Montrose is having a grand ice cream social.
Photo by Alex Montoya
Van Leeuwen, 888 Westheimer, is celebrating its grand opening March 26 at the Montrose Collective. The ice cream shop opened February 23, as we reported here in the Press. The event will take place from noon to 11 p.m., so Houstonians have a generous window of time to make it to the shop for an opportunity to enjoy a $1 scoop of ice cream. However, early birds get the chance to participate in the "I Scream for Ice Cream" contest from noon to 1 p.m. Screamers will be measured by a decibel counter and will win a prize. There will also be additional giveaways and surprises between noon and 4 p.m. The first 100 guests will get Donkeeboy swag bags and there will be a $200 gift card giveaway. The shop will also be scooping its limited edition Bananas for Cheese flavor, done in collaboration with James Beard Award Finalist for Best Chef: Texas, Christine Ha.

Guests can start with a choice of dough from traditional, whole wheat, cauliflower and gluten-free. Sauce options include alfredo, marinara, bbq, olive oil, pesto, red, spicy red and Thai peanut. Even the cheese offerings are plentiful with American, asiago parmesan, brie, cheddar, feta, gouda, mozzarella, provolone and a ghost pepper blend on the list. Vegans can opt for the vegan cheese for a little extra cash.

After all the meat and vegetable decisions are made, Pizza Artista offers finishing touches like basil, cilantro, peanuts, balsamic glaze drizzle and even Steen's Syrup. There are salads and wings on the menu as well but carb lovers might experience some heart palpitations when they see the Pasta Bread Bowl choices.

There are plans for two additional area locations in Spring and Conroe.

Double Trouble Caffeine & Cocktails, 3622 Main, announced on Instagram this week that it is temporarily closed. The message read " Excuse us while we shape up a bit. See you soon." We have tried reaching out for more information and will keep readers updated with any reopening plans.

Last week, the bar announced on Instagram that it was having maintenance issues prior to the temporary closing post. A tip from a reader hinted that owners Robin Berwick and Robin Whalan may have rebranding plans for the bar. Celebrate maize with Picos' new dinner series.
Photo by Alex Montoya
Arnaldo Richards' Picos, 3601 Kirby, is launching its Curated X Picos dinner series March 31. The monthly event will showcase Mexican culture and cuisine by highlighting one seasonal ingredient rooted in the heritage and flavors of Mexico. The dinners will be held the last Thursday of every month with two seatings available at 6 p.m. and 8 p.m.

The first of the series, Maize, will feature a six-course interpretation of one of Mexican cuisine's main staples, corn. It begins with a tostada with scallop sashimi, followed by memala, a Oaxacan toasted masa cake. Other courses include langoustine with recado negro black beans, braised Kurobata pork belly, 72-hour braised Wagyu short rib with mole negro and a sweet ending of piloncillo gordita with chamomile honey.
KEEP THE HOUSTON PRESS FREE... Since we started the Houston Press, it has been defined as the free, independent voice of Houston, and we'd like to keep it that way. With local media under siege, it's more important than ever for us to rally support behind funding our local journalism. You can help by participating in our "I Support" program, allowing us to keep offering readers access to our incisive coverage of local news, food and culture with no paywalls.
Make a one-time donation today for as little as $1.