Is Dr Pepper the Soft Drink of Texas? 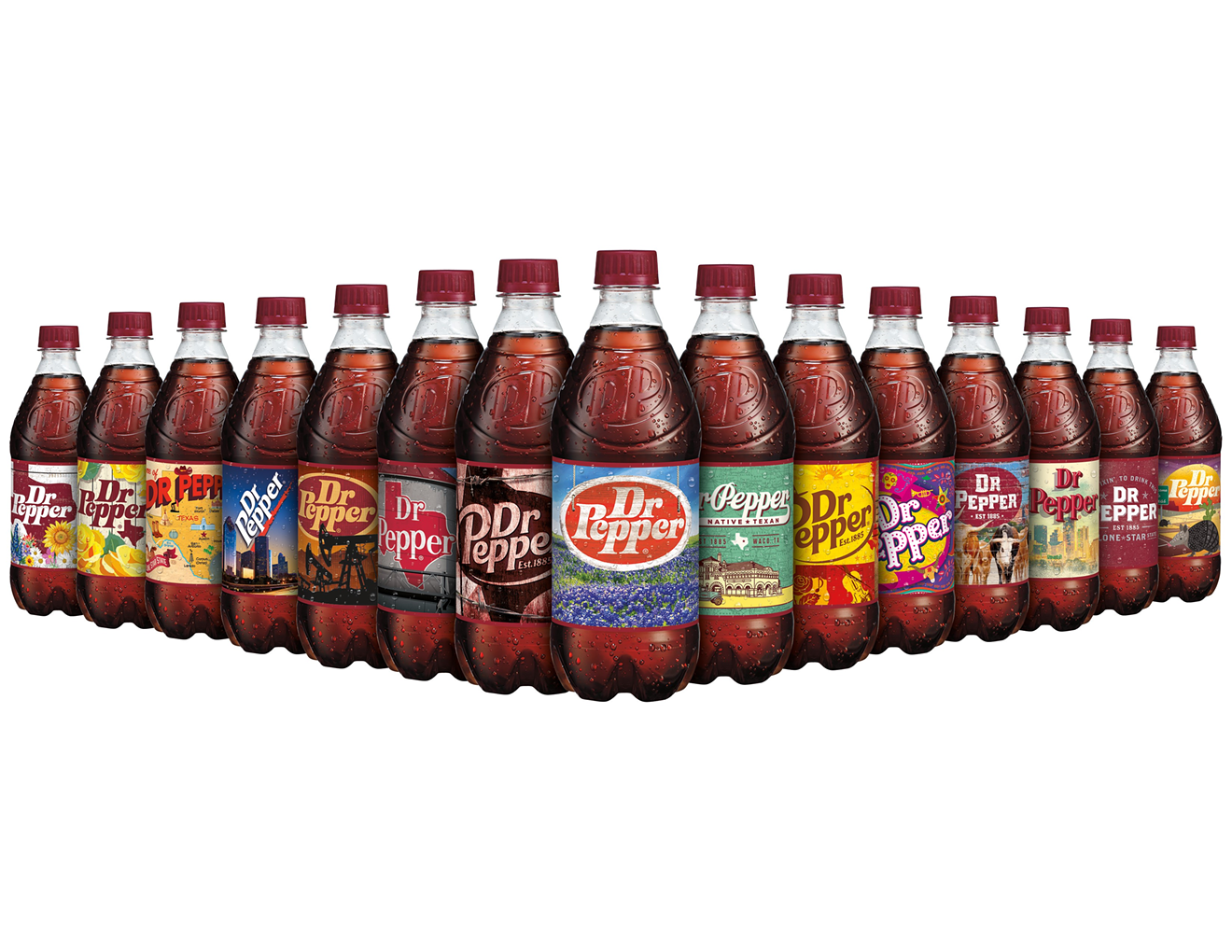 It's Dr Pepper Go. Collect them all. Image courtesy of Dr Pepper It's Dr Pepper Go. Collect them all.
Image courtesy of Dr Pepper

The state bird of Texas is the mockingbird. The state tree, pecan. Some would say that Lone Star Beer is the state brew of Texas, if you can stomach it. And now, Dr. Pepper wants to be your state soft drink. The company, which is now Keurig Dr Pepper, is launching a campaign to make it official. With a petition at change.org and the social media hashtag #DrPepperLovesTX, it may very well happen.

Houston, we have a Pepper.
Image courtesy of Dr Pepper
Texans love being Peppers. It's not unusual to see a good ole boy or gal toting around a 32-ounce styrofoam cup of the sweet stuff and refilling it throughout the day. Its fans are addicted. There are people who drink it like water and cannot imagine a day without their DP. I know some of these people. I am related to some of these people.

I rarely drink sodas myself, which is why I was surprised to discover that Dr Pepper's closest competitor, Mr PiBB had long ago become PiBB Xtra, a drink that bills itself as a spicy, cherry soda. It originally began as Dr PiBB, but that didn't fly for long as it was too similar to the Pepper. It was one of a number of legal disputes over the years between Coca-Cola and Dr Pepper. While PiBB has its own loyal imbibers, Texans have always been firmly on the Pepper side.

In fact, we all know that person whose special potluck dish is Dr Pepper Poke Cake. And plenty of pork butts have been covered in DP for a sweet sauce that builds in a slow cooker like molasses. Some people even drink it hot, poured over a lemon slice, a trend that was started by Dr Pepper in the 1960s to market the soft drink for cold weather.

Dr Pepper was first concocted in a pharmacy in Waco in 1885, making it the oldest major soft drink in the United States. It made its national debut at the 1904 Louisiana Purchase Exposition. And while Waco is where you'll find the Dr Pepper Museum, Roanoke, Virginia touts itself as the Dr Pepper Capital of the World. Its ties to Dr Pepper are due to a possible urban legend regarding Dr. Charles T. Pepper, who some say is the soda's namesake. That could create some controversy when it comes to making the beverage of 23 flavors the official state soft drink of Texas. Get ready to rumble, Roanoke.

Image courtesy of Dr Pepper
The new campaign to make it the official soft drink of Texas follows other various marketing moments like the " Be a Pepper" jingle with actor David Naughton, best known for the film An American Werewolf in London singing " Wouldn't you like to be a Pepper, too?" with a crowd of happy, dancing Peppers behind him. There was also Gene Simmons of KISS hawking DP Cherry with the tagline, "Trust Me, I'm a Doctor ".

Derek Dubrowski, Vice-president of Brand Marketing at Keurig Dr Pepper said, " Dr Pepper is Texas born and bred and like any Texan, has only the deepest pride and appreciation for its home state." That pride will be evident in the 15 unique labels that will debut on the 20- ounce bottles, to be sold only in Dallas, Fort Worth, Waco and Houston. The labels are inspired by Texas landscapes and landmarks and KDP is hoping rabid Peppers will try to collect them all.

So, if you're a serious Pepper and you would like to do your part to designate Dr Pepper the official soft drink of Texas, you can sign the petition at change.org and use your social media to spread the word. Unless your a Coke drinker. Then, you'll have to start your own campaign.
KEEP THE HOUSTON PRESS FREE... Since we started the Houston Press, it has been defined as the free, independent voice of Houston, and we'd like to keep it that way. With local media under siege, it's more important than ever for us to rally support behind funding our local journalism. You can help by participating in our "I Support" program, allowing us to keep offering readers access to our incisive coverage of local news, food and culture with no paywalls.
Make a one-time donation today for as little as $1.