King's BierHaus Opens in the Heights on Monday Evening 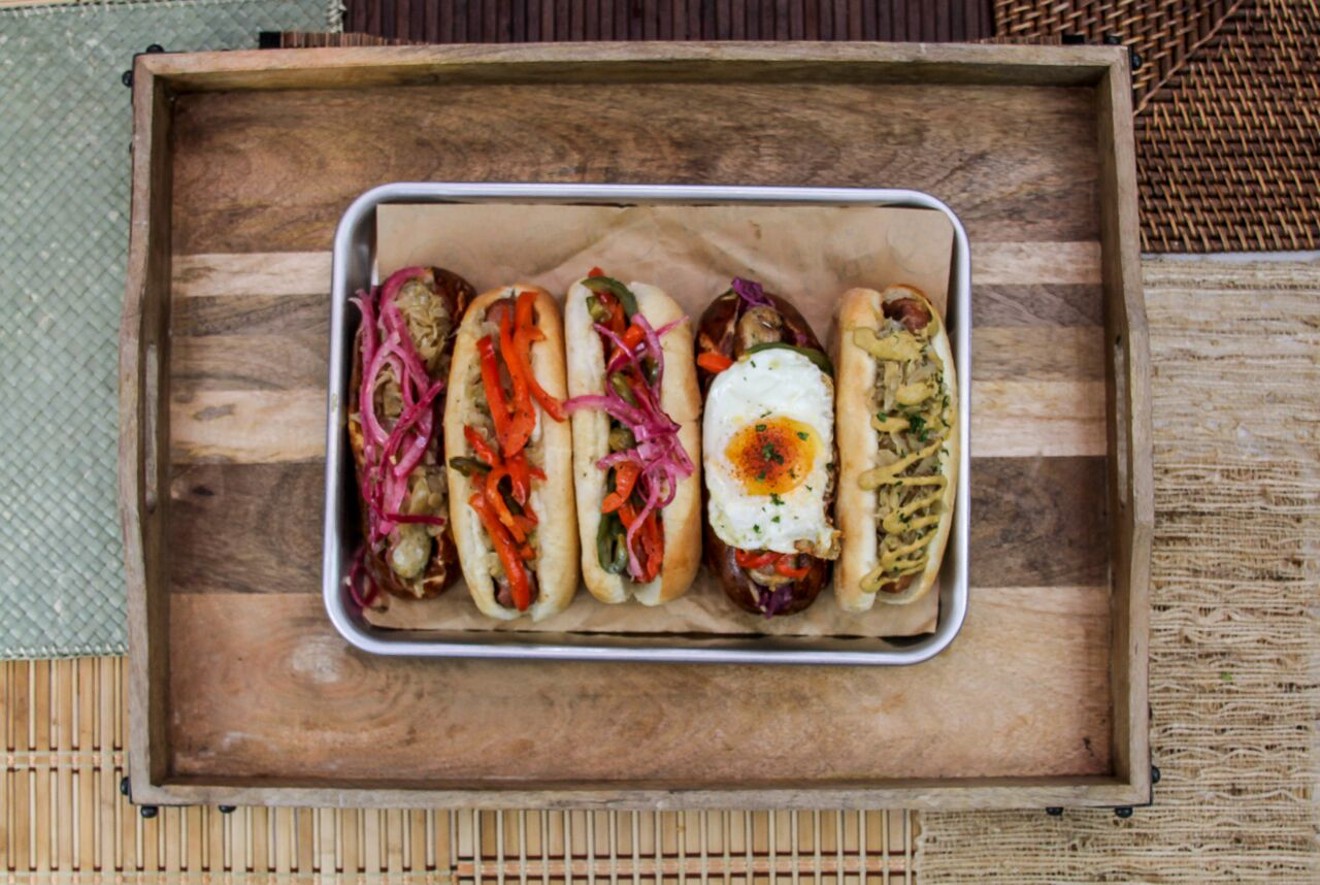 The 400-seat venue is meant to be more of a modern take on the Biergarten concept and includes a sprawling 9,000-square-foot beer garden complete with its own small river, hammock seating, bar games including giant Jenga and pingpong, and, of course, plans for live music, with a focus on German bands.

Inside, guests can order from some 31 taps at the 85-foot distressed stone bar, which features seating along with communal tables and booths, with televisions for all your game-watching needs. Expect lots of German and German monastery brews, local beers and some top-rated wonders, including Weinstephaner Vitus. On the booze side, whiskey, craft cocktails, frozen drinks, shareable drinks, German and Austrian wines, and a huge Schnapps collection will also be available. Plus, there is something called Das Boot, a 2.5-liter glass boot of beer that will set you back $55 — you get to take home the boot, though.

On the menu, you'll find everything from Bavarian fried pickles and huge pretzels to goulash, along with salads, burgers, Wiener schnitzel and much more in the $5 to $20 range (a few entrées do reach into the low $30s).  An expansive sausage menu includes traditional variations, exotic meats such as rabbit and rattlesnake, and even vegan options.

King's BierHaus will offer dinner-only until May 15, when lunch service will be launched.