Nobu, 5115 Westheimer, will open in the Galleria, June 1. The highly-anticipated and long-awaited restaurant from Japanese celebrity chef, Nobu Matsuhisa is part of the worldwide restaurant empire of chef Matsuhisa, who was working in a Tokyo restaurant as a young man in the early '70s when he was asked by a regular customer to open a Japanese restaurant in Peru. In 1973, Matsuhisa opened Matsue with his sponsor and his improvisation with the local Peruvian ingredients (due to a shortage of typical Japanese options) led to a sort of Japanese-Peruvian fusion, though Matsuhisa himself does not like the word fusion, according to Newsweek. Salmon sashimi new style at Nobu.
Photo by Henry Hargreaves
Eventually, Matsuhisa's food caught the taste buds of a number of celebrities, most notably actor Robert De Niro, who invited him to open a restaurant in Tribeca, New York City. De Niro was a huge fan of Matsuhisa's Black Cod in Miso. After four years of back and forthing, Nobu opened in 1994 and won Best New Restaurant by the James Beard Foundation in 1995, as reported by Eater.

Photo courtesy of Nobu
The Houston location will join some other power house restaurants at the Galleria including Fig and Olive, Yauatcha, and the upcoming Fox Concepts' Blanco Tacos and Tequila. Musaafer, from the Spice Route Company is expected to open in late fall 2018.

The 10,000 square-foot space will include a covered terrace, floor to ceiling windows and a twelve seat sushi bar.

Do you dream of tacos?
Photo courtesy of Scott Tranweaver

Jenni's Noodle House, 3773 Richmond, closed May 18 to make way for the owners' new concept, Dream Tacos Texas which will open for breakfast, lunch and dinner around June 1. The three other Jenni's Noodle House locations will continue service as usual.

Owners Scott and Jenni Tranweaver opened the Richmond location of Jenni's 18 months ago. The original Jenni's Noodle House opened in 2002. Scott Tranweaver told the Houston Press that they had wanted to open a taco place for years because, " who doesn't love tacos?" and that they feel the taco concept would better serve local office workers and make use of the large patio space.

The fresh beginnings of avocado salsa.
Photo courtesy of Scott Tranweaver
The tortillas will be made fresh daily and there will be six different sauces, including a spicy "green lava" avocado salsa. The Tranweavers like things a bit on the spicy side, so there will be pico with Thai chiles, jalapenos and serrano peppers.

Counter service is from 7 a.m. to 2 p.m. Monday through Friday and 8 a.m. to 2 p.m. Saturday and Sunday. Full service begins after 2 p.m.There will ten different breakfast tacos and a dozen lunch and dinner tacos. Expect some vegan and vegetarian options among the variety.

To further entice patrons to the large patio, there will be beer, wine and frozen drinks.

East Hampton Sandwich Company, 4444 Westheimer, is having a grand opening from 6 p.m. to 9 p.m., May 31.
The first 200 people will get to sample the lobster rolls and other goodies. There will be a DJ spinning (I said my, my), frozen drinks available, a photo booth and a chance to win free sandwiches for a year. Sixty Vines, 2540 University, is coming to Rice Village. There is no definitive date yet on the Dallas-based restaurant and wine bar's opening in Houston. The Rice Village location will be the third for the unique concept which serves a large variety of wines on tap. Touted as being eco-friendly, the pressurized kegs keep the wine from spoiling, keep them at the proper temperature and save 26 bottles from going to the landfill. You can get your drink on without increasing your carbon footprint. There are also beers and ciders on tap.

To accompany the Vine Hugger wines, there are menus for lunch and dinner which offer shared plates, charcuterie and cheese boards (plus a vegetarian board) and pizzas, pastas, soups, salads, and entrees. The restaurant's style is California wine country, so if Napa and Sonoma are not in your travel plans for a while, keep your eyes and ears open for Sixty Vines to debut in Houston. 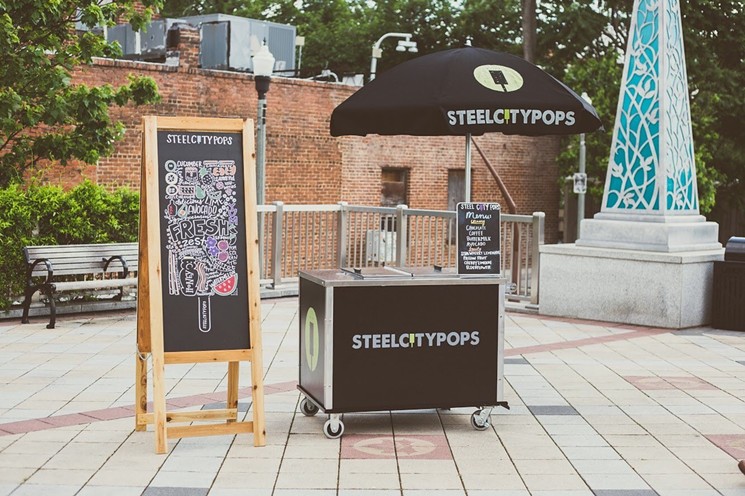 The family-owned pop shop started in 2012 and has more than 20 locations, including another Houston location in the Heights. There is also a location in Sugar Land.

The pops are available in fruity, creamy and cookie. The pops cart is available for rental if you're looking for a way to keep your party goers cool and refreshed.


Beaver's, 2310 Decatur, reopened after closing for renovations in July 2017. The Decatur location is the original of the Houston favorite loved for its barbecue and smoky queso. The second Beaver's opened at 6025 Westheimer in January 2017.

Chef Jonathan Jones has left his role as executive chef at Cane Rosso's in Houston and Austin to take over at the Decatur location, according to CultureMap Houston. Chef Arash Kharat is executive chef at the Westheimer restaurant.

The Original Beaver's is currently open in the evenings for cocktails with a limited food menu.

Chef Jones plans to make a few changes to the original Beaver's menu, including options for health-conscious diners and a more globally-inspired representation of Houston's diversity.

Oxtail Poutine, where have you been all my life?
Photo courtesy of Tubs Poutine

Tubs Poutine, 13429 Briarforest, is opening June 1. Brian Nguyen decided after his travels to Toronto that Houston was in need of poutine. Much like we Texans love to cover our french fries with meaty chili, cheese and jalapenos, the dish of fries covered in gravy and cheese curds has become a national favorite in Canada.

Nguyen convinced his sister Caroline, who has experience in many aspects of the food and hospitality industry, to join in his endeavor and they have recruited Lyle Mathes as executive chef. Mathes has plenty of experience in the industry as well, including serving as head chef at the Daily Grill in Universal Studios.

Look for plays on the original poutine such as Oxtail Poutine and The G Spot. If that doesn't get your motor running, there is a deep fried dish of cheese curds called Brenny Cakes. Dusted with powdered sugar and served with strawberry dipping sauce, it sounds like a meatless, bite-sized version of a Monte Cristo. Yum.

Forget fried mozzarella, fried cheese curds is where it's at.
Photo courtesy of Tubs Poutine

The name Tubs comes from Nguyen's nickname for his  two-year-old son because of his " cherubic appearance and zest for culinary delights." The poutine part is self-explanatory.


Santa Fe Flats,  21542 State Highway 249, closed early May 2018. Opened in 2004 by Tyler Torres, the restaurant was bought by two regular customers, Ron and Sheila Cemer in April 2017, according to Community Impact.

The Torres family had a loyal following at their New Mexican restaurant which used recipes from Torres' Spanish grandmother who immigrated to New Mexico. Diners liked the use of the hatch chiles and Anaheim peppers, which gave a different flavor profile to the food. The red and green "Christmas" enchiladas were another big seller.

Santa Fe Flats was popular with parents because of its large sand box. It also boasted one of the few covered patios in the area which hosted live music on the weekends.

Despite its many years as a successful family-owned restaurant, Santa Fe Flats began to struggle and the Cemers stepped in to try their hand at keeping the community favorite alive. Unfortunately, the new changes were not enough to keep loyal patrons coming in.

If you're in the market for buying a New Mexican restaurant, the concept is currently for sale.

Taste of Cajun, 11808 Barker Cypress, opened May 1. The Vietnamese family-owned restaurant serves Viet/Cajun dishes including crawfish boil (served after 3 p.m.), several fried rice dishes and seafood po-boys. Strangely, you can also round out your meal with a funnel cake. At $8, the price is a little high, but it includes a scoop of ice cream.

The Seafood Spot, 11803 Wilcrest, opened the last week of April. The crawfish boil runs around $7/lb. and the snow crab about $15. Considering the retail price of snow crab legs at the grocery store, that's a pretty good deal.

Crawfish pies, gumbo and fried seafood are all on offer at this Vietnamese-Cajun spot, but landlubbers can enjoy steaks and burgers from the menu.

Plenty of space for pups and pals outdoors at Java Lava.
Photo courtesy of Java Lava Brew
There are 16 beers on tap at Java Lava and a selection of wine. A dog-friendly yard has plenty of seating and a terrace with umbrellas and trees to keep out the Houston sun.
KEEP THE HOUSTON PRESS FREE... Since we started the Houston Press, it has been defined as the free, independent voice of Houston, and we'd like to keep it that way. With local media under siege, it's more important than ever for us to rally support behind funding our local journalism. You can help by participating in our "I Support" program, allowing us to keep offering readers access to our incisive coverage of local news, food and culture with no paywalls.
Make a one-time donation today for as little as $1.