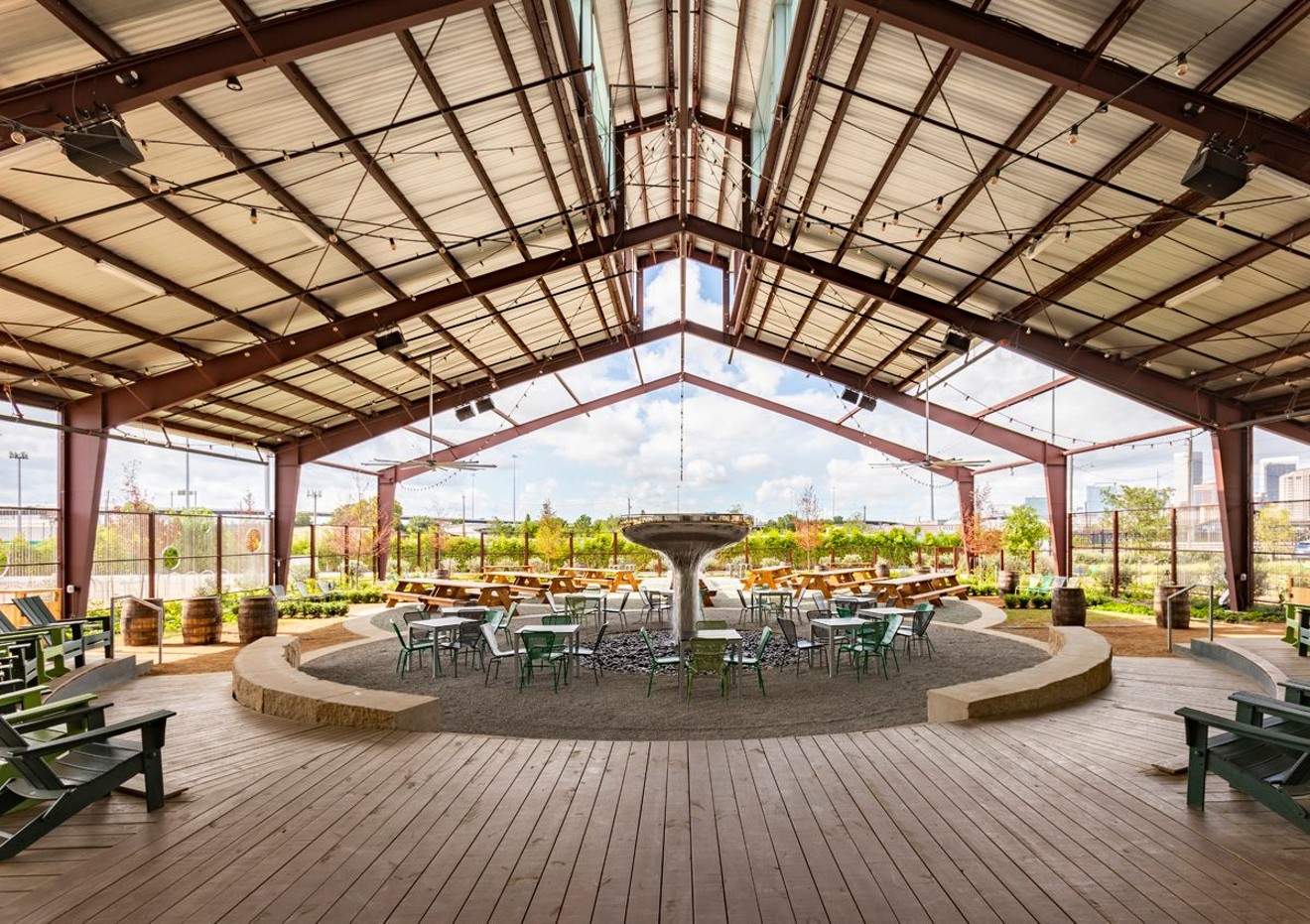 Saint Arnold Beer Garden and Restaurant, 2000 Lyons, is closing its outdoor dining area to the public due to the Texas State Governor's Office abruptly deciding to restrict certain restaurants' dine-in operations based on their alcohol sales.

The new requirement disproportionately affects breweries which also serve food because the new calculation must include the sales of beer to distributors, in addition to customers, which affects the 51 percent cap on alcohol sales, according to a press release from Saint Arnold.

While the brewery is next to the restaurant, these new calculations will affect the restaurant's ability to operate its outdoor dining area, which it reopened two weeks after restrictions for dine-in were lifted. Now, the result has led Saint Arnold to offer curbside service only for food and beer to-go. This could lead to the loss of 75 jobs as restaurant operations would have to go down to a skeleton crew, the press release says. 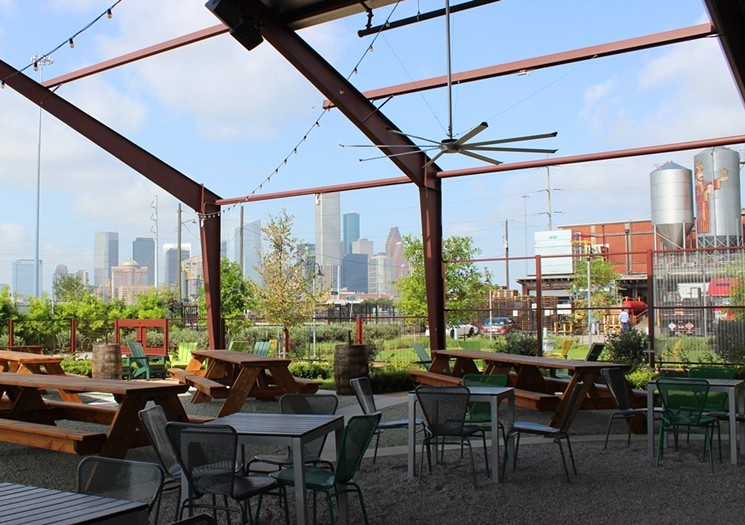 Saint Arnold's Beer Garden and Restaurant offers a great outside view of Houston.
Photo by Claudia Casbarian
Founder Brock Wagner is quoted in the press release, saying: "We decided to invest in making a family friendly restaurant that would be a destination Houstonians would be proud of... Counting the beer we sell to distributors as if it were being sold in the restaurant defies common sense. We are calling on the governor to make this easy fix so that we can retain the 75 co-workers whose positions will otherwise be eliminated." 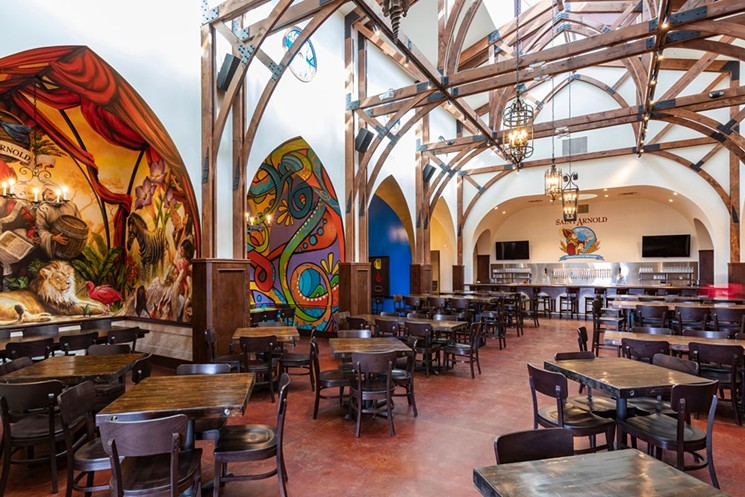 The stunning painted cathedral interior has been closed since restrictions began.
Photo by Claudia Casbarian
Wagner asks that supporters politely and respectfully contact Governor Abbott's office to let them know that the new calculation is damaging and that the alcohol sales should be based on the restaurant's sales alone. Supporters can also tweet the governor @GovAbbott and @GregAbbott TX.

Effective today, the restaurant will revert to curbside take-out while awaiting word from the state.

Saint Arnold's sandwiches can be picked up curbside with a six-pack or two.
Photo by Lorretta Ruggiero
There is some good news for Saint Arnold fans. The brewery will be rolling out several special releases this week and they can be picked up through the drive-thru along with some tasty food. Wear your mask and support Houston's oldest craft brewery through these unprecedented times.
KEEP THE HOUSTON PRESS FREE... Since we started the Houston Press, it has been defined as the free, independent voice of Houston, and we'd like to keep it that way. With local media under siege, it's more important than ever for us to rally support behind funding our local journalism. You can help by participating in our "I Support" program, allowing us to keep offering readers access to our incisive coverage of local news, food and culture with no paywalls.
Make a one-time donation today for as little as $1.