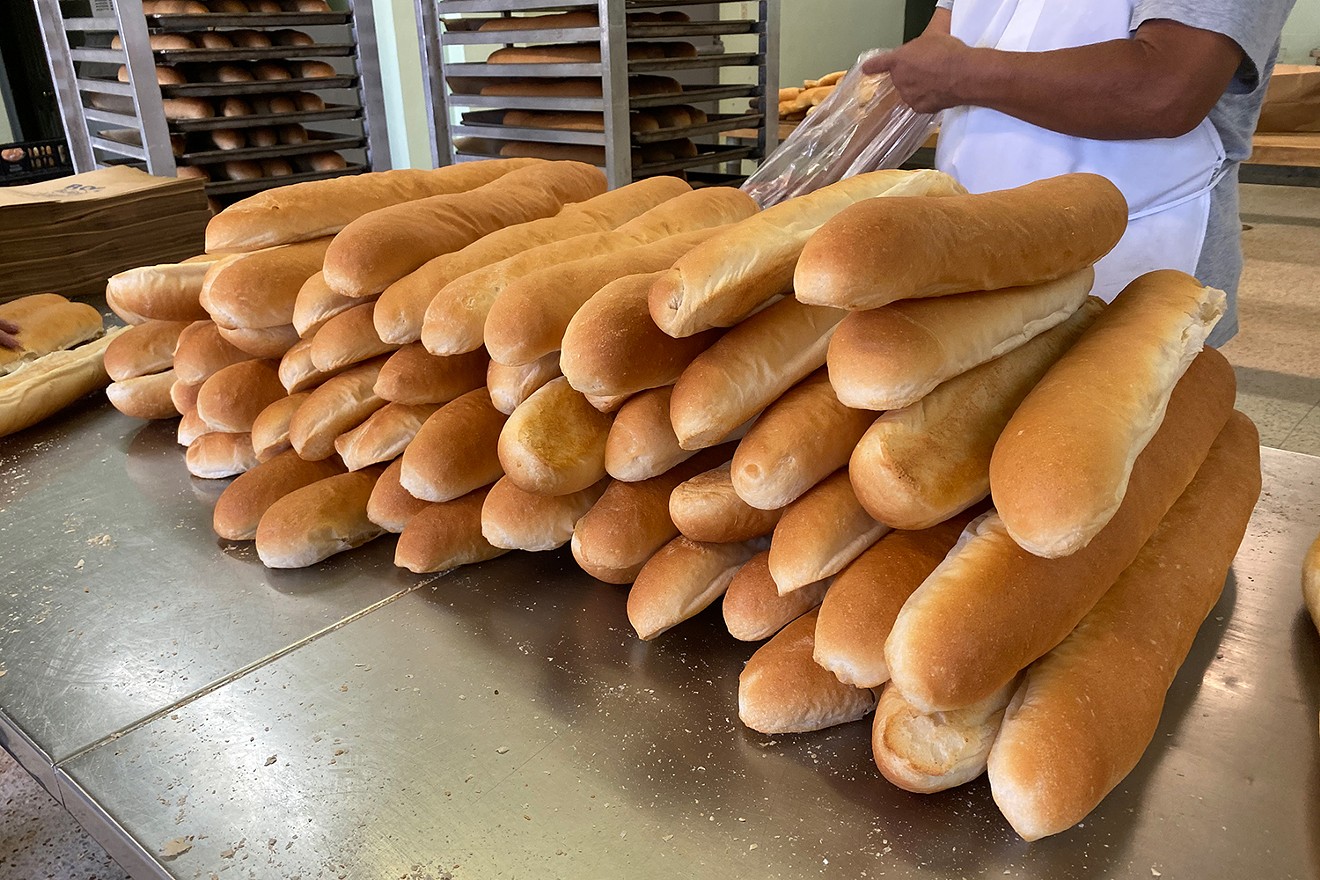 Stacks and stacks and racks and racks of po' boy rolls at Royal Bakery. Photo by Jeff Balke
It's been pretty well established that Houston has an incredible food scene and where there is great fine dining, there will also be incredible cheap eats. For people like me, that means sandwiches. Thank God, Houston has no shortage of those, many of which I have documented and will continue to for hopefully well into the future.

And I am of the opinion that there is no more critical element to a sandwich than its wrapper. Maybe it comes from my German grandmother baking bread from scratch every week or maybe I just love carbs, but whatever the case may be, bread is, at least for me, invariably the key to a great sandwich.

In this city, the most recognized sandwich is the Antone's Original, that brilliant mix of New Orleans po' boy and Italian sub. And the bread it comes on is a po' boy roll from Royal Bakery (1841 Fairview).

If you haven't heard of it, don't feel bad. It doesn't have a website. You can barely find reference to it online. But it has been the container for one of Houston's most beloved hoagies for quite a long time.

Here's the best part: They are open to the public.

On a recent Saturday, my wife and I poked our heads into the non-descript white brick building about half and hour before they closed. The place smelled like I imagine heaven smells, warm and savory. Racks and racks of bread were being rolled around by busy workers, mostly too busy to even pay attention to the few people who came in bleary eyed looking for bread.

One gentleman asked what we wanted and I pointed to the pile of yard-long po' boy rolls stacked up on a nearby counter. If I could have made them into a mattress to sleep on that night, by God I would have. He asked how many and I decided four would be enough for experimenting. I glanced at the small cash register (they don't take cards) and it said "65 cents." That was it for a three-foot hoagie roll. 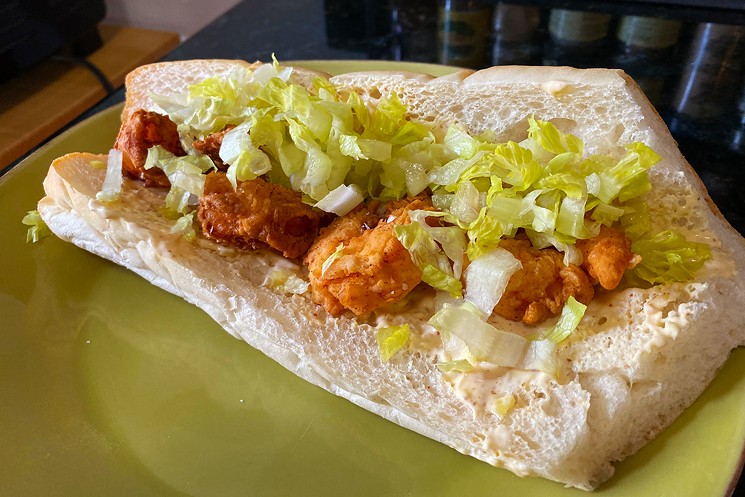 My rendition of a fried shrimp po' boy on a Royal hoagie roll.
Photo by Jeff Balke
By the time we got home, my entire car smelled like a bakery. I still have no idea why the car wash doesn't offer "bakery" as a scent option. My goal was to turn the rolls into a handful of sandwiches and see if the bread really was the thing.

I started with shrimp po' boys complete with shredded lettuce, thinly sliced tomatoes and a homemade remoulade. I almost never fry anything, but this was completely worth it. And, just as I suspected, the bread was absolutely perfect. My wife, who finds my obsessive love of sandwiches excessive said, "It really is the perfect bread for this."

I then tried to replicate the Antone's Turkey and Swiss, with mayo, and sweet and spicy pickles. It was absolutely spot on.

Admittedly, Antone's ingredients in the cold cut sandwiches are undoubtedly better than I procured on relatively short notice, but it came damn close.

All these exercises served to prove (besides the fact I need to take on more of the cardiovascular form of exercise as soon as possible) that Royal Bakery is indeed special. And you an go there, and get the "unofficial bread of Houston" for 65 freaking cents. Hashtag blessed.
KEEP THE HOUSTON PRESS FREE... Since we started the Houston Press, it has been defined as the free, independent voice of Houston, and we'd like to keep it that way. With local media under siege, it's more important than ever for us to rally support behind funding our local journalism. You can help by participating in our "I Support" program, allowing us to keep offering readers access to our incisive coverage of local news, food and culture with no paywalls.
Make a one-time donation today for as little as $1.