The Rustic is bringing Uptown Park some Texas flavor and music. Photo by James Coreas

The Rustic, 1121 Uptown Park, is slated to open February 2020. The restaurant and live music venue from Kyle Noonan, Josh Sepkowitz and country music artist Pat Green opened its first Houston location downtown in November 2018. Now, the concept, which has locations in Dallas and San Antonio, will open its second Houston venue at Uptown Park. The groundbreaking will begin August 1.

The restaurant's menu features Texas favorites like Tamales Three Ways, Texas quail and a tomahawk steak. There are even calf fries for the adventurous cowpokes. Lots of craft Texas beers are available along with margaritas that can be made even more refreshing with the addition of a sangria popsicle. Desserts are served on quaint country dishware that will make you nostalgic for grandma's house. So will the banana pudding. This writer still dreams about the toasted, homemade marshmallow on the Icebox S'mores. A toasted, homemade giant marshmallow is a fluffy piece of heaven.
Photo by Lorretta Ruggiero
The Rustic features daily live music, with some free performances and also ticketed shows. Besides the open, cavernous interior with its bar, dining section and stage area, there is also plenty of outdoor patio seating.


State Fare Kitchen & Bar, 15930 City Walk, is planned for a late fall opening in Sugar Land Town Square. This will be the second location for the Texas and Southern-inspired concept that offers goodies like the Frito Pie with Texas Red Chili and fried green tomatoes with lump crab. Its burgers and Gulf Coast seafood are also big hits, but there are less heavy dishes as well. The menu's "Lighter Fare" section includes Vegan Veggie Spaghetti and the EaDoPoke Bowl.

The restaurant will be open for lunch and dinner, plus a weekend brunch with dishes like huevos rancheros and a crawfish and Creole Benedict. There's also a happy hour Monday through Friday from 3 p.m. to 6 p.m. with food and drink specials.

In a press release Omar Khan, president and CEO of Culinary Khancepts, said, "A premier location within Sugar Land Town Square will allow us to expand our State Fare Kitchen & Bar brand and introduce this concept to another part of Houston."

Free tacos will free your soul at Torchy's.
Photo by Scott Paull

Torchy's Tacos, 5537 Weslayan, will officially open its West University location August 14 with a chance to win taco money for free tacos. For those who want to brave the inevitable crowds for free tacos even sooner, Torchy's West U is having an opening party August 12 from 5 p.m. to 8 p.m. with free tacos and drinks, chips and dips plus swag giveaways and entertainment.

Tacos require margaritas is an unwritten law.
Photo by Scott Paull
The Austin-based taco chain was started as a food truck by Mike Rypka in 2006 and has now grown to more than 60 stores in Texas, Oklahoma, Colorado and Arkansas, but the majority — 55 to be exact — are in the Lone Star State. The newest spot makes number 14 for Houston, with three more planned this year.

The "damn good" tacos range from the usual beef and chicken fajitas to catfish, shrimp and fried avocado. There are quirky names, including some political appellations like the Independent, the Republican and the Democrat. There's also a rotating "taco of the month" that is even more over-the-top, ingredient wise. The breakfast tacos include bacon and cheese, migas and the "Dirty Sanchez," a flour tortilla filled with eggs, fried poblano chile, guacamole, escabeche carrots, cheese and a poblano sauce. That will wake up your innards and your outtards. Get a lil' nookie at Torchy's Tacos.
Photo by Erika Kwee
There are margaritas and beer for quaffing and sides like the delicious street corn and refried beans. If you're still not satiated after all that, the Lil' Nookies, fried chocolate chip cookie balls with powdered sugar, should finish you off.

Rosalie, 400 Dallas, has announced three new team members for the restaurant that will open in the C. Baldwin Hotel in September 2019. Chef Chris Cosentino and business partner Oliver Wharton have chosen Sasha Grumman as executive chef for the Italian restaurant named for Cosentino's great-grandmother. Grumman is the former chef de cuisine at Austin's Launderette and previously worked with Cosentino in San Francisco. Her experience includes the Italian Culinary Academy program as part of her study at the French Culinary Institute in New York, staging at the Michelin-starred Guida Ballerino in Rome and chef de cuisine at Union in Los Angeles.

Raised in a Sicilian family, Grumman brings a focus on handmade pastas and seasonality to Rosalie and the C. Baldwin Hotel's entire food program. Cosentino says of Grumman, "I respect her immensely. She can outcook almost anyone and she has the ability to manage in a calm and thoughtful way."

Another industry professional, Charles Skipsey, has been pegged for the position of director of restaurants for the hotel. Skipsey was born and raised in Mexico City and his father, Carlos Anderson, the name behind such party spots as Carlos'n Charlie's (Cozumel in 1988; I remember it well, sort of) and Señor Frog's. A graduate of Cornell, Skipsey brings a global perspective to the restaurant with stints in San Fran, Barcelona and Austin among his hospitality travels.

Annie Balest will be general manager at Rosalie and is one of the original members of the C. Baldwin food and beverage team. A native Houstonian, Balest has served in managing roles at both Tony's and Vallone's and has helped to open restaurants like Jaleo by Jose Andres in Las Vegas.

The Rig, 1314 Texas, will open August 1 in the Cambria Hotel Houston Downtown Convention Center that also makes its debut the same day. The restaurant will serve creative, local bistro fare and local craft brews, along with a full bar. The hotel boasts an elegant ballroom on the top floor of the historic Great Southwest Building with panoramic views of Houston. Sumo Hibachi & Sushi Bar, 3239 Southwest Freeway, opened softly July 24. The elegant and stylish Japanese restaurant offers communal hibachi tables where guests can interact with the chef as they indulge in the teppanyaki-style dining. The restaurant also serves sushi, sashimi and a variety of cocktails. As of now, the restaurant does not have its liquor license or a launched website, but a spokesperson told the Houston Press that they should be in place within the next couple of days. The new restaurant has two sister restaurants, Samurai Steak and Sushi in Bellaire and Webster.

Check back with the Press next week, when we will have more information from the owners in regards to the new menu that is currently being tweaked.

Bori, 1453 Witte, began its soft opening July 22 and is currently reservation only from 5 p.m. to 9 p.m. The upscale Korean BBQ spot is not of the all-you-can-eat variety. Instead, diners can choose various cuts of prime beef and pork for barbecuing or opt for one of the meals. There are starters like kimchi pancakes and dumplings, too.

Nawab's Biryani House, 1460 Eldridge Parkway, had its grand opening July 11 in the Energy Corridor. It offers a variety of biryani and curries to choose from, including vegetarian options. For starters, there's chicken Manchurian and chicken Pakoda on the non-veg side. For vegetarians, there are samosas, gobi Manchurian and palak pakora.

Tandoori kabobs and goat dishes such as goat dum biryani and goat masala are also on the menu. Traditional Indian sweets like gulab jamun and rasmalai are on the dessert menu along with typical drink choices like mango lassi and Irani chai. Lunch combos are available Tuesday through Friday from $7.99 to $9.99 and include naan and a soft drink.

Local Poke, 1737 West 34th, opened July 12  in the Garden Oaks/Oak Forest area. This is the third location for the Hawaiian poke joint. The other locations are at 4500 Washington and 11195 Westheimer. Guests can leave the creation to the chefs and go for the signature bowls or opt for the Create Your Own that offers bowls from small ($8.95) to Poke Plus ($13.95). Pick your base, your protein, two sides, mix-ins, sauce and toppings. There's a lot from which to choose, so you might want to write down your choices ahead of time. A hot taco and a cold beer is what you need right now.
Photo by Shane Dante
Memorial Tacos, 7951 Katy Freeway, softly opened June 20. The taco restaurant sells inexpensive single tacos with choices like fish, shrimp, pulled pork, beef or chicken fajita in the $3 to $4 range. There are also options like the Cuban taco with pulled pork, black beans and plantain, and the ropa vieja. Chips with queso ($5), guacamole ($4) or salsa rioja ($3) are great starters and fillers. Beside tacos, there are quesadillas and salads. For liquid refreshment, there's Topo Chico, Mexican Coke, margaritas, beer and wine. 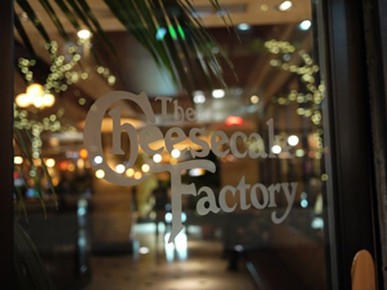 Gelazzi, 3601 White Oak, closed late June
La Vista 101, 1805 West 18th, closed July 8
Pizza Motus, 6119 Edloe, closed late July
KEEP THE HOUSTON PRESS FREE... Since we started the Houston Press, it has been defined as the free, independent voice of Houston, and we'd like to keep it that way. With local media under siege, it's more important than ever for us to rally support behind funding our local journalism. You can help by participating in our "I Support" program, allowing us to keep offering readers access to our incisive coverage of local news, food and culture with no paywalls.
Make a one-time donation today for as little as $1.