Tales From The Top Shelf: Franciacorta 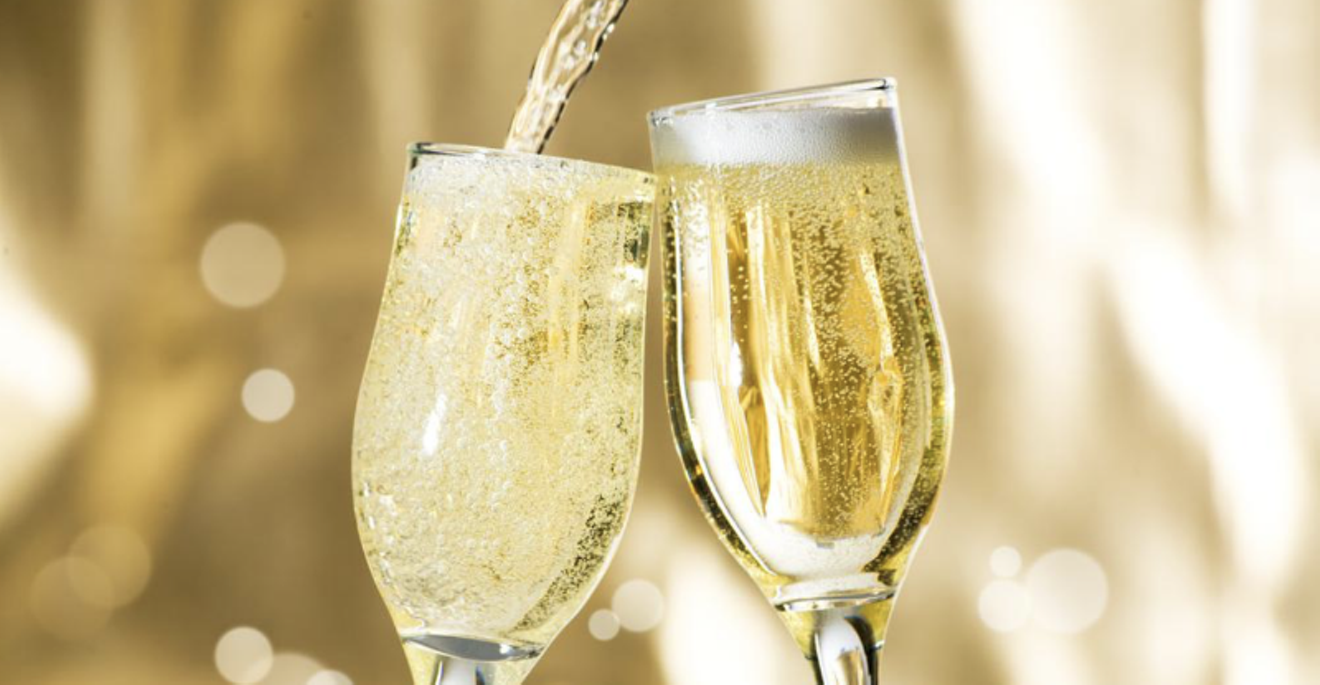 Italy's Franciacorta is made just like Champagne. Screenshot
As January settles in and health regimens return to their normal ketosis-spin class balance, let’s not retire Champagne and the like just yet. Bubbles are great for celebrating, yes, but bubbles can also be that two by four combined with three fireman that wedge the minivan out of the snowdrift you never saw coming. Franciacorta is a fun sparkling to open because it’s as well made as Champagne, but hasn’t quite made it to Ace of Spades status in the club. Think of Franciacorta as Jake Gyllenhaal hot.

Franciacorta is both a wine and a DOCG from Lombardy, Italy.  DOCG stands for Denominazione di Origine Controllata e Garantita and is a distinction given to territories producing the highest quality of Italian wine.  Because Franciacorta is made by the same method and with the same primary grapes as Champagne, tasting Berlucchi Franciacorta next to Taittinger Champagne is a good comparison of growing conditions. The weather in Franciacorta is ideal for making sparkling wines; warm, sunny days ripen the fruit while cool, windy nights chill it back down. The finished product is a little fruitier, while still beautifully acidic, and the finish—toasty brioche, which has a lot to do with it's second fermentation.

Look out, it's right behind you!!!
Photo by Kate McLean
Making a sparkling wine is a two-step process. First, make the wine.  Second, make it bubbly. There are a handful of methods for achieving carbonation, but the most authentic is methode champenoise, where the wine undergoes its second fermentation in the bottle.

Think of it as a Hallmark Christmas Movie gone bad—like really bad. Chardonnay is an acidic career woman who gets trapped in an elevator for 15 months with Yeast, a handsome small town baker, and his grandmother, Sugar. Not only was Chardonnay not able to find the meaning of Christmas, but she ends up eating them both and bathing in Yeast’s dead essence, which she renamed Lee. Clearly she’s gone mad, and that madness manifests into carbon dioxide with nowhere to go.

All sparkling wines that use methode champenoise; Champagne, Franciacorta, Cava, have characteristically tight little bubbles that roll over the tongue, happily exploding with a toasty finish.

Franciacorta is much younger than Champagne and was created by one winemaker who was, as Coolio put it, “an educated fool with money on [his] mind, [had his] ten in [his] hand and a gleam in [his] eye.”

Franco Ziliani was an educated fool, but it was methode champenoise he had on his mind and the hopes of producing something just as good in Italy. He teamed up with Guido Berluccchi, who had the wherewithal to make it happen and in 1961, 3,000 bottles of sparkling Pinot de Franciacorta hit the market.  When shopping for Franciacorta, Berlucchi is the most iconic of producers, and the first to try. Ferghettina is a close second.

When opening Franciacorta, or any sparkling wine, a whisper in the wind is more elegant than a big pop. Positioned at a 45 degree angle, cage open, but still intact, and with a firm hand on the cork, slowly twist until it pushes itself out. Sabering on the other hand, does deserve a big pop— and a crowd standing nearby.

To successfully saber a bottle there are two things that need to happen. First, submerge the neck in ice cold water for at least 15 minutes. Second, using a sword, or even a butter knife, quickly and firmly guide it up the seam of the bottle, aiming for the lip.  Off with its head it goes!

Contrary to beer, any sparkling wine is meant to be poured with gusto. It’s okay if some bubbles get knocked out in the process.

“While flutes are cute, the coupe or a white wine glass is much more appropriate glassware for sparkling wine. It’s wine after all, and enjoying out of a larger stem allows the aromas to fully represent themselves,” Brian Brossa, owner of Enoteca Rossa explains.

“Besides, wouldn’t you want to drink out of a glass crafted after Marie Antoinette’s breast anyway?” It’s true, the coupe was created to be an exact replica.
KEEP THE HOUSTON PRESS FREE... Since we started the Houston Press, it has been defined as the free, independent voice of Houston, and we'd like to keep it that way. With local media under siege, it's more important than ever for us to rally support behind funding our local journalism. You can help by participating in our "I Support" program, allowing us to keep offering readers access to our incisive coverage of local news, food and culture with no paywalls.
Make a one-time donation today for as little as $1.