Houston's Best Sandwiches: 6 Quick Stops When You're On the Go 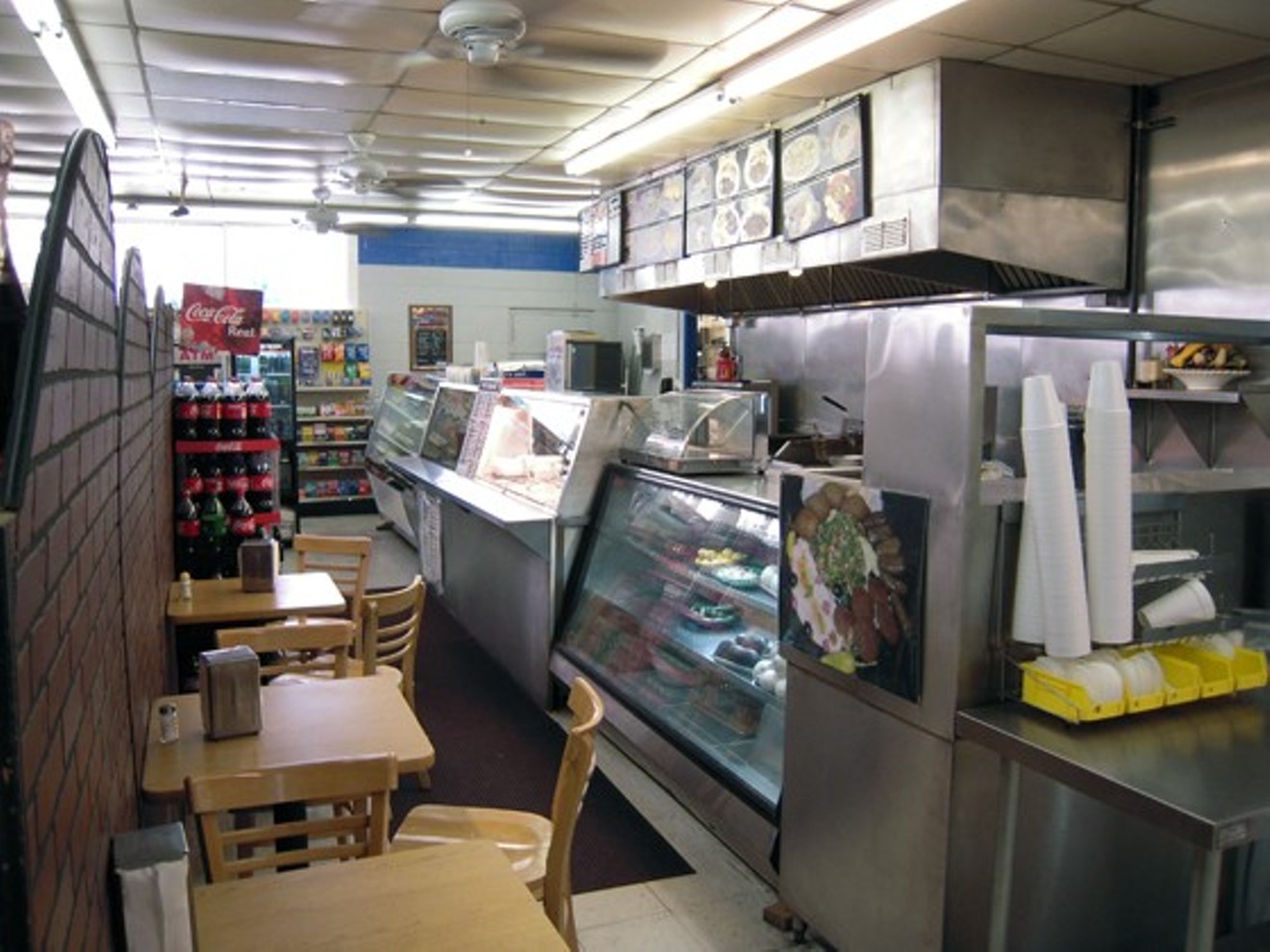 The tiny deli counter inside AL Quick Stop produces some killer Mediterranean flavor. Photo by Jeff Balke
During the holidays, there are lots of errands to be run, things to be done, events to plan and attend. Sometimes, you don't have time to stop for a full meal, but grabbing a burger through a drive through seems kinda gross, right? (Well, for the most part.)

Sandwiches are basically the perfect to-go food. You get them quickly and hit the road. Plus, they typically just require one hand, so easy to handle in the car (though you should not eat when you drive, danger girl). If you are in a hurry and need a quick sandwich fix, here are seven good local places to grab and go.

It should be noted that several of our Best Sandwich offerings would make great quick stops as well including Antone's, Brooklyn Meatball Company, Neilsen's and a number of others. So, we aren't going to double up here and will instead focus on ones not yet mentioned.

Sitting on the counter of the Supreme Sandwiches deli counter are pre-made sandwiches ready to go in a heartbeat. But, there are plenty of options to be had by custom order as well. Always inexpensive and always fast with quality ingredients, Supreme, which has been around since 1967, is a great fast option. Try the pimento cheese for an unexpected treat.

Next to live music venue Rudyard's in the Montrose, this convenience store plus eatery has some of the most surprisingly good middle eastern-inspired fare in town. As such, all of the sandwiches have a Mediterranean flair from the gyro sandwich to labneh or kibbeh or falafel. Plus, nothing says fast like a convenience store.

Sandwiches on rolls have different names in different parts of the country. Subs, grinders, heroes and hoagies are all essentially the same thing, but with different origins. The north side's Mr. Hoagies is in the tradition of Italian hoagie shops from the northeast with everything from cheesesteaks to chicken parm to classic Italian sub...er...hoagies.

Another Philly-style sandwich shop north of town is Rocky's. Cited by chefs as one of the better sandwiches in town, the cheesesteak is the thing at this little pizza/sandwich shop. These little hole in the wall shops are often where the best sandwiches come from.

In downtown where most of the lunchtime crowds are underground in the tunnels, the smart lunch money is spent on the street at Zero's. The signature sandwich is an Italian concoction with ham, salami, mozzarella and olives. But, all of the options at Zero's are fresh and tasty.

Tucked behind a Target on 290 is a little sandwich recently taken over by an Egyptian couple that has added some of its own touches to the standard deli including some delicious shawarma. The bread is always fresh, which is key, and the options are plentiful. It's a hidden gem on the northwest side.
KEEP THE HOUSTON PRESS FREE... Since we started the Houston Press, it has been defined as the free, independent voice of Houston, and we'd like to keep it that way. With local media under siege, it's more important than ever for us to rally support behind funding our local journalism. You can help by participating in our "I Support" program, allowing us to keep offering readers access to our incisive coverage of local news, food and culture with no paywalls.
Make a one-time donation today for as little as $1.