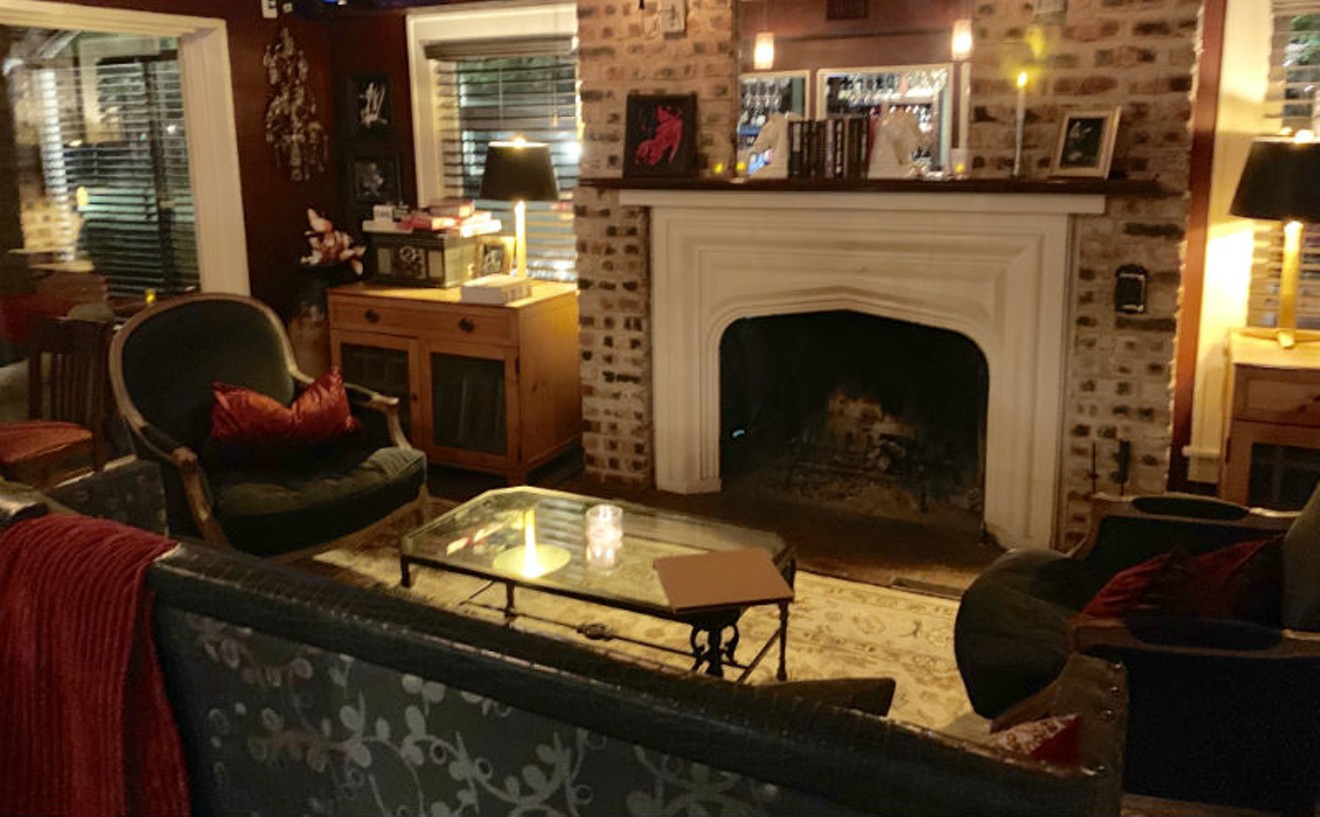 "Bunny, I think I'll take my martini in by the fireplace." Photo by Kate McLean

After a bottle of wine and a few baked goods Agora fell into Boheme’s arms. She felt his bicep tighten under the pressed white Calvin Klein oxford as he caught her, pulling her up into his arms. She could smell the sun on his chest mixed with a hint of something she couldn’t place. Closing her eyes, she waited, content with whatever he decided to do next.

Nine months later they had a baby named Bacco Wine Garden, a late night joint that resembled the best parts of both parents– except they don’t serve coffee, and aren’t actually affiliated.

With three bars open and another on the way, Bacco is positioning itself as a neighborhood joint; West University, Montrose, Braeswood and next up: The Heights. The wine list, curated by owner Scott Jarnagin, is highlighted by varietal with the exception of Burgundy and Bordeaux, of course. The menu is tight and said to be consistent from location to location.

“I’ve worked with a million wines and haven’t heard of some of these labels,” says bartender Guy Nunn whose spent 15 years slinging wine for Richard’s Liquors and Fine Wines, the Warwick, the Toyota Center, and La Tour D’Argent to name a few.

Food offerings consist of flatbread pizzas, dips, and steamed mussels to soak up all that juice, but that’s not even the best part. Weekly food specials that link ribeye, burger, pizza, and lobster/mussels with a bottle of wine—still not the best part.

Bacco is special because it feels like home— just not your home. Decor flits from room to room, corner to corner as quickly as daytime channel surfing. Art mimicking Picasso, Kandinsky, and the like emotes off the wall and into the space with every shift in seating motif. Want to play "adult" with a dining room table for six? Relaxing in aunt Claudia’s sitting room circa 1950? Tucked away in dark alcove, barely lit, for a quiet conversation? It’s all here, all ready to be played out whether solo, a party of two, or with the whole crew in tow.

“Help yourself, go wherever you want too, do whatever you want, explore the property and enjoy some value-oriented wines from all over the world in the process,” Nunn encouraged.

Oh, and picture frames of hard bods in the women’s restroom is never a bad touch.

Bacco Wine Garden Montrose
3611 Montrose
Wednesday through Saturday get those food orders in before 11:30.
346-444-5275
Baccowinebars.com 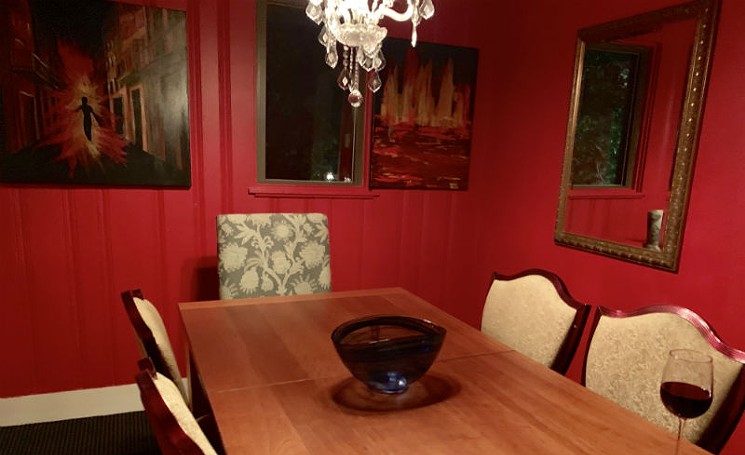 "How was your day, honey?
Photo by Kate McLean
KEEP THE HOUSTON PRESS FREE... Since we started the Houston Press, it has been defined as the free, independent voice of Houston, and we'd like to keep it that way. With local media under siege, it's more important than ever for us to rally support behind funding our local journalism. You can help by participating in our "I Support" program, allowing us to keep offering readers access to our incisive coverage of local news, food and culture with no paywalls.
Make a one-time donation today for as little as $1.