Tales From The Top Shelf: Poitín 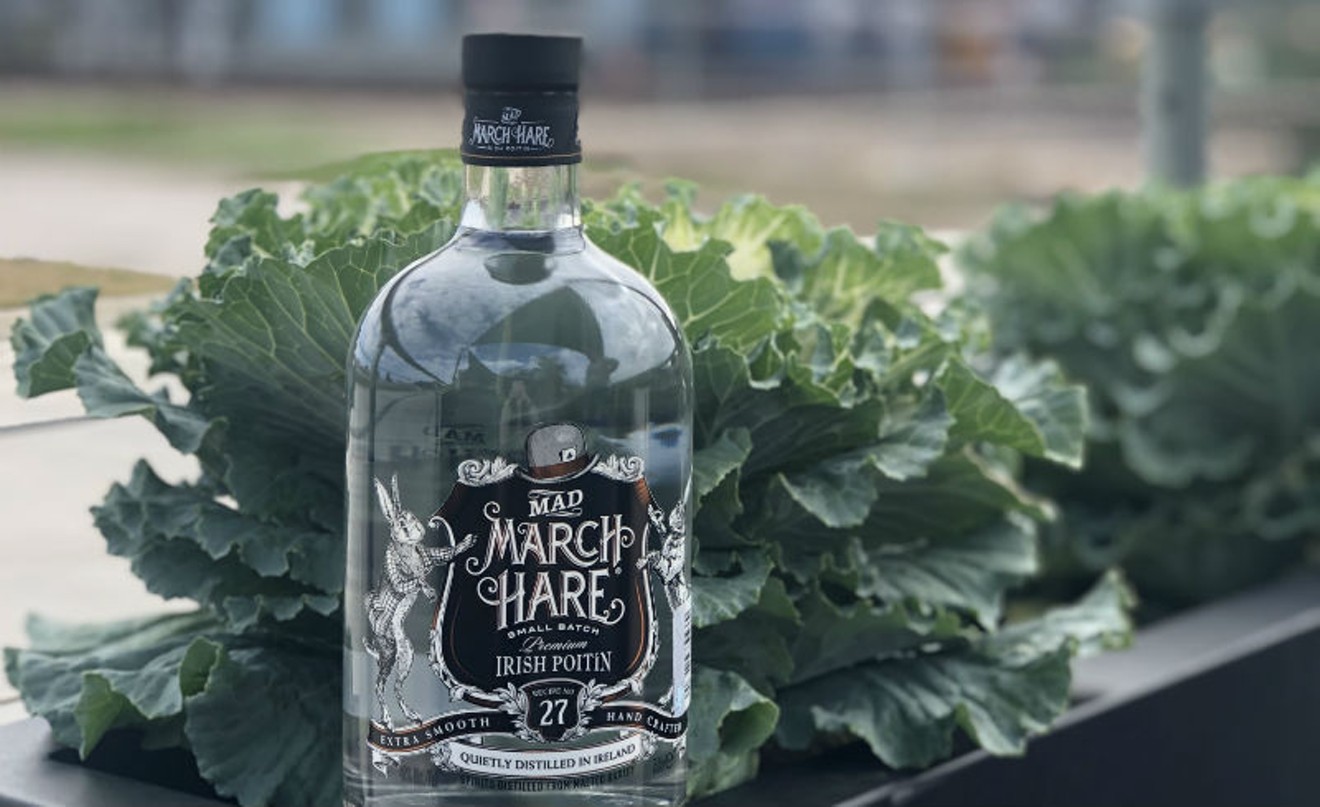 Poitín can be found all over the beverage menu at Poitín Bar & Kitchen. Photo by Amanda Calderon
Ah, the tasty moonshine of Ireland. Enjoyed as a sipper or a shooter, Poitín, at its bones is smooth, strong and floral in both flavor and scent. Sarah Cuneo, beverage director for Poitín Bar & Kitchen, features this versatile spirit all over the cocktail menu from the brunch michelada hybrid “Hare-o-Dog,” to a play on the gin and tonic, “P&T,” to the earthy, “Monk’s Mushroom.” “Not only is Poitín easy to work with, it boasts a uniqueness in both flavor and history.”

Pronounced “potcheen,” it meant “water of life” to the Christian monks who first began distilling the spirit in the sixth century. Though their new home was strikingly beautiful it also turned out to be kind of cold as well as rumored to have been inhabited by werewolves. What to do, what to do. While a correlation between the two isn’t exactly proven, upon arriving they decided to make some alcohol—and fast.

Remember in the 1600s when the English were pissing everyone off and totally desperate for booze? Well, SOMEBODY went and told them about what the Irish were making and typical seventeenth century England decided they’d take it AND make them pay a tax. The Irish were like “what moonshine,” and totally denied its existence which threw King Charles into a fit thus outlawing it all together. Pretty dramatic, though the Irish were like “whatever” as they continued to stealthily stoke copper still fires under the cover of foggy nights. Poitín quickly became a symbol of defiance and liberation—a good old-fashioned middle finger to the English. It wasn’t until 1997 that the ban was lifted.

Whereas Irish whiskey can be thrown under the same umbrella as Bourbon and Scotch, Poitín, as described by Ian Tucker owner of Poitín Bar & Kitchen, is “uniquely Irish.” Interestingly, it isn’t required to be produced in Ireland and there are Irish distillers, like Ollie Mulligan with Great Wagon Road Distillery, making it stateside. With the tradition of how being passed down through generations the process has remained well kept. Poitín can be made from many things—barley, malted barley, potatoes, even beets, sugar, wheat, whatever was available when times got tough. Often unaged, Poitín on today’s market is typically distilled three times.

Taking a shot of Mad March Hare, an Irish Poitín “quietly distilled in Ireland,” is an excellent place to start.  Sláinte!
KEEP THE HOUSTON PRESS FREE... Since we started the Houston Press, it has been defined as the free, independent voice of Houston, and we'd like to keep it that way. With local media under siege, it's more important than ever for us to rally support behind funding our local journalism. You can help by participating in our "I Support" program, allowing us to keep offering readers access to our incisive coverage of local news, food and culture with no paywalls.
Make a one-time donation today for as little as $1.