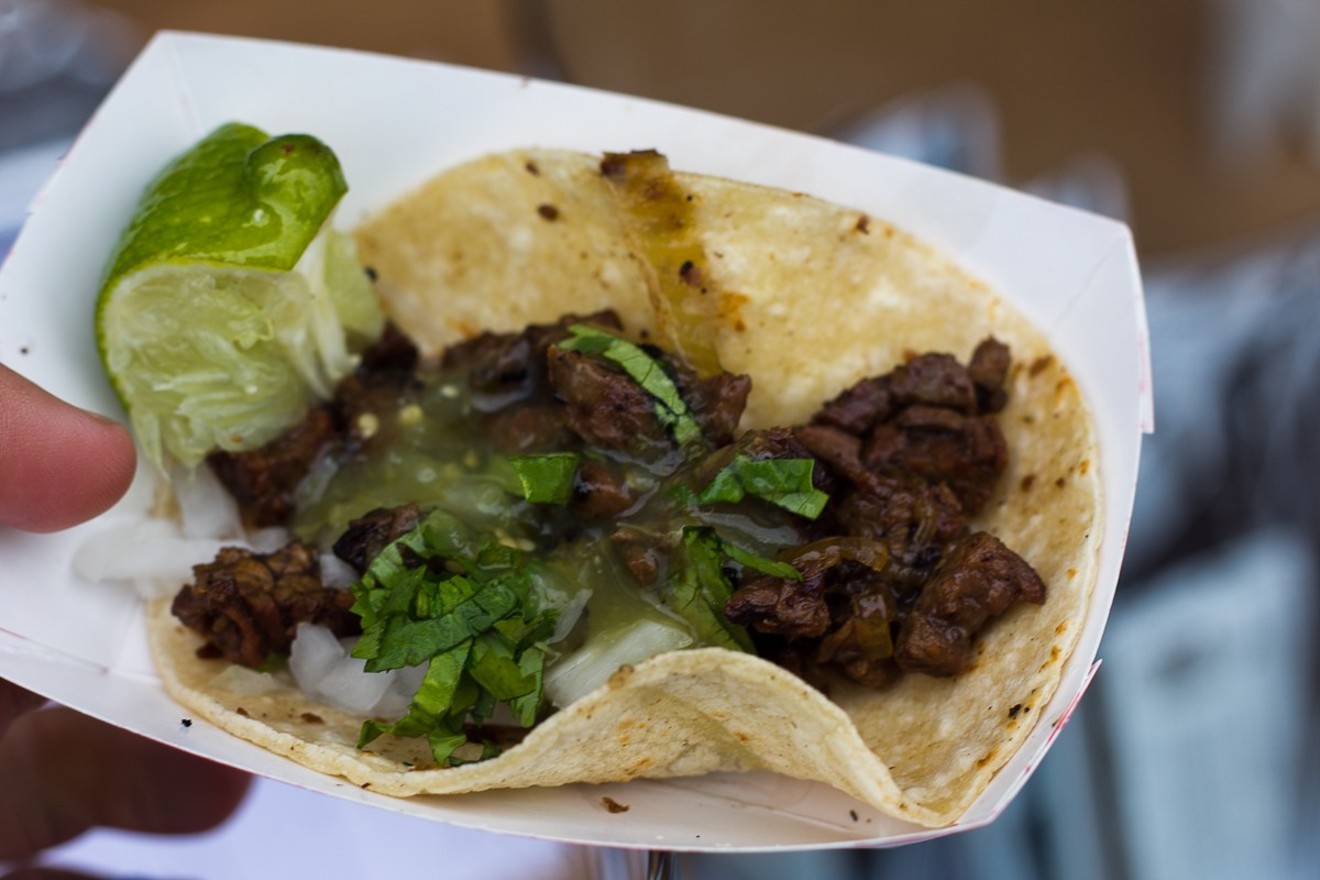 Photo by Francisco Montes
Here’s a look at this weekend's best culinary happenings:

The inaugural Great State of Texas Food Truck Festival seeks to showcase the diversity of Houston’s culinary community alongside local musical talent in a family-friendly atmosphere. Tickets are $10 and free for kids 12 and under.

Compartiendo Recuerdos - Around the Table with Family at Finca Tres Robles

Finca Tres Robles invites guests to join chef Cesar Cano for an evening on the farm in celebration of the love and memories that are created through food. The Compartiendo Recuerdos - Around the Table with Family event will include a family-style dinner with multiple courses, plus craft beer, wine and dessert. The event runs from 5:30 to 10 p.m. with farm tours from 6 to 6:30 and dinner at 7. Tickets are $65 each.

Taco fanatics can enjoy the goods from more than 20 challengers alongside tasty beer at 8th Wonder’s fourth annual Gr8 Taco Challenge. This year’s lineup of competitors includes Superica, Mastrantos, Lazy Oaks Beer Garden, Hay Merchant, Good Dog, Rudyards, Tropicales, Indianola and more.Tickets are $40 and include three beer tokens, a souvenir glass and tacos from each challenger. Note: this event has sold out every year, so act now if you want to snag a spot.

The HOU-ATX BBQ Throwdown invites top restaurants from Houston and Austin to determine who reigns supreme when it comes to Texas barbecue, with the lineup including Interstellar BBQ and Micklethwait Craft Meats (Austin); Daddy Duncan's BBQ, Khoi Barbecue and Tejas Chocolate + BBQ (Houston); and more. Tickets ($70 for GA and $130 for VIP) include samples from each of the barbecue competition entries as well as Saint Arnold beer.

The community is invited to celebrate the opening of the Community Garden at Hope Farms this Sunday. Attendees can enjoy fresh food and Tito’s Handmade Vodka libations made with fresh local ingredients, as well as an interactive art wall and music from legendary Houston rapper Bun B. Tito’s will also provide Hope Farms market vouchers to neighborhood families and city locavore advocates, empowering them to eat and live healthier. Admission is free and open to the public.
KEEP THE HOUSTON PRESS FREE... Since we started the Houston Press, it has been defined as the free, independent voice of Houston, and we'd like to keep it that way. With local media under siege, it's more important than ever for us to rally support behind funding our local journalism. You can help by participating in our "I Support" program, allowing us to keep offering readers access to our incisive coverage of local news, food and culture with no paywalls.
Make a one-time donation today for as little as $1.