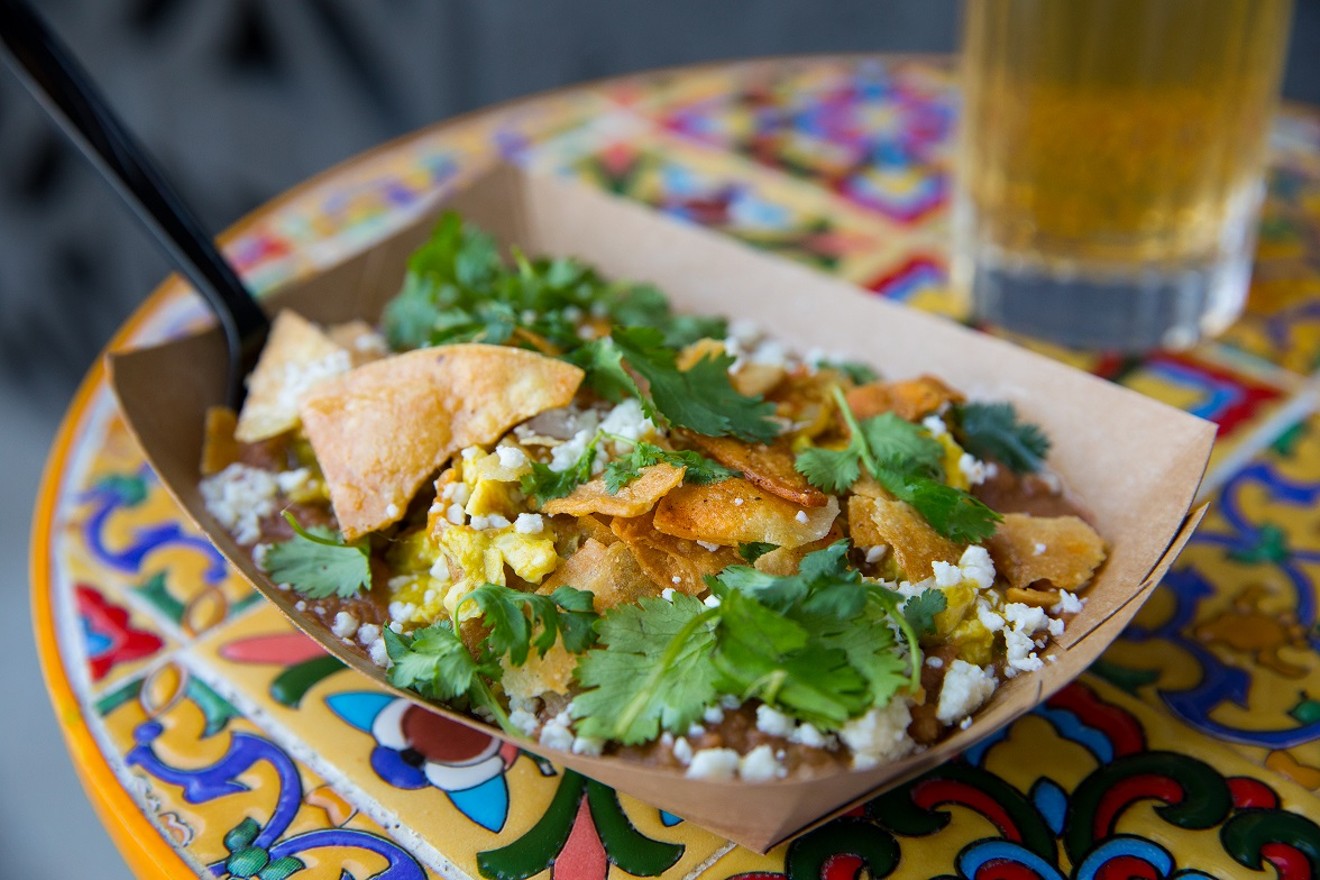 Earlier this week, Monkey’s Tail, 5802 Fulton, rolled out a series of new offerings, including Steak Night, Taco Tuesday and Weekend Brunch. Steak Night will be held on Mondays and will include a 14-ounce ribeye or strip, or a 16-ounce double-bone pork chop, plus a loaded baked potato, elote and chimichurri sauce for $17 (add bottles of Forty Ounce Wine for $20 a pop). Taco Tuesdays feature chicken or beef fajita tacos, barbacoa or pastor tacos and quesadillas in addition to a variety of sides; and weekend brunch will be held on both Saturdays and Sundays from 11 a.m. to 4 p.m., with dishes from bread stick churros to huevos rancheros pizza.

Throughout the Astros playoffs, Burger Joint, 2703 Montrose, will be giving away FREE milkshakes for every Astros Home Run to all patrons onsite during the game. The joint will also have its Crush City Dreamcicle Shake. Weights and Measures, 2808 Caroline, will also get in on the action, offering happy hour at the bar during all Astros playoff games.

October 2019 marks the 36th anniversary of one Backstreet Cafe, 1103 South Shepherd, and to celebrate, Backstreet will offer some incredible pours all October long. Guests can get Krug Grand Cuvee Champagne at $36 per glass any time, day or night, plus a special tasting menu showcasing of its favorite creations, designed to be paired with a flight of landmark California wines ($36 for three courses, plus $36 for the optional wine pairing). The 36th Anniversary Menu features choices such as a petit crispy lobster sandwich, black pepper tagliatelle, duck confit with pomegranate sauce, beef short rib with creamy polenta and a rustic apple pie with salted caramel and mascarpone cheese ice cream.

Get King's Oktoberfest menu at all three locations all month long.
Photo by Philipp Sitter
In addition to hosting its yearly King's Oktoberfest celebrations (Friday, October 4 through Sunday October, 6 at King’s Biergarten, 1329 East Broadway; and Friday, October 18 through Sunday, October 20 at King’s BierHaus Heights, 2044 East T.C. Jester), King’s has also rolled out a brand new Oktoberfest menu, available now through the end of October at all of its locations, including King’s BierHaus League City. The menu features a variety of Oktoberfest biers available by the liter and half-liter, plus smoked turkey legs, a two-and-a-half-pound pork shank and Oktoberfest samplers with wursts and schnitzel.

French Country Wines, 2433 Bartlett, continues its Introduction to French Country Wines series on Thursday, October 10 and Friday, October 11 from 7 to 9 p.m. With the holidays right around the corner, the topic of the class will be holiday timely – the art of pairing wines and foods, featuring five wines for tasting and pairing. Those attending the class will also receive a ten-percent discount off the purchase price of any of the wines discussed. Cost for the class is $48 per person plus tax. Reservations are required as seating is limited. Call 713-993-9500 for information. www.frenchcountrywines.com

The 41st Annual Festa Italiana will be held at the University of St. Thomas, 3800 Montrose, from Thursday, October 10 to Sunday, October 13. Mangia on baked artichoke hearts, chicken marsala, bruschette, meatball sandwiches, Italian sausage-on-a-stick, lasagna, spaghetti, pizza, and desserts from cannoli and assorted Italian cookies to gelato and Italian water ice, then top it all off with wines and beers, espressos and cappuccinos and so much more. This year will see the return of vendors including Piatto Ristorante, Maggiano’s, Fellini Caffe, Michael’s Cookie Jar and Orion Water Ice, mixed in with newcomers like Satellite of Pizza and an authentic bruschetta booth by Trips 2 Italy. Admission is free Thursday all day and Friday until 4 p.m. (after 4 p.m. Friday, admission is $8 for adults and free for children 12 and under). Reservations for festival activities, advance online tickets, and food and beverage packages can be bought on Eventbrite.

City Acre Brewing, 3418 Topping, will host its 2019 Oktoberfest on Saturday, October 12 from noon to 5 p.m., featuring an Acre-wide autumn celebration with exclusive beer releases (including the crowd-pleasing Stadtplatz Oktoberfest), an Oktoberfest costume contest, plenty of games and fun, and an all-you-can-eat German buffet crafted by chef Rick Kelsay. Attendance is free, with Earlybird VIP ticket packages that include an exclusive, commemorative pint glass, early admission (from 11 a.m. to noon), three beers and access to the buffet for $32.95.

Tacolandia, the annual Houston Press celebration of all things taco, is right around the corner, scheduled for Saturday, October 19 from 4 p.m. to 7 p.m. at The Water Works at Buffalo Bayou Park, 105 Sabine. Now in its fifth year, the outdoor taco-sampling event will feature samples of Houston’s best tacos from more than 30 restaurants, with confirmed participants including Ambriza Social Mexican Kitchen, Blanco Tacos and Tequila, Chilosos Taco Stand, Peli Peli and more. General admission tickets start at $25, with VIP tickets starting at $65.
KEEP THE HOUSTON PRESS FREE... Since we started the Houston Press, it has been defined as the free, independent voice of Houston, and we'd like to keep it that way. With local media under siege, it's more important than ever for us to rally support behind funding our local journalism. You can help by participating in our "I Support" program, allowing us to keep offering readers access to our incisive coverage of local news, food and culture with no paywalls.
Make a one-time donation today for as little as $1.