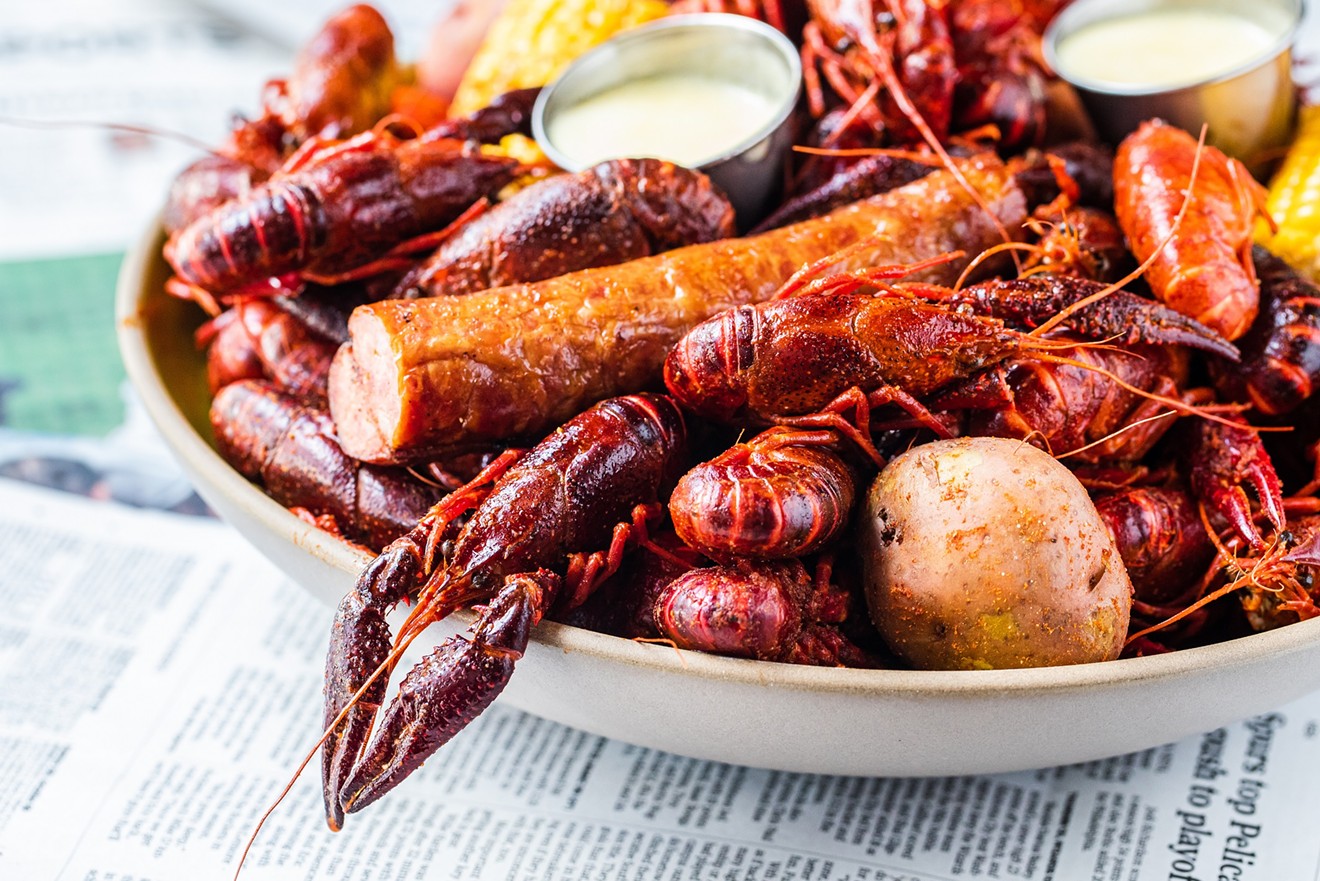 Then from Tuesday, January 24 through Monday, January 30, all locations will be hosting a bake sale, with all proceeds of featured LLS baked goods going to the Leukemia and Lymphoma Society of Houston.

Year of the Rabbit Cooking Class at Central Market Houston

In celebration of the Chinese New Year and Year of the Rabbit, legendary television icon chef Martin Yan will host a cooking class at Central Market Houston, 3815 Westheimer, beginning at 6:30 p.m. Featured dishes include roast chicken salad with seasonal fruits, seafood in a golden cup, celebration sweet and sour fish and wok-tossed longevity noodles. Tickets are $90 per person including a meal and wine pairings.

Drink & Learn at Brennan’s of Houston


Rainbow Lodge, 2011 Ella, is kicking off 2023 and the Houston Rodeo season with its annual game and ranch dinner, Bison, Bourbon and Brims. This year, chef Mark Schmidt has created a New Mexico-inspired dinner featuring free-range meats and wild-caught seafood sourced from Santa Fe’s Beck & Bulow and its team of butchers, ranchers and fishers. Guests are invited to dress in festive rodeo attire and enjoy a bourbon reception at 6 p.m., followed by the seated dinner at 7 p.m. Tickets are $195 per person all inclusive.

January 22 marked the beginning of the Chinese Lunar New Year, and the start of the annual celebrations at Phat Eatery, 23119 Colonial Parkway. To welcome the Year of the Rabbit, the restaurant will offer seatings on Friday, January 27 at 7 p.m.; Saturday, January 28 at 11:30 a.m.; and Sunday, January 29 at 11:30 a.m. (early arrival advised, no walk-ins). At each seating, guests can enjoy a special five-course tasting menu — from dim sum offerings like lobster dumpling, caviar shrimp siu mai and XO carrot cake to 44 Farms beef short rib rendang — plus Lion Dance performances by Lee Golden Dragon. Prepaid reservations are $88 per person (service included) and $28 for children ages 4 to 12 (includes choice of pineapple fried rice or chicken stir-fried noodles and ice cream).

Asia Society Texas, 1370 Southmore, will ring in the year of the Rabbit with its free, all-ages Lunar New Year Festival on Saturday, January 28 from 10 a.m. to 11 p.m. Guests can expect performances including lion dancing, art and craft activities, interactive story times, and food inspired by Lunar New Year traditions across Asia. There is no admission to attend (RSVPs are requested); but the Spring Festival: Splendor of Huaxing performances at 1 and 3 p.m. are ticketed at $10 each (AST members receive 35 percent off).

Coltivare, 3320 White Oak, is ready to celebrate Dry January with its month-long, zero-proof cocktail menu. This year, the beverage team has curated an all-new menu in collaboration with Sipple, with drinks including The Perfect Storm (like a Dark & Stormy) and the Not & Tonic, a non-alcholic riff on the restaurant’s popular Gin & Tonic made with elderflower tonic, grapefruit, mint and green peppercorn.

Kenny & Ziggy’s, 1743 Post Oak, will be featuring its own inhouse bakery, Kenny & Ziggy’s Cakeworks, offering a specialty cake each month for the next six months with discounted prices for slices or whole cakes. First up will be Wolfie’s Famous Victory Cake, a nod to one of the country’s famous Jewish delicatessens that features seven layers of chocolate cake and whipped cream under cream icing and a chocolate dribble rim. For all of January, cake slices will be $10.95 each or $55.95 for an entire cake (entire cake orders should be done two days in advance).

This month, Kolache Shoppe will feature Boudin Kolache (a collab with Spring's La Boucherie), Strawberries & Cream Kolache, and Spiced Pumpkin Lattes. Grab the specials Thursday-Saturday at the Greenway Shoppe and Friday-Sunday at the Heights and Kingwood Shoppes.

Fresh Louisiana style crawfish shack Boil House, 606 East 11th, has officially reopened for the 2023 crawfish season, currently open Saturdays and Sundays from 11 a.m. until sold out and expanding hours as the season goes on.

Daiq’s, 7333 West Sam Houston Parkway South, will be serving up its Cajun crawfish by the pound, with potatoes, corn and andouille sausage, and in seafood specialty dishes throughout crawfish season.

Lotus Seafood has welcomed Crawfish Season at all five Houston area locations, offering Cajun crawfish for $10 per pound (with a two pound minimum).

Monkey’s Tail, 5802 Fulton, has officially kicked off crawfish season featuring regular or jalapeño flavoring at a current price of $10 per pound (prices are expected to drop later in the season). Crawfish will be available for dine-in and to-go Thursday through Sunday.

Orleans Seafood Kitchen, 20940 Katy Freeway, announced the return of its Louisiana crawfish currently starting at $9.99 per pound (pricing will drop as the season progresses).

Southside Sporting Club, 11110 West Airport, has weekend seafood boils from 11 a.m. to 4 p.m. every Saturday and Sunday, plus live Zydeco bands every Saturday.

Cirque du Soleil’s KOOZA is returns to Houston for the first time in over a decade on January 25 and running through March 5; and in celebration, avant-garde Spanish restaurant MAD, 4444 Westheimer, has created a special menu inspired by art, gastronomy and entertainment. The FOUR ACTS menu ($70) and optional wine pairing menu (+$45) will be available during the duration of the show’s time in Houston.

Tiff’s Treats is bringing the warmth with its new limited-time promotion: customers can get six cookies for $6 every day after 4 p.m. when ordering ahead for pickup by using the code “GET6FOR6.” The deal runs through February 13 and features unlimited half-dozens, including the back for January red velvet cookie.
KEEP THE HOUSTON PRESS FREE... Since we started the Houston Press, it has been defined as the free, independent voice of Houston, and we'd like to keep it that way. With local media under siege, it's more important than ever for us to rally support behind funding our local journalism. You can help by participating in our "I Support" program, allowing us to keep offering readers access to our incisive coverage of local news, food and culture with no paywalls.
Make a one-time donation today for as little as $1.