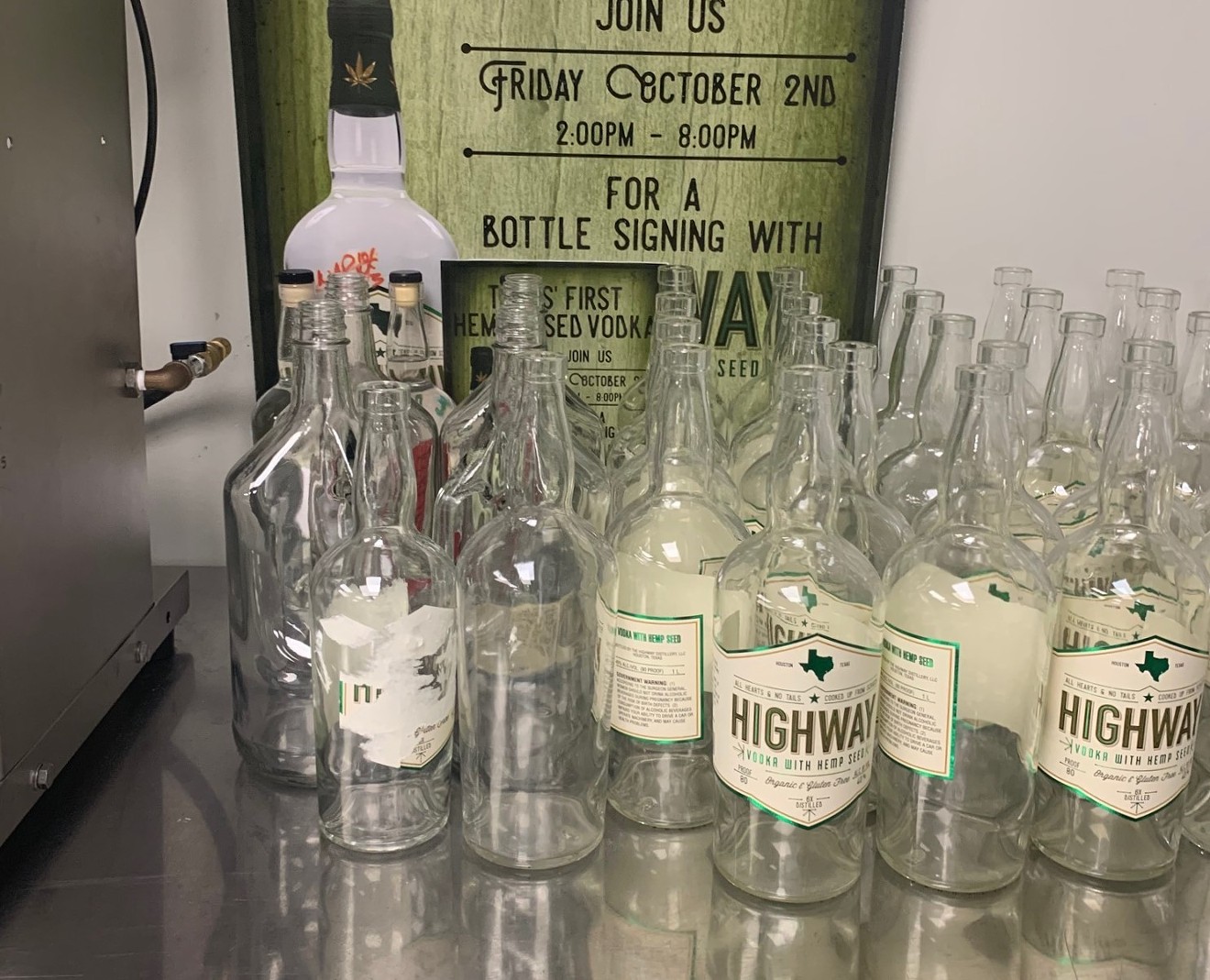 Highway Vodka is made from hemp and corn for a smooth taste and viscous texture. Photo by Erika Kwee
“The great thing about our vodka is that it won’t give you a hangover,” This was the line that made all of our ears collectively perk up during a tour of the Highway Vodka distillery just in time for National Vodka Day (Monday, October 4).

“The hemp oil acts as another layer of filtration—it filters out all the impurities for no hangover,” said Codi Alyn, manager and distiller at Highway Vodka. Sure enough, she took us into a room where you could see thick dark bands across jugs of fermenting vodka where the hemp oil had risen to the top. 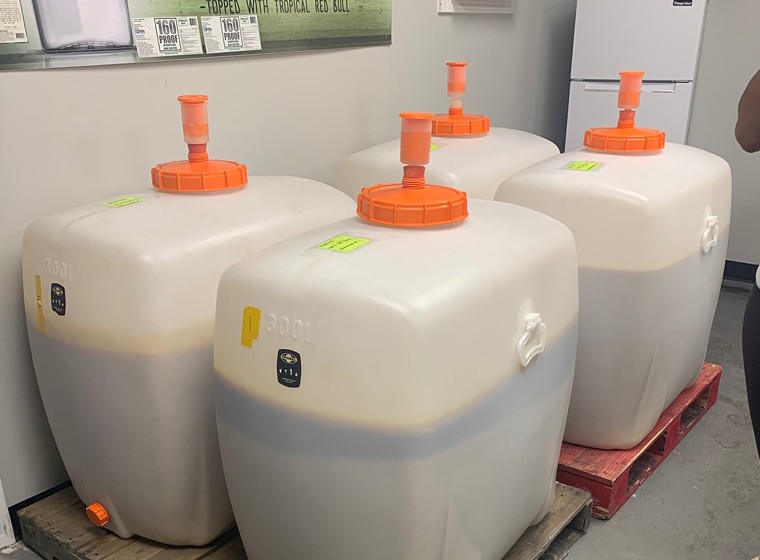 In the fermenter, you can see the darker bands of hemp oil rise to the top.
Photo by Erika Kwee

This Black-owned distillery, located in South Houston, is the creation of Alyn’s dad and uncle, Ben Williams and Wendell Robbins III, who started as co-owners of a bar called Scrappy Brown’s in Third Ward. After visiting friends in California who owned a dispensary, Williams started experimenting with distilling hemp seeds (eventually settling on a mix of hemp and corn). During one batch, he decided to throw in the hemp oil in rather than filter it out (“out of laziness” said Alyn) and it turned out to be his best batch yet.

These early batches got rave reviews from customers at Scrappy Brown and soon after, they started winning blind taste tests. As we conducted our own taste test, we had to agree—it was one of the smoothest vodkas we’d ever tried. (And upon further, more extensive testing, I can confirm that no hangovers were had.)

Codi Alyn is the youngest black female distiller in the country.
Photo by Dareas Scott

Alyn, who was recently bestowed with the honor of the title of youngest black female distiller in the country, says that covid has actually helped push them in the right direction—orders are flowing in.

Highway is planning to release some limited-edition hemp-based whiskey that is currently aging in American oak barrels.
Photo by Erika Kwee

Highway Vodka is sold all across Texas and has expanded distribution to several other states, including Georgia and California. In addition to vodka, Highway is also planning to release some limited-edition hemp-based whiskey that is currently aging in American oak barrels.

Craving a full tasting experience? In 2022, Highway Vodka plans to open a tasting room with music on the same property as the distillery.
KEEP THE HOUSTON PRESS FREE... Since we started the Houston Press, it has been defined as the free, independent voice of Houston, and we'd like to keep it that way. With local media under siege, it's more important than ever for us to rally support behind funding our local journalism. You can help by participating in our "I Support" program, allowing us to keep offering readers access to our incisive coverage of local news, food and culture with no paywalls.
Make a one-time donation today for as little as $1.