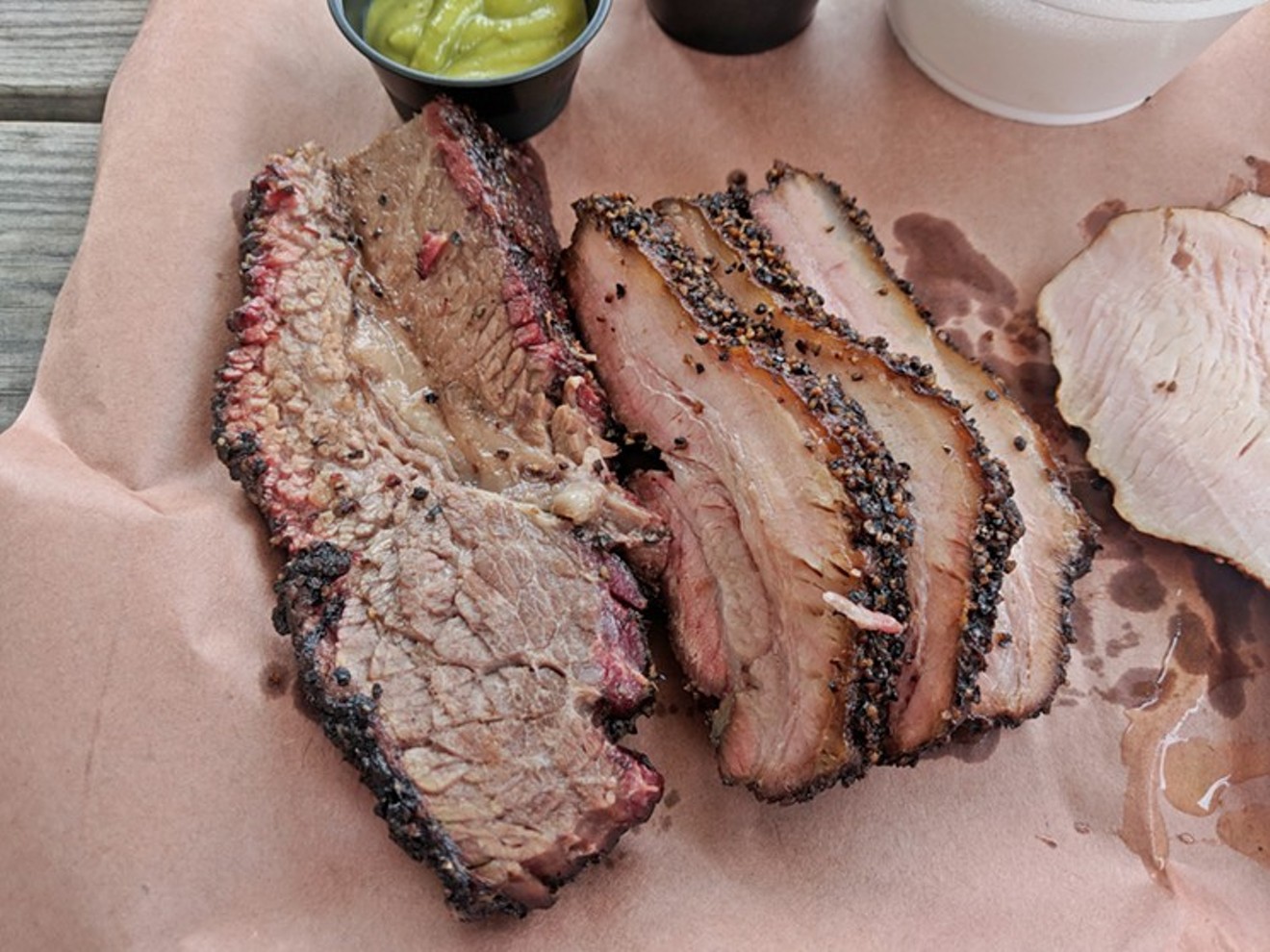 See why Tejas Chocolate + Barbeque is considered one of Texas' finest at the Houston Craft BBQ + Beer Festival. Photo by Carlos Brandon
Here's a look at this weekend's tasty food and drink happenings:

Raclette Party on the Patio at Montrose Cheese & Wine

The wine and cheese shop continues its après-ski Raclette Party series, bringing a full wheel of melty raclette cheese to its patio for a day of fun. Get cheese-loaded plates of potatoes with caramelized onions, cornichons and baguette slices for $22 ($26 with charcuterie).

Moving into its fifth year, the 2022 Butchers Ball returns to Brenham’s Rockin’ Star Ranch, showcasing independent farmers and ranchers throughout Texas that are engaging in ethical and sustainable production systems, along with a diverse selection of Texas chefs and culinary leaders who support them in their restaurants and food businesses.

The fun kicks off with a farm-to-table dinner on Saturday, followed by the festival and coveted Golden Cleaver Competition on Sunday. The rockstar chef lineup includes Alex Au-Yeung of Phat Eatery, Alex Padilla of The Original Ninfa’s on Navigation, Ara Malekian of Harlem Road Texas BBQ, Bobby Matos and John Quinn of State of Grace and La Lucha, Jasmine Barela and Willow Villarreal of Willow’s Texas BBQ, Jess DeSham Timmons of Camellia Monday, Tiffany Derry of Roots Southern Table, Victoria Elizondo of Cochinita & Co. and a whole lot more. Tickets are $200 for the kickoff dinner and $175 for the festival, and the event raises funds for Urban Harvest and its ongoing farmers markets and educational programming.

Sunday Press continues its women-led Sunday Supper series with a French inspired meal from Lena Trang, owner of Lena’s Asian Kitchen. The popular suppers support I'll Have What She's Having and its mission to improve health in the hospitality industry and support women's entrepreneurship in the food and beverage industry. Tickets are $150.
KEEP THE HOUSTON PRESS FREE... Since we started the Houston Press, it has been defined as the free, independent voice of Houston, and we'd like to keep it that way. With local media under siege, it's more important than ever for us to rally support behind funding our local journalism. You can help by participating in our "I Support" program, allowing us to keep offering readers access to our incisive coverage of local news, food and culture with no paywalls.
Make a one-time donation today for as little as $1.