Inside the Glass: David Keck 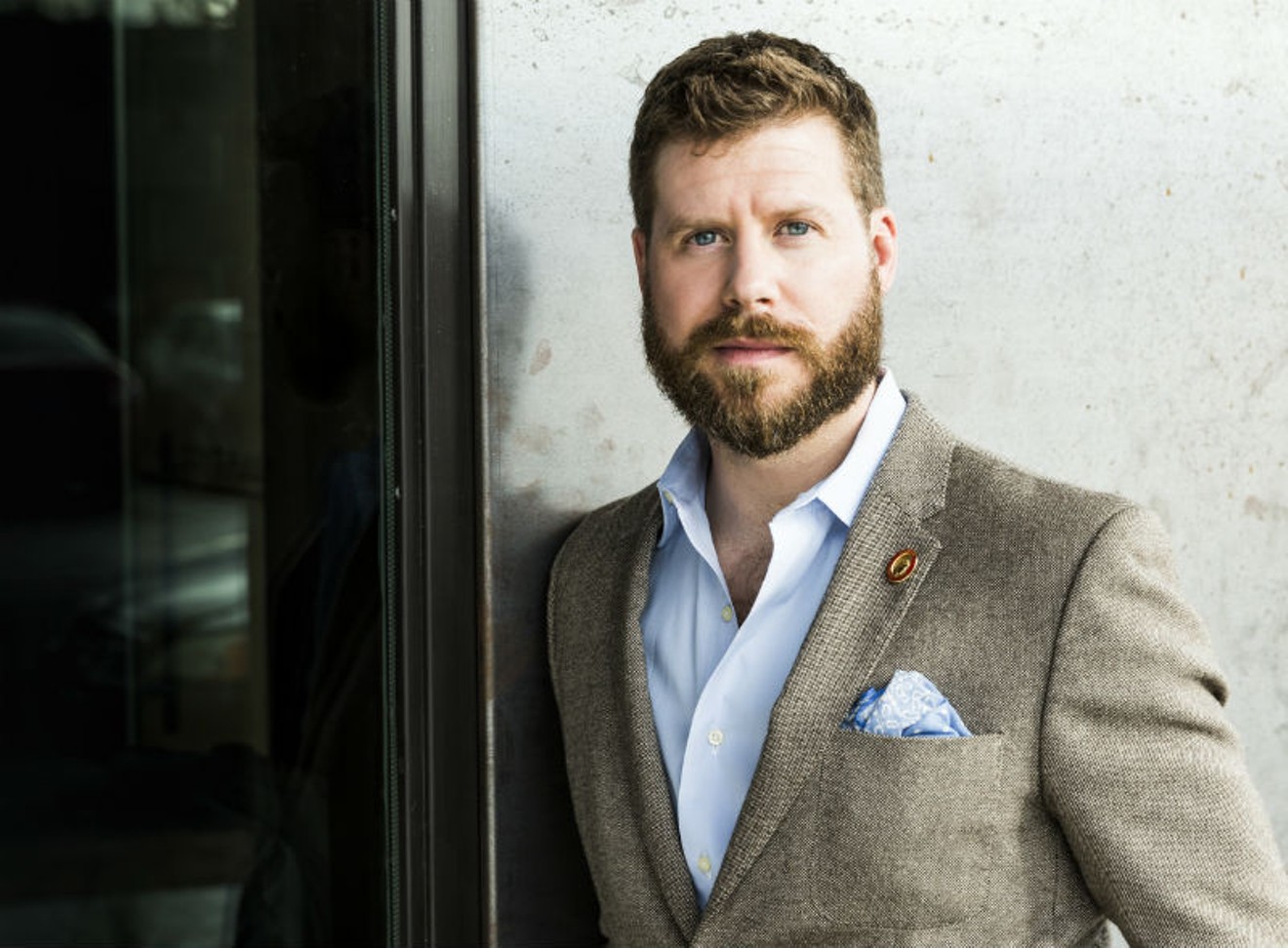 Master Sommelier David Keck outside of Goodnight Charlies. Photo by Julie Soefer
In the service industry, wine buyers are considered especially talented. In Houston, those responsible are members of an elite squad. For them, two things are pretty much certain; a career in this field began with one memorable sip, and second, they probably rush home in between lunch and dinner service to feed some sort of pet, or little human. These are their stories.

On a shaded side street off Union Square, David Keck, a Julliard School opera student, rang the doorbell to the home of his conductor and voice coach, Ken Merrill. After Keck had begun to show an interest in wine, his voice coach thought the subject better discussed in context over dinner. As the young bass singer began to uncork the bottle of cheap French syrah he'd brought as a gift, Merrill and his partner Kris stepped in.

“Well, if we’re going to start there, we ought to open this and this,” Keck remembers them deciding. Before he knew it, there were 12 bottles on the table along the lines of Domaine Jean-Louis Chave Hermitage, known as one of the quintessential French syrah expressions. “It kind of blew my mind,” Keck, who passed his Master Sommelier certification in 2016, recalls.

Three years later in 2008, while studying for his masters in opera at Rice University, Keck worked at a wine bar called Cova Hand-Selected Wines. He had always worked jobs in hospitality while attending school for music, and as he began to cultivate an interest in wine, it clicked that the different learning aspects between music and wine were actually quite synonymous.

“There are a number of people in the music field that are really into wine; music is great because you’re studying language and culture and history. With wine, it’s a lot of the same things, history, culture, chemistry, climate, geology,” the 38-year-old said, explaining his “intellectual ADD."

Later that year, Keck, who was due in Nice to work with a voice coach over the summer, decided to fly out a few weeks earlier. He rented a bike and traveled from Burgundy to Alsace to the Rhône.  He stayed in hostels, knocked on doors and walked into vineyards.

“A few producers were ridiculously welcoming. To be able to taste the wine itself there on the vineyard was super important,” he explained. “To understand any wine 100 percent, or as much as you’re going to, it really has to be in that place, learning about the people and the culture that created it.”

A decade later, Keck continues to travel and taste as well as teach courses for the Court of Master Sommeliers.  He is partner in Goodnight Hospitality, the group behind Montrose Honky-Tonk Goodnight Charlies, that is set to open two highly anticipated restaurants, Rosie Cannonball and March, as well as Montrose Cheese & Wine retail shop very soon.

While Keck grew up with pets, he doesn’t currently have one. “I would like to have one, it just isn’t conducive to opening a bunch of restaurants.”
KEEP THE HOUSTON PRESS FREE... Since we started the Houston Press, it has been defined as the free, independent voice of Houston, and we'd like to keep it that way. With local media under siege, it's more important than ever for us to rally support behind funding our local journalism. You can help by participating in our "I Support" program, allowing us to keep offering readers access to our incisive coverage of local news, food and culture with no paywalls.
Make a one-time donation today for as little as $1.