Inside the Glass: Riccardo Guerrieri 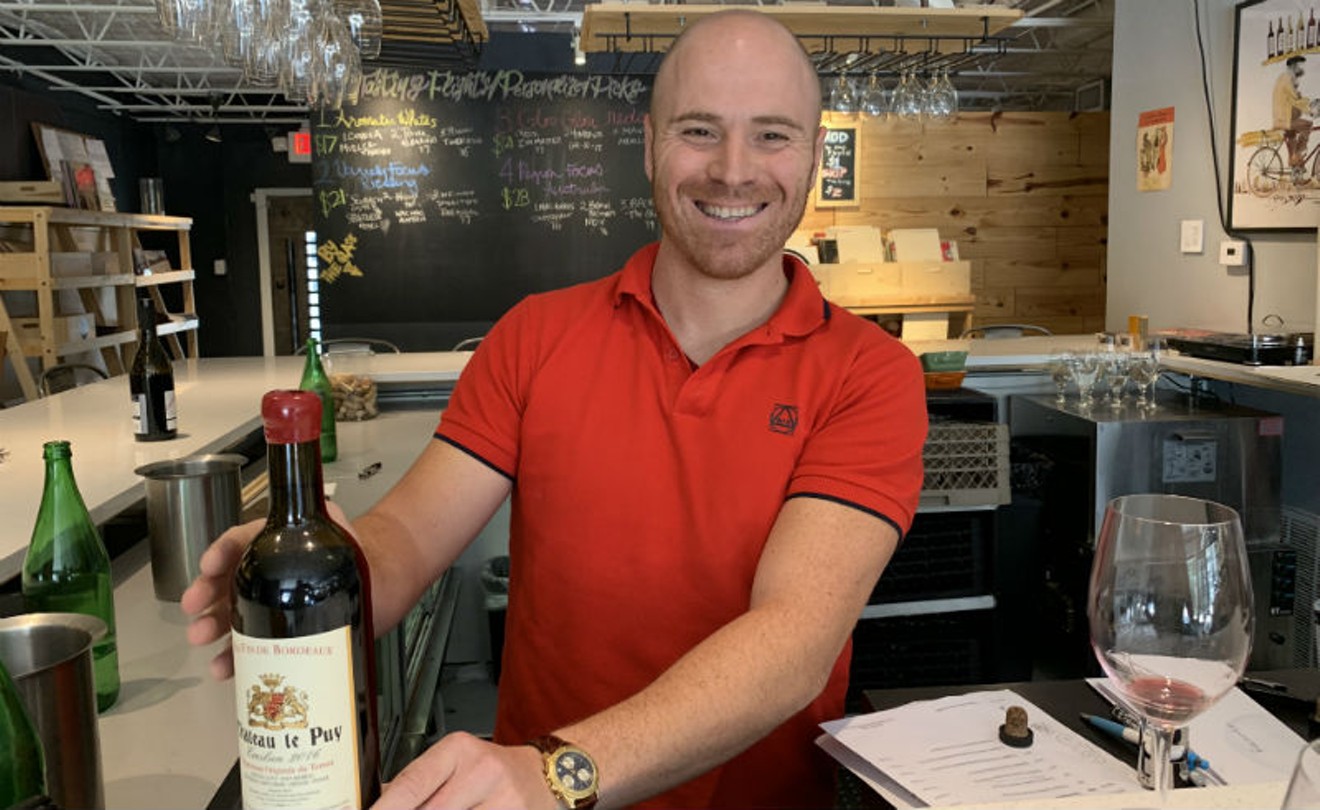 Riccardo Guerrieri will find the wine for you. Photo by Kate McLean
Sagrantino washes the mouth like a sea in mid-gale, ocean furious with fruit, sucking the palate dry only to bob back to the surface with a bite or two of musky, Umbrian salumi. This is the wine Riccardo Guerrieri grew up on.

Six years ago after moving to Houston from Perugia, a city tucked snug in central Italy, with his wife who is an attorney, Guerrieri began to study wine.  In contrast to the robust flavors from his home, he found beauty In the nuance and bright acidity of old world classics. Now, the certified sommelier, general manager and wine buyer for Vinology reaches for a crisp Alsacien riesling, a bouncy frappato from Sicily or a rowdy Gigondas from the Northern Rhône.

“I grew up with wines that have a lot of structure, a lot of tannins, a lot of body. In Italy, you are drinking the wine from your own region, you aren’t drinking wine from the United States or Alsace. I moved from full-bodied, intense flavors to learning about wines so ethereal, so eclectic and well-balanced—it changed my mind.”

Upon arriving to Houston, Guerrieri started the company Grifo Imports in 2013 with the focus of connecting Italian family vineyards from regions like Umbria, Marche, and the Veneto with the American market. Years later, an introduction to Patrick McCray, owner of Divino and Vinology, led him to switch gears and accept the then-position of assistant general manager at Vinology. “I wanted to change from wholesale in order to have a closer relationship with the final customer.”

“Ciao, Joey” he greeted the guest walking in to sit at the spacious, white counter. Within moments, a glass was placed before the man. Guerrieri twisted the corkscrew effortlessly to open without a whisper and pour just a splash into the waiting glass. “I have something special for you, just arrived today.”

Located at 2314 Bissonnet, this enoteca is open and inviting, pleasant to study or socialize, an environment facilitated by design and of course, Guerrieri from behind the bar. Vinology’s catalog proudly includes niche, boutique wines that are low in sulfites along with the big swinging Bordeauxs and Barolos. “Every customer that is interested in exploring a new wine is welcome to come taste with me.”

He squeezed the Coravin and a healthy spray sprinkled into the glass. Textbook Bordeaux on the nose—wet, warm, earth— the vines no doubt grasping every beam of sunlight from one of the highest elevations in the satellite appellation Francs Côtes de Bordeaux. Invited to participate in Vinexpo in Bordeaux in May, Guerrieri visited the Château Le Puy estate and now held their 2016 cuvée Emilien in his hands. "My baby," he said picking up the bottle for a picture.

“Violets are there, more red fruit than blue fruit, it’s fresh, the acidity is bright, but also, kind of earthy,“ he described as he breathed in the aroma. Mostly merlot with a sprinkle of cabernet sauvignon and cabernet franc to reinforce the bone structure, the lushness, the flavor stretched long as it opened on the palate.

The land where Le Puy is made has been passed down from generation to generation by the Amoreau family—with wine plots existing since the early 17th century. Tradition continues and though for this prime real estate it’s a gamble, the family uses biodynamic means— in the way of the past, devoid of fertilizers, extra sugars and yeasts, or preservatives.

“Fresh, aromatic, elegant.”
KEEP THE HOUSTON PRESS FREE... Since we started the Houston Press, it has been defined as the free, independent voice of Houston, and we'd like to keep it that way. With local media under siege, it's more important than ever for us to rally support behind funding our local journalism. You can help by participating in our "I Support" program, allowing us to keep offering readers access to our incisive coverage of local news, food and culture with no paywalls.
Make a one-time donation today for as little as $1.