Inside The Glass: Evan Turner 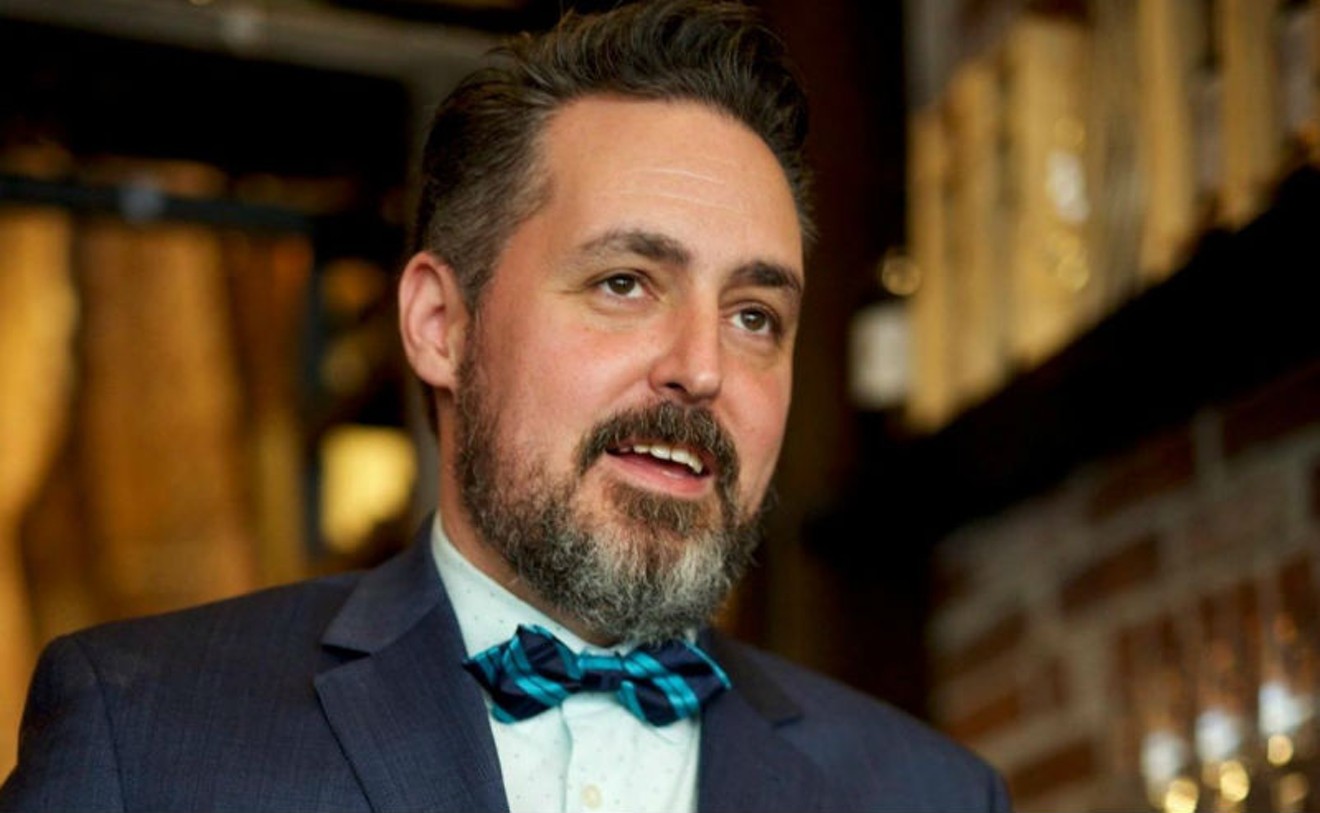 Evan Turner loves Greece with every breath. Photo by Brittany Meisner
“Agiorgitiko, mavroudi, mavrotragano, rhoditis…” Evan Turner made sweeping movements with his hands as he rattled off in perfect pronunciation six or seven of the 300 indigenous Greek varietals. They are his heartbeat, after all. “There’s just so much to show people—not just how great Greek wine is, but on top of that how varied and how well it ages.” And that’s exactly what he’s trying to do—make Greek wines a little bit more accessible to Texans, which often means spearheading and facilitating the process from sourcing to distribution.

As beverage director and assistant general manager for newly opened Ouzo Bay and Loch Bar, both concepts of Atlas Restaurant Group out of Baltimore, he’ll help curate a wine list that, for now, holds about 300 labels, 70 percent of which are Greek. At whiskey-focused Loch Bar, the selection will be a tight 50, each on the ready to pair with raw seafood as well as a few of their heavier menu items like the Berkshire Pork Chop. “We already have the largest Greek wine list in Texas, the plan is to develop the largest in the country.” Turner gives it about six months.

Moving to Houston from New York City in 2005, Turner described the dining landscape of that time as steakhouse-heavy, “I always felt a lack in the niche of Greek food.” In 2015, he helped open passion project Helen Greek Food & Wine in Rice Village to a flurry of success both locally and nationally including a James Beard nomination for Best New Restaurant in 2016. Thanks to his efforts in procuring hard-to-reach varietals, which are often coming from small-production wineries, Houstonians are afforded the opportunity to become attracted to the versatility of the region.

A wine list isn’t designed to stand on its own however, Turner fiercely believes its role as a lieutenant to the menu. “It’s a treat to show people how well Greek wines work with food—a critical pairing that’s existed there for 3,000 years.” Because when Turner moved to Thessaloniki at 11 years old, it was the cuisine that first gripped his soul.

From North Carolina to New York to Frankfurt and finally touching down in his new home, a travel-weary Turner stepped off the plane, was told to freshen up, and then was dragged by his parents to a new faculty dinner— his step-father who taught English as a second language was beginning a new job at Anatolia College and was the reason they had moved there.

The few waitstaff scurried back and forth filling drink orders for the guests arriving for dinner on the patio as the sun set over the taverna, one part built into the walls of the old city.

Soon after, platters descended upon the table, and as his small hand gripped the crusty sourdough he pressed it into a pink, airy puree, hesitantly lifting it to his mouth. It looked like dessert, though the flavors were sweet, savory, cooked down bell pepper with zippy olive oil whipped into clean and grassy sheep’s milk feta, a dish known as htipiti. He wolfed it down. Flash-cooked wild greens with lemon squeezed all over, the baking spice and hot pork juices escaping loukaniko link sausage, hearth-roasted whole fish fileted only moments before and garnished simply with emulsified olive oil, lemon, dried oregano, and capers. He wolfed it all down.

Exhaustion forgotten, Turner can still remember exactly who attended, where they sat, the look his mother gave him when he winced at receiving a soft drink without ice, and Sarah, the blond college student that sat to his left. That was almost 40 years ago. His mother will tell anyone who asks, “Evan took to Greece like a duck to water.”

At 16 he visited the Boutari vineyard in Goumenissa, a connection through his step-father who had taught several of the owners' children at Anatolia College. The rows of wooden oak barrels, the shining stainless-steel tanks, within both xinomavro and negoska varietals aged and fermented respectively. “Dark, funky, with great tannin and unbelievable acid, they are stunning with food—it’s almost as if Barbaresco and Burgundy had a night of passion and there was a child—that’s what Goumenissa is, absolutely stellar.”

Seven years of his childhood spent immersing himself in the Greek culture and to this day his eyes twinkle with the thought of just one half-lucky lottery ticket. “Poof—I’d be gone. One way or another, I will end up in Greece.”
KEEP THE HOUSTON PRESS FREE... Since we started the Houston Press, it has been defined as the free, independent voice of Houston, and we'd like to keep it that way. With local media under siege, it's more important than ever for us to rally support behind funding our local journalism. You can help by participating in our "I Support" program, allowing us to keep offering readers access to our incisive coverage of local news, food and culture with no paywalls.
Make a one-time donation today for as little as $1.