1 of 21
Doogie Roux
In honor of those who have been injured or killed while cycling on public roadways, cyclists from all around Houston gathered at City Hall for a Ride of Silence. Events like this are important for remembering those who have been killed, as well as to build awareness in the community. Even the Houston Police Department is upping its game, setting up regular stings to catch drivers who endanger cyclists.
The crowd at City Hall on May 17 was addressed by Harris County District Attorney Kim Ogg as well as other officials and key figures in the cycling community. HPD then escorted the funeral-like procession of riders (most of whom were wearing white shirts) through the city. All photos by Doogie Roux.

Texas Put on the Heat to UFC’s International Flavor

The glory of victory and the agony of defeat was on full display at UFC Fight Night in Austin Saturday night.  Two…

Houston Rally Draws Hundreds of Educators, Students and Parents to Speak Up and Stand Together

In the wake of recent school shootings and teacher walkouts in several states, a rally was held Saturday in Houston's Discovery Green… 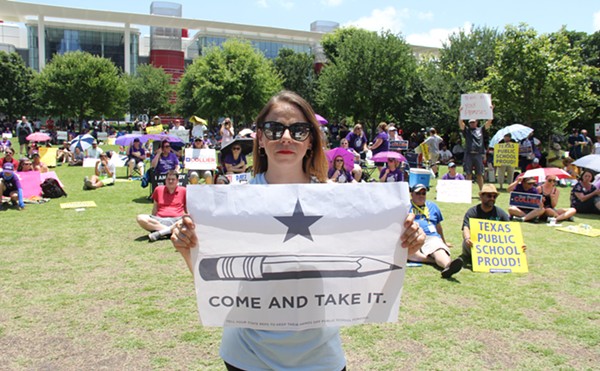 With the recent deaths of cyclists on Houston roadways, local groups are protesting to demand change. At Houston City Hall a bicycle… 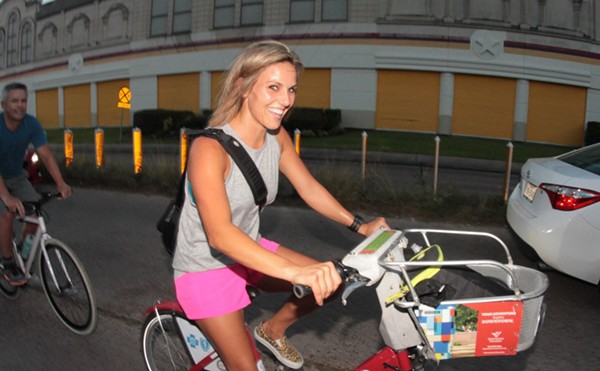 Last week, the Houston Bike Plan was tagged and its passing delayed. Cyclists from all around Houston gathered at City Hall for…

Cyclists from all around gathered  at Tranquility Park this time around for the monthly social ride. Cool, crisp weather prevailed and riders…