1 of 32
Marco Torres
The Sugar Land Skeeters had home field advantage during 2017's Opening Day against the Bridgeport Bluefish at Constellation Field on April 20, 2017 in Sugar Land, Texas. The 2016 Atlantic League champions won the game 5-2, and we're rooting for more of the same during the remaining six games against the Bluefish. Swatson, winner of last year's Minor League Mascot of the Year award, was glowing in all his green glory. 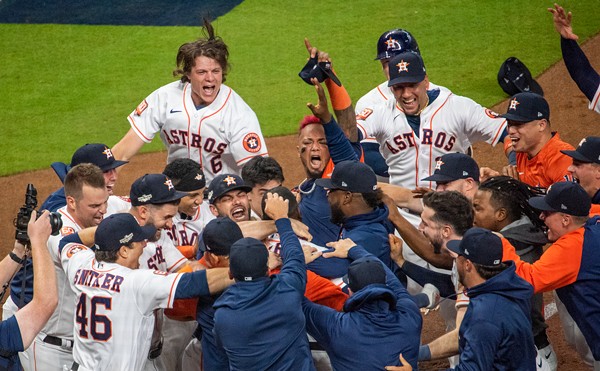