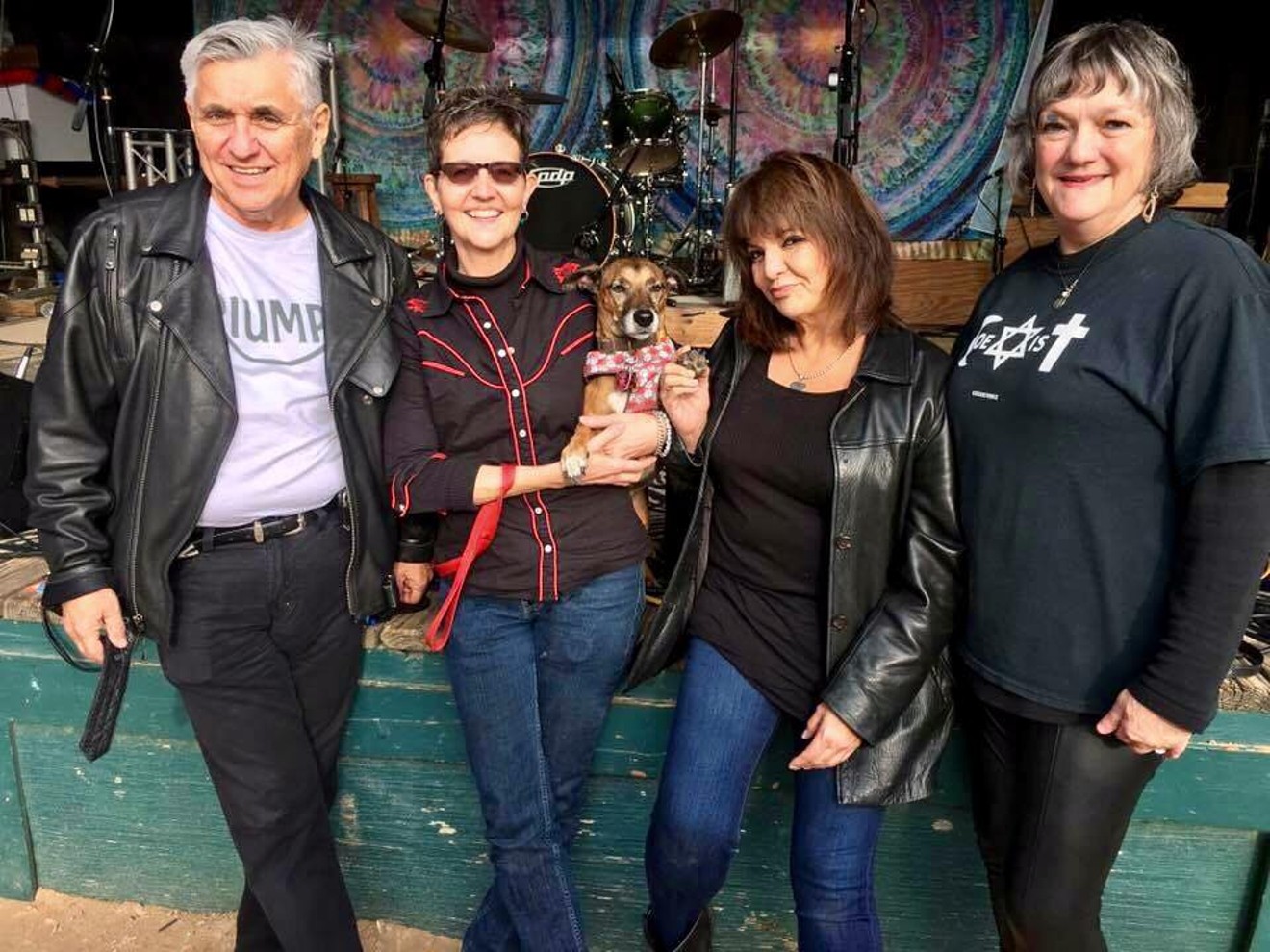 Houston's MyDolls' live up to their legendary status on new track, "Easter." Photo courtesy of MyDolls

The Houston punk scene has always seemed to foster growth and creativity more than any other genre represented here. While there are subsets of the genre that have haters in it, the original punk bands are the acts that seem to keep growing with each and every release. So, it's not hard to think that legendary punk pioneers MyDolls wouldn't keep releasing intriguing and engaging music like they did when the band began 40 years ago.

On their new track "Easter," found exclusively here, the four piece builds on their already intense sound while adding plenty of fire lyrically as if they're making music in their twenties. Because the group pioneered so much of what Houston's music landscape looks like today, the Houston Press spoke with the group about what inspired this new song, the progress of the documentary about them, and a possible new album in the future.


When bands have been together long enough to be called legends, it's hard to believe that they could find anything to inspire new music anymore. With MyDolls, it's almost like the fires have never stopped burning creatively. Asked about how this new track came to be, guitarist and vocalist Trish Herrera explained, "I was walking a beautiful path in Austin, 2016 and listening to "Pornography" by The Cure through headphones. At such a tumultuous time in our country, so much hate, so many people angry, upset, nervous, afraid; I felt the beat of this incredible song and it just came to me. We have to rise, we have to rise. It was Easter and it just seemed appropriate. The words just rolled through and out of me."

As per Linda Younger, singer and guitarist, "The music came together as we each interjected our own MyDolls sound into the final version. The idea to release it as a single was that it was important to get the message out NOW. We were also very lucky to be able to record at SugarHill before Dan Workman left. We felt so at home there, and he interjected his brilliant suggestions to make it a very special labor of love."

The song, has an almost animalistic and primal feel, something that each member was more than happy to explain when asked if that was the direction they were heading in musically. "I think MyDolls has been whatever direction inspires us and comes through us. So yes, I hope so because I love this feeling," explains Herrera.

As per bassist and vocalist Dianna Ray, "Easter sounds very MyDolls to me. We usually write songs collaboratively, and let them develop organically. We aren't terribly methodical or pre-determined when we compose, so I guess you'll have to keep listening and see where our sound takes us, and be surprised alongside us."

Dan Workman says of the process, "Producing and mixing the song was effortless-no conscious decision to make a primal sound, just an attempt to focus on their ability to craft a feeling of intensity and purpose."

The song has a political element to the lyrics, something that seemed would inspire newer acts to take the helm and really release music that has a more focused direction under this current administration. When asked if they were shocked that it seemed no one else was writing music with such a political edge, Herrera says, "people have different ways of coping with fear. I suppose MyDolls have always been screamers and disruptors in our own way. But I've always felt that silence equals death, and so speaking out may not be pretty sometimes, but it's honest." Easter is a politically charged track that should wake up anyone who hears it.
Artwork by Trish Herrera
The band, is in the midst of a documentary being made about them, produced and filmed by 14 Pews owner Cressandra Thibodeaux. The film, still in the works will capture a lot of the band's past and more as per Dianna Ray, "The documentary is still in progress. Cressandra did a short teaser length cut, that runs a little over ten minutes long. We watched it at a 14 Pews fundraiser last year, and it really captures the spirit of the time when MyDolls first came into being and why we think of ourselves and our fans and friends as a tribe. We will screen that teaser when we're the last band to perform at 14 Pews in support of the Bechdel Film Festival, which supports and highlights the work of female filmmakers."

As far as new music is concerned, the band hasn't ruled out the ability to keep making music and releasing some of the most inspirational and intense music that comes from Houston. "I'd like to think we have at least one more album's worth of material in us," explains Ray.

"I am inspired by the calmness that I feel within myself these days amidst the disruption in our country. Like Kali, the Goddess of Destruction, there is only one way to smash the patriarchy and that is with one foot in front of the other with complete fearlessness, serenity and confidence. So whatever comes out of that, I hope it's something that's helpful to our world," says Herrera.

"Yes, we just don't know what it is or when it will be revealed right now. That's just how we roll. Our message to anyone reading this: go start a band," adds Younger.

There's plenty of music and how they represent so much of the music community from MyDolls that it's hard to believe that they've been around as long as they have. With the energy of those a half their age, the four piece continues to be an inspiration to all whose paths they cross. You can purchase the track through the band's Bandcamp, and catch MyDolls in person at Rudyard's on Saturday February 10. Part of the Mildred's Umbrella Theater Co's annual fundraiser, Women Rock! The 21 & up show has sets from MIEARS, Lazer Kittenz, Pretty Vacant, Benita and Quinn The Brain. Doors at 7:30 p.m.; tickets $10. You can also catch them when they perform at 14 Pews as part of the Bechdel Film Festival, Saturday February 17, with more details here.