There Will Be No Rescheduling of Hamilton For Houston This Year 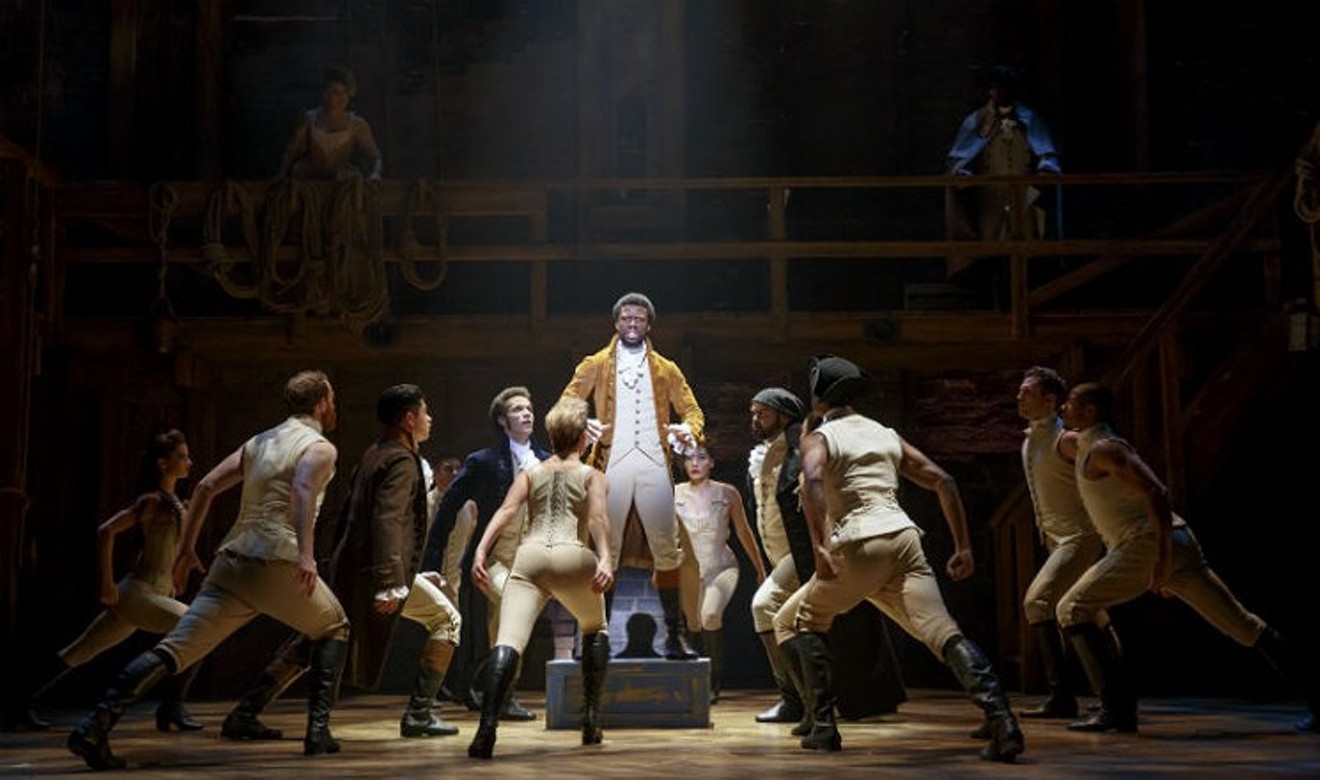 No rescheduling this year in Houston for Hamilton. Photo by Joan Marcus
Hopes that Broadway at the Hobby Center would be able to reschedule that national tour of Hamilton that was postponed because of the coronavirus were dashed Tuesday when it was announced the show has been moved to canceled status as far as Houston is concerned for 2020.

Because of COVID-19's ongoing impact, the production of Hamilton that was to play June 30 thorugh August 9 has been completely cancelled and any purchased tickets are no longer valid.

Ticketmaster will contact ticket holders by email with instructions on how to receive a refund, receive credit or make a donation. "Anyone who purchased through a third party reseller such as Vivid Seats or Stubhub should contact those reseller directly to discuss their refund policies for cancellations," a press release from Broadway at the Hobby stated.
KEEP THE HOUSTON PRESS FREE... Since we started the Houston Press, it has been defined as the free, independent voice of Houston, and we'd like to keep it that way. With local media under siege, it's more important than ever for us to rally support behind funding our local journalism. You can help by participating in our "I Support" program, allowing us to keep offering readers access to our incisive coverage of local news, food and culture with no paywalls.
Make a one-time donation today for as little as $1.