Opinion: How “Git Gud” Is Ruining the Country 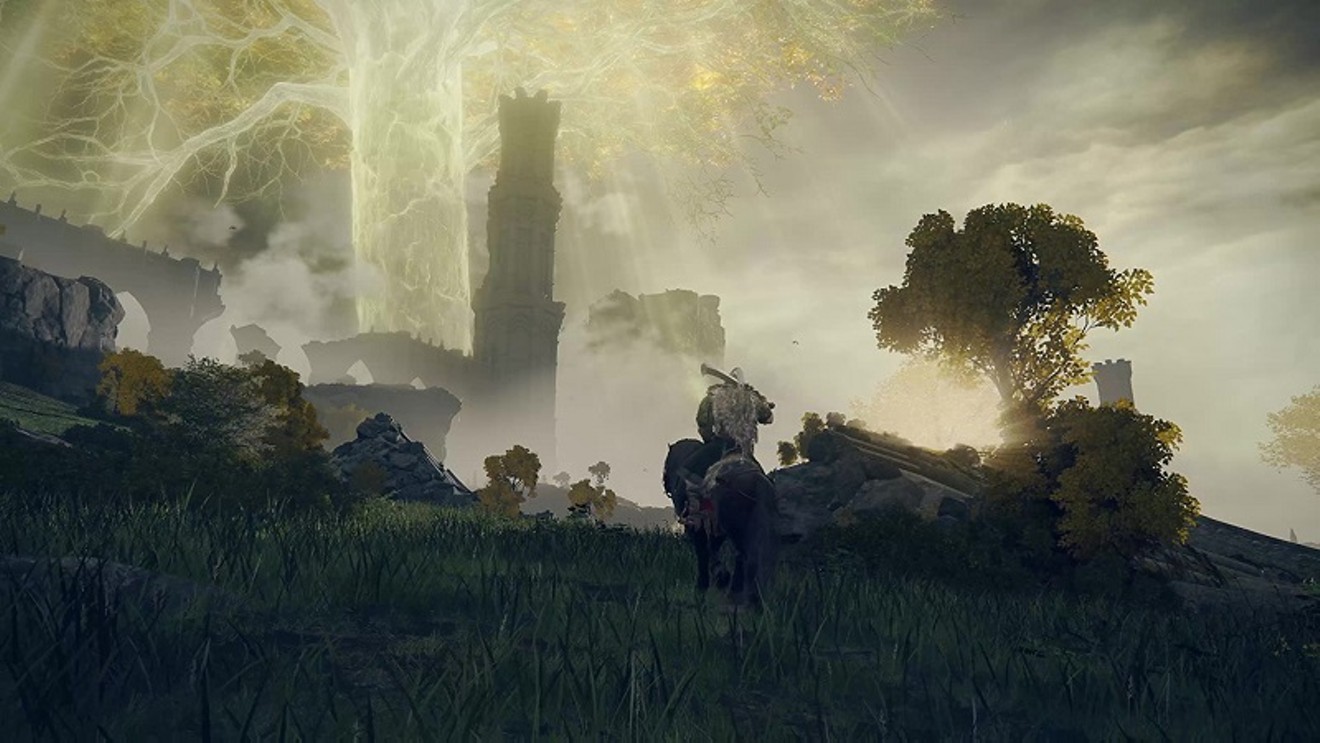 Too many people think life is like a video game where it's all winners and losers. Screencap from Elden Ring
The latest From Software title, Elden Ring, is out now. The developer is famous for its incredibly punishing difficulty in their games, and every new release comes with a very tired argument about whether there should be an easy mode. On one side are gamers who would like to experience the intricate, magical worlds From Software crafts but who may not have the ability to excel. On the other are Capital G Gamers who respond by screaming “git gud” (“get good” for our non-gaming readers).

It's a fascinating microcosm of American politics that illustrates a prime flaw in our personal attitudes toward failure.

To get it out of the way beforehand, I don’t think From Software should be forced to have an easy mode. That said, anything that makes a game more accessible is a good thing. One of the aspects I loved the most about playing The Last of Us Part II was the incredible lengths developer Naughty Dog went to make it playable by a wide range of gamers with various disabilities. Sight impaired, hearing impaired, and people with physical limitations can still participate fully in the story, and that is beautiful. It displays a more inclusive and democratic mindset going forward in the medium. The challenge can always be there for those who want it, but not mandatory for those who do not.

A lot of people hate this, especially if they have wrapped up a lot of personal identity in their toys. Rather than change the game to make it something everyone can enjoy, Gamers will just scream that others should “git gud” or get out. Struggle and fight are seen as intrinsic parts of the experience.


This. I get you want to play the game and enjoy it like everyone else, but easy mode would ruin the experience. This feeling, this sense of accomplishment. There’s nothing like it. You CAN do it. https://t.co/WVKmMMA8OU

easy mode would ruin it sry

Regarding the #ELDENRING “souls games should have easy mode” debate, video games are an art form and challenge is a fundamental choice from the creator.
No one has ever suggested that a horror movie has a child friendly version have they? Because that would totally ruin the art.

Remember, these people are angry at an optional mode for players who have a tougher time. They don’t actually have to play that mode, but the fact that others might would destroy their own enjoyment of the product.

It is, essentially, what capitalist defenders say all the time. Since the Nineteenth Century up to the present day, there has always been this strain of people who are convinced that scrabbling to survive is an important part of the human condition that drives us to be better. They don’t even see the struggle as a necessary evil. It’s a positive good that should be encouraged.

Any conversation about the minimum wage will inevitably result in the simple adage that instead of changing the nature of low-paying work, the worker should find a new job or industry. They should “git gud” rather than demand a more equitable environment.

People's argument against raising the minimum wage is literally just "git gud", which is almost as funny as it is awful.

If you don’t have the skills to make a living rage you shouldn’t be on Twitter. Minimum wage is there of a reason. It’s for teens and students not to raise a family on. If you can’t make yourself better to earn more your family it ain’t the governments job to take care of them

So don’t work for minimum wage? Get some job skills and get a better job like I did.

The ”git gud” mindset is one that embraces the binary of winners and losers. There will be some people who can beat the game, and the rest are noobs who should get better or die. The fact that there don’t actually have to be losers at all is abhorrent to them. The game is only worth something if someone is failing while they succeed.

This is nonsense in the real world. Someone who flips burgers is not losing a game. Society needs burgers and it always will. Service jobs aren’t a tutorial level until the player is ready to take on more worthy tasks. They are the backbone of the American economy.

A better world cannot be built just by entrepreneurship. Someone may start their own plumbing company, but they will still require labor to make pipes, build houses, maintain water systems, provide gas for their trucks, and a million other aspects. No matter how much someone “got gud”, there will be a huge chunk of society working at labor levels to make that entrepreneur’s “win” possible.

“Git gud” is not a viable social philosophy unless the goal is to create failures that exist only in service to the chosen few who can steal labor's effort to launch themselves into success. I see a lot of Gamers who are enraged that any effort would be made to democratize the medium, and they carry that resentment into arguments over jobs and poverty. As long as we are dedicated to seeing the economy as a game dividing winners from everyone else, it’s going to continue its slow decay. An easy mode does not dilute the glory of a challenge overcome. It gets more people in the game. That's very important when the stakes are homelessness and starvation instead of PlayStation trophy.
KEEP THE HOUSTON PRESS FREE... Since we started the Houston Press, it has been defined as the free, independent voice of Houston, and we'd like to keep it that way. With local media under siege, it's more important than ever for us to rally support behind funding our local journalism. You can help by participating in our "I Support" program, allowing us to keep offering readers access to our incisive coverage of local news, food and culture with no paywalls.
Make a one-time donation today for as little as $1.