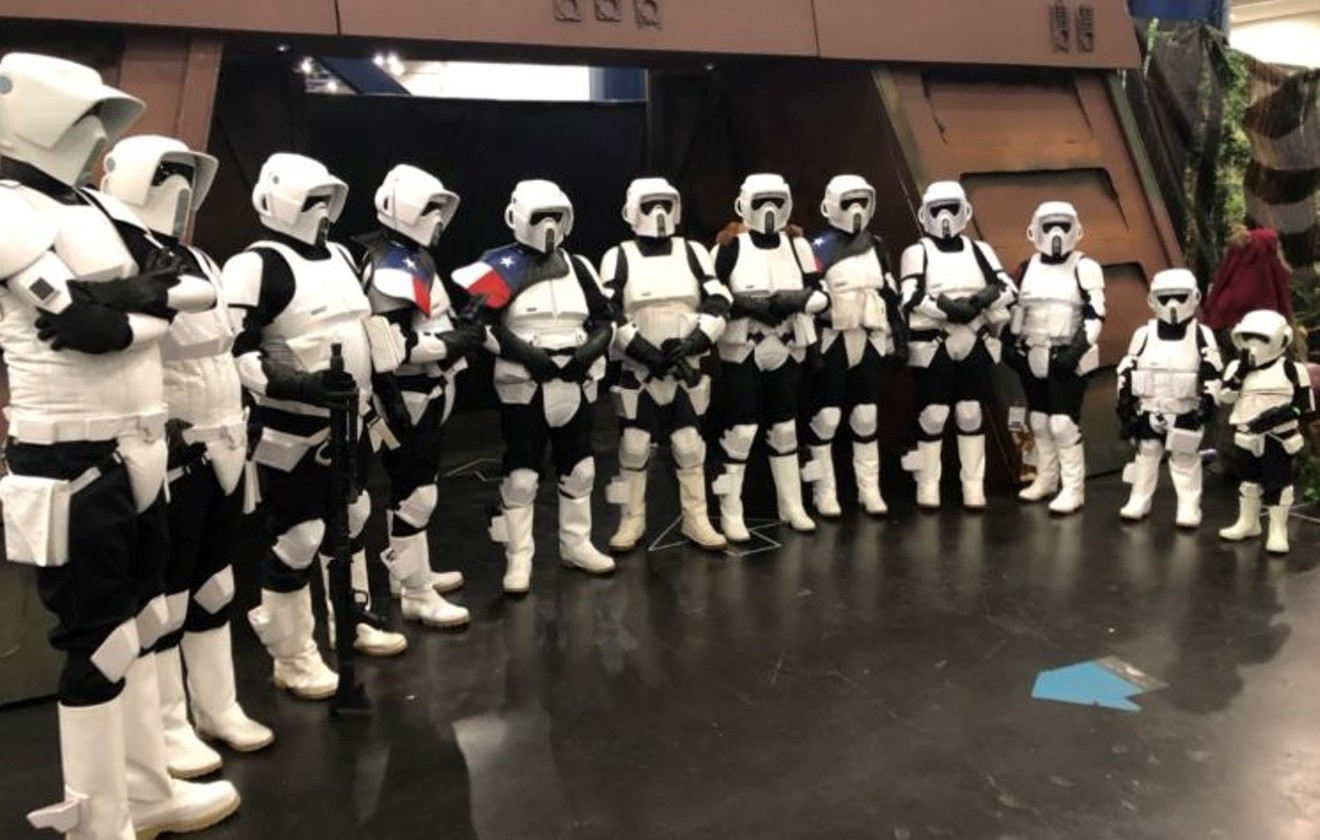 Get ready to march Photo by Comicpalooza
Comicpalooza organizers have just announced that  Giancarlo Esposito, Carl Weathers, Katee Sackhoff, and Ming-Na Wen from Disney's The Mandalorian will be part of the lineup at this year's comicon at the George R. Brown on Saturday and Sunday, July 17 and 18.

“We’re excited about the Mandalorian lineup not only because the show is current and beloved but each person has had a wonderfully diverse and amazing career thus far, playing key roles in many popular films and series,” said Aimée McCurtain, Chief Strategy Officer for Comicpalooza and Vice President of Enterprise Strategy for Houston First Corporation, “We look forward to hosting these stars in Houston and providing fans a memorable experience.”

Esposito, the everyman actor, should attract all manner of TV and streaming fans since he is well known for his parts in The Mandalorian, Breaking Bad, Better Call Saul and The Boys just to name a few.  He plays the villain Moff Gideon in The Mandalorian.

And if that all isn't enough, Comicpalooza is also bringing back and expanding its Star Wars-themed 501st Legion.

For more information, visit comicpalooza.com.
KEEP THE HOUSTON PRESS FREE... Since we started the Houston Press, it has been defined as the free, independent voice of Houston, and we'd like to keep it that way. With local media under siege, it's more important than ever for us to rally support behind funding our local journalism. You can help by participating in our "I Support" program, allowing us to keep offering readers access to our incisive coverage of local news, food and culture with no paywalls.
Make a one-time donation today for as little as $1.