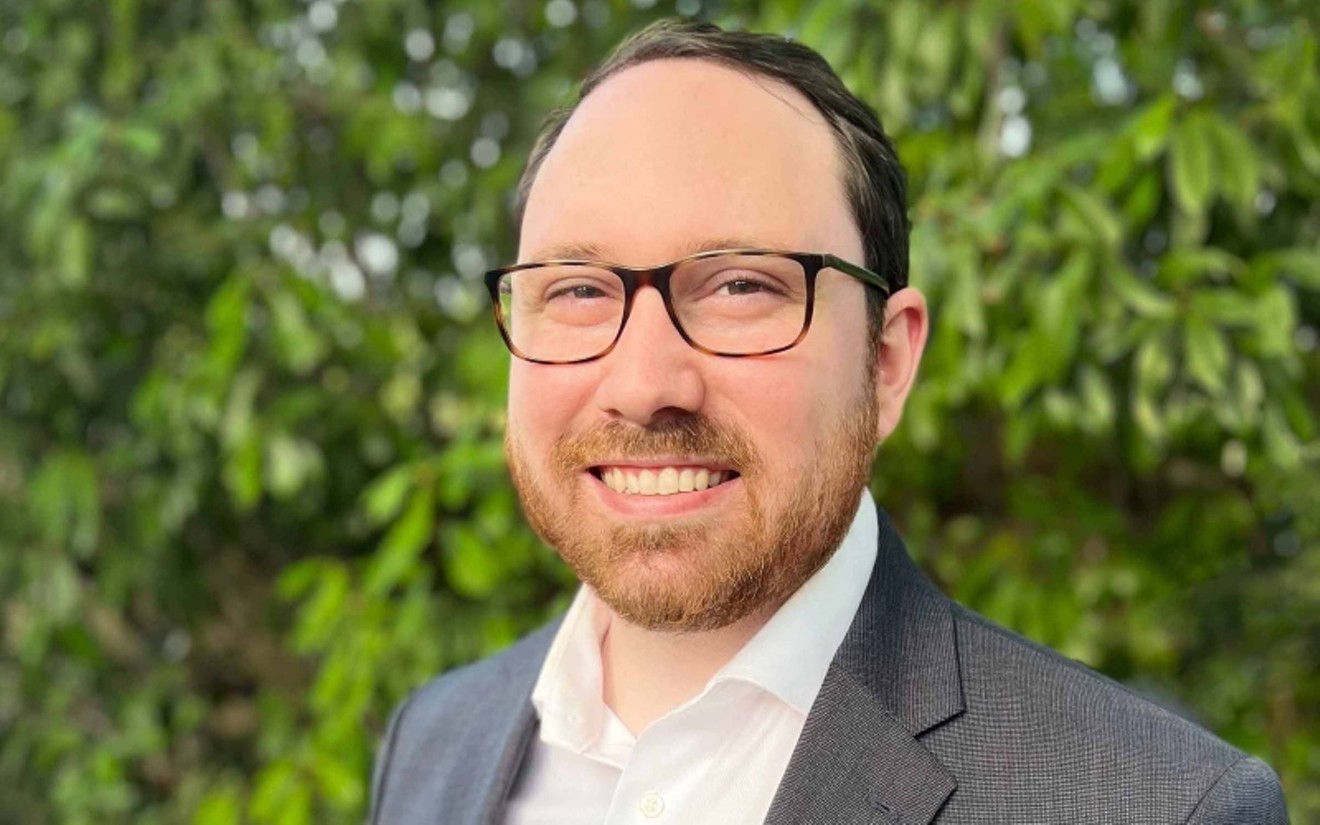 Brian Miller has joined Houston Chamber Choir as Executive Director and brings his bold ambitions into the mix. Photo by Carolyn Norton
As the child of academics, Brian Miller moved around the globe often to follow his parents’ careers. Now, he’s found a place where he is prepared to plant roots and make a lasting impact. He recently joined Houston Chamber Choir as executive director, and he oversees day-to-day operations including administration, marketing communications, development and finance. Houston Chamber Choir Founder Bob Simpson continues to manage the choir’s artistic endeavors alongside Miller.

While Miller’s background with an on-the-go family might have been regularly shifting, he found one constant that stayed with him throughout the years: music.

“I was always 'the new kid' everywhere when I was growing up. I went to a bunch of different schools. I was always trying to find new friends, and my experiences made me naturally more curious and extroverted. One of the common things that always brought me immediate friendships, outside of video games and the usual distractions, was music,” he said.

He took a music theory class that opened up a whole other world to music beyond the social glue choir rehearsal provided him, so Miller decided to make the logical decision to pursue an education in higher education and eventually transition his passion into a career.

“I want to give to others what I received out of music,” he said.

Miller holds a bachelor’s degree in music education from Southwestern University. The pursuit of a career in music education proved both a noble effort as well as a lesson in futility. Jobs were hard to come by as Texas implemented a hiring freeze at the same time he was looking to enter the workforce.

The struggle, though, set the stage for the next chapter in Miller's life.

He earned his master’s degree in Choral Conducting from Stephen F. Austin State University (SFASU). During his graduate studies, he served as a graduate assistant to the choral department, undergraduate conducting instructor and director of the SFASU Men’s Choir.

“I left my undergraduate studies prepared to teach, but I left graduate school armed with a greater sense of purpose about music, better prepared to research and with a deepened love for something I already really liked,” he said.

Miller enjoyed a successful career in public education where he directed two 6A Texas high school choral programs. His programs consistently earned sweepstakes awards at UIL contests and were invited to multiple invitationals in the Houston area. He also served as a Texas Musical Educators Association All-State section leader, held region-level organizational positions and sang professionally with both Cantare Houston and the Houston Men’s Choir.

During his time as an educator, though, something was brewing underneath the surface that shifted Miller’s vocational aspirations.

"I suppose I wanted a little change. COVID-19 happened, and everybody sort of reevaluated their life and where they were, and I decided that it was time to see what else was out there," he said. "I was young enough. I had no kids. I was married to a wonderfully supportive woman, and I felt I could make the leap."

Miller felt the door was slowly closing, so he led with his faith — buttressed by his sterling experience — to take a job with the Houston Symphony's as Chorus Manager where he worked with hundreds of auditioned volunteer singers. And that is when the inspiration struck him...in the form of former beloved Houston Symphony Chorus Director Betsy Cook Weber.

Cook Weber announced she would step down from the organization at the end of the 2021-22 season, and with that shift, Miller also started thinking about his own future. Miller's friend sent him the Houston Chamber Choir job listing soon thereafter, and the rest is history.

"Of course, I've heard of Bob and the Houston Chamber Choir, but it was kind of miraculous that we had never physically crossed paths considering the circles we run in. I started doing my research into the group's mission, I listened to the weekly podcasts and called members to get their take on the job opportunity," Miller said. "What they are trying to do in the city for choral music was a new way for me to plug into an old charge, and it fulfilled that aspect of my life. I've always been a champion of choral music and what it can do beyond just being pretty. Bob and the Houston Chamber Choir were really in tune with that idea too."

It was a match made in Heaven. And it's one that keeps giving back to the community at large.

"Bob and I talk a lot about what we want to accomplish, and we both envision the Houston Chamber Choir as the beacon of professional [musicianship]...the gold standard in the city," he said. "There are a lot of phenomenal choral groups in Houston, but if you want the premier, professional experience, you come to us."

Deep at heart, though, Miller maintains a strong connection to his teaching roots, just like his parents.

"That educational component is so near and dear to my own mission. I get a lot of satisfaction from bringing choral music to people in a new, fresh way. Houston Chamber Choir is a living, breathing part of the city, and we want to raise the bar for what people can experience through our already-amazing offerings," he said.

The love just keeps pouring out of him for working with up-and-coming singers.

"I would like to expand Houston Chamber Choir's educational outreach and more tangibly help people in the classroom, whether that's educators or students. We've thrown around a lot of different ideas about how to become a resource for teachers, no matter where they are in their career," he said, leaning on his own experience as an educator.

"The things that I needed as a first and second year teacher were very different from the things that I needed as an eighth year teacher. The internal conversations that we're having our about how we can bring people together and how we can become a resource in a way that is meaningful helps to raise the standard for everybody in our city. We really are focused on integrating with the Greater Houston area."

For more information about Houston Chamber Choir, call 713-224-5566 or visit houstonchamberchoir.org.
KEEP THE HOUSTON PRESS FREE... Since we started the Houston Press, it has been defined as the free, independent voice of Houston, and we'd like to keep it that way. With local media under siege, it's more important than ever for us to rally support behind funding our local journalism. You can help by participating in our "I Support" program, allowing us to keep offering readers access to our incisive coverage of local news, food and culture with no paywalls.
Make a one-time donation today for as little as $1.