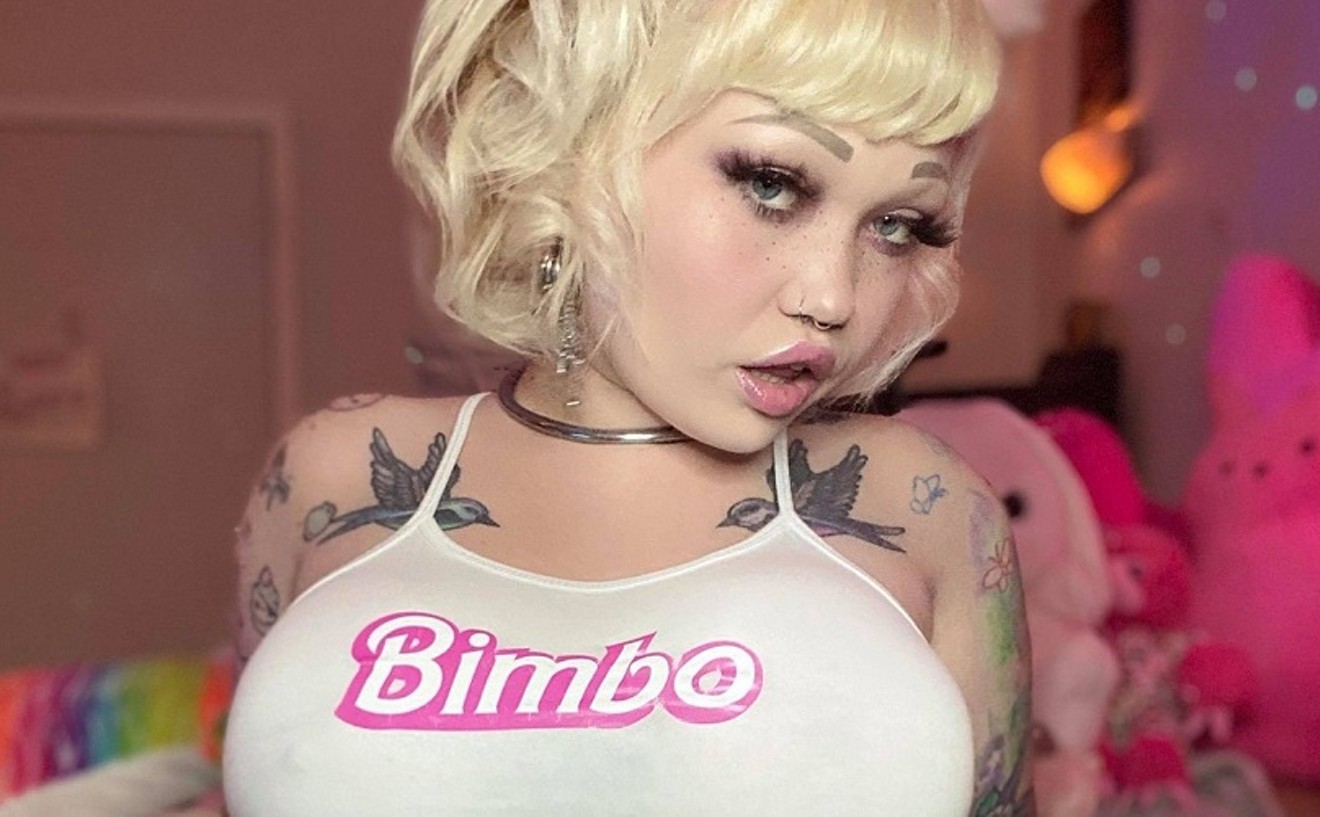 As always, courtesy and respect for boundaries is important. Photo by Emily Snow
It’s becoming more socially acceptable for people to offer adult services through webcam hubs, particularly OnlyFans. Since 2015, OnlyFans has grown to 1.5 million content creators. While most creators have fewer than 30 subscribers, some people make a decent living at it.

As any content creator in any medium will tell you, growing a fan base involves a lot of marketing and hustle. That means you’re likely to eventually stumble across someone you know offering a pornographic subscription service. Should you pay to seem them naked? Will it make your friendship with that person weird? Is there an etiquette to follow?

I spoke to local content creators about how friends subscribing makes them feel. Truthfully, it varies.

“I don’t think it’s weird,” says Emily Snow, a Houston-based creator. “I subscribe to several of my friends' pages just to support them. If the person subscribed is respectful, then it shouldn’t change the nature of the friendship. Close friends have always been very respectful and supportive, but I have had several acquaintances that subscribed and made things a bit weird with their comments afterwards.”

Her viewpoint was echoed by Crista Anne, a former Texan and occasional adult content provider.

“I know some folks who feel it changes the nature of friendships or friendly relationships, but I don’t think that way” she says. “People know who I am and what I do. If they want to subscribe, I appreciate the support. Don’t get mad about what you see, and if it changes how they see me? That’s on them to work out.”

For lesser known performers, it’s often dangerous to have people you know on your OnlyFans. Glittervamp9 told us she had some very disturbing incidences when her OnlyFans page and real life collided. She had an ex-boyfriend that she maintained a friendly relationship with start crossing the line as a subscriber when he began “hardcore flirting” with her sister, who was also on OnlyFans. It descended into harassment from there that ended their friendship. Another ex immediately started sending her unasked-for and unwanted pictures of his dick when he found her site, as did a family friend who also subscribed.

Even though she’s not opposed to people she knows in real life subscribing, she admits it can have bad results. When that happens, the friendship changes or is over entirely.

“I do see it as ‘taking advantage,’ and it makes me think less of them as a person for doing that in general, but especially to someone they claim to care about,” she says.

So, in general, some OnlyFans creators seem open to the idea of having their friends as subscribers, but just like with any job it moves the person into a client position. All three women agreed they disliked it when friends attempted to leverage their relationship for free content or broke boundaries with unsolicited dick pics or unwanted comments.

Sex work is work, and stealing content or extorting unpaid labor is an immediate deal-breaker.

When it comes to subscribing anonymously or under a fake name, all three said it either didn’t bother them, or they supported whatever made the subscriber comfortable. However, all were adamant that public disclosure of content, especially in a bid to hurt the person socially, was unacceptable.

Should you subscribe to your friend’s OnlyFans page? The answer depends on the person, who you should probably be honest with if that is a thing you’re interested in. It may turn you from acquaintance into a customer, and you shouldn’t expect discounted wares, but as long as you behave according to their rules it can be fine.

“Just knowing your friend supports you and your career can make the relationship better,” says Snow. “Also sharing that intimate side of yourself can bring people closer to one another.”

Anne, who has made a career out of denouncing sexual stigmas, agrees.

“I appreciate that my friends and loved ones are supporting me, especially in an arena that is so intensely stigmatized,” she says. “Showing that you accept and appreciate all aspects of who I am is deeply meaningful.”
KEEP THE HOUSTON PRESS FREE... Since we started the Houston Press, it has been defined as the free, independent voice of Houston, and we'd like to keep it that way. With local media under siege, it's more important than ever for us to rally support behind funding our local journalism. You can help by participating in our "I Support" program, allowing us to keep offering readers access to our incisive coverage of local news, food and culture with no paywalls.
Make a one-time donation today for as little as $1.