Touring Play Takes Us on C.S. Lewis's Journey from Unbelief to Belief 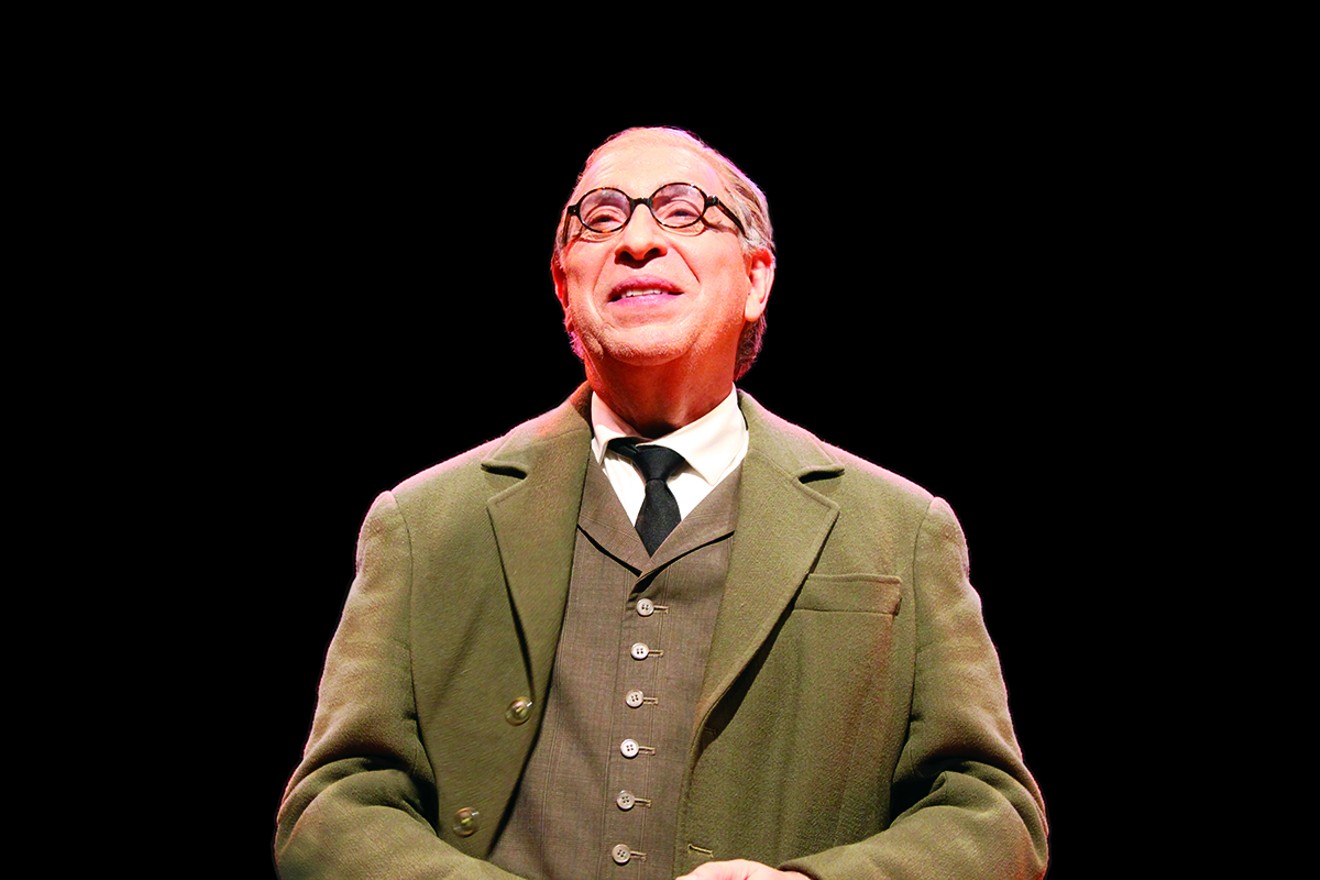 Max McLean takes theater audiences through C.S. Lewis's journey from atheist to reluctant convert in his one-man touring production. Photo by Lancia E. Smith
Not all travels involve planes, trains and automobiles, and award-winning actor Max McLean has found a way to take audiences on a theatrical ride through the intellectual mind of C.S. Lewis, British novelist and Christian apologist, in C.S. Lewis Onstage: The Most Reluctant Convert.

"It is definitely a journey of the belief and the power — the journey from unbelief to belief and what were the external forces that imposed themselves on [C.S. Lewis]. And convinced him to change his views," says McLean, founder and artistic director of New York City-based Fellowship for Performing Arts — the nonprofit that delivers theater with a Christian worldview — and the same troupe that brought us the touring production of Martin Luther On Trial just last year.

McLean says that, in addition to being an intellectual journey, C.S. Lewis Onstage also encompasses literary, fantasy and supernatural aspects, as well as what he calls "really hardcore intellectual stuff" that he says some people find compelling, and others not so much.

In writing the play, McLean drew from Lewis's autobiography, Surprised by Joy: The Shape of My Early Life, as well as collected letters, essays, writings and texts. He also introduced key figures in Lewis's life that help explain how his beliefs swung from atheism to Christianity.

"It was really about several things. It was the impact of his mother’s death, of course. He had terrible relations with his father. He had a brutal, horrifying experience in World War I. You have these three experiences and you think, 'Can life get any worse,' and yet there was always some sort of string that was pulling him toward [God].

"He enjoyed beautiful things: He loved walks, music, reading, of course. His mind was so engaged, it would take him to these beautiful places, these longings that he would describe as joy. Those things were real and they took him out of his sort of belief that either there's no God, or God is indifferent to good and evil or — worse — an evil God. That’s where his intellectual mind was; his imaginative mind was someplace else. His imaginative mind was pressing in on him."

Theater patrons aged 30 and younger can take advantage of the "$30 under 30" ticket price at the box office; subject to availability.
Photo by Jeremy Daniel
McLean has learned that the performance can have a powerful effect on audience members, often revealed through talkbacks after the play. "When you have a theatrical experience that is imaginative, is multilayered, is emotional, it’s challenging, intellectually. You know this is stuff you love, right, and that of course takes you into a part of your mind that’s feeling, it’s receiving. Not just your mind but your heart and the idea of the Q&A is to kind of process it, 'How do I really feel about this? And how do I talk about it?'

"What's interesting is we tend to surpress the imaginative. We think it’s cool, it’s nice, we leave it at the movie theater. We think that all that we love is magical, not real. All what’s real is atoms and molecules," says McLean. "He allowed what I call the supernatural to come in."