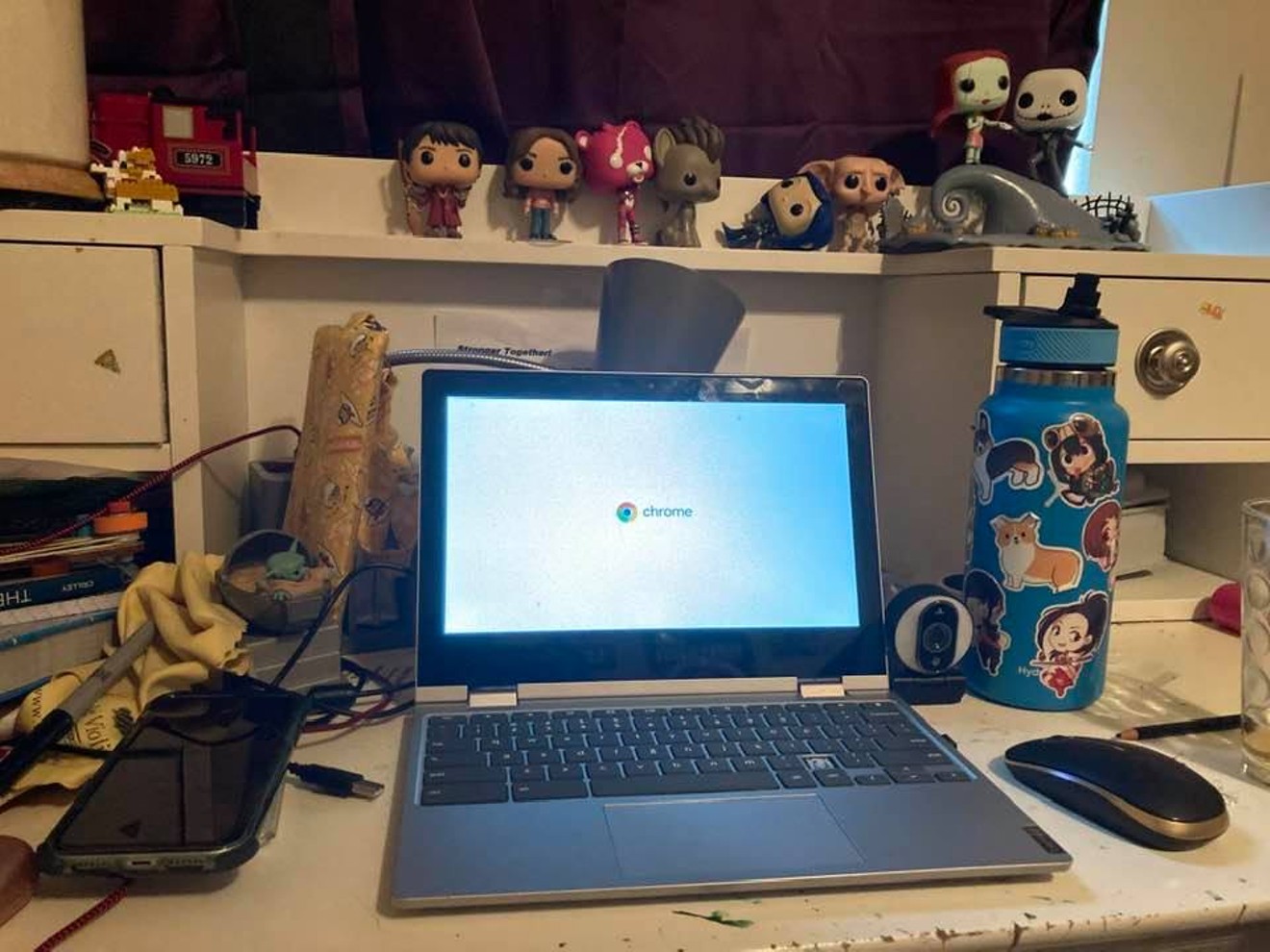 Just because you're home doesn't mean your school or job owns you while you're there. Photo by Jef Rouner
One of the more frustrating things about the remote learning process over the last year is that my daughter’s school district has never really addressed what the hell to do when she is ill. Luckily, she’s been pretty healthy (turns out your kids gets sick a lot less when they never interact with the other walking petri dishes), but over the course of 2020 we discovered that she had inherited chronic migraines from my wife. That means that for a couple of days she was not feeling well enough to do her schoolwork.

Every time that’s happened, I’ve asked her district what I needed to do to excuse her absence. Every single time someone in the process has responded to me requesting she just log on for a bit for the credit.

This scares the living hell out of me, and if there is anything I am going to stomp into the ground like it’s a tree roach it’s this idea that working from home means my daughter is always on call to the machine.

I do most of my job from home, and as a journalist I am semi-ethically bound to kind of always be on call. Tragedy and fuckery never sleep, which means that I often merely doze to keep up with them. When the city was a frozen hellscape earlier this year, I was literally sitting in my car watching the gas gauge sink at 2 a.m. so I could charge my phone long enough to file stories on the goings on. I understand that some jobs require a work-life balance that looks more like a caber toss than a flat plane.

However, these should be the minority, and it damn sure shouldn’t apply to sixth grade math class. Yes, it’s great that my kid has the option to not fall behind when ill if she wants to without risking infecting others, and we should definitely as a people demand that these sort of accommodations outlive the plague. That doesn’t mean that she should never rest when sick.

The downside of all this wondrous connectivity is the assumption that people are always available. Have you ever just not answered your phone when around other people who can hear it ringing? They look at you like you’re pissing in the street while singing a little song. It’s not something your supposed to do. My daughter responds to a text tone like Pavlov’s pooches to the point I have actively tossed her phone into a laundry basket just to get her to finish a conversation with me.

We cannot let our kids grow up with this idea that every official force in the universe has a claim on their time. Just because a person isn’t delirious with fever or in a drugged unconsciousness doesn’t mean that they aren’t ill and need their damn rest. The idea of my daughter sitting up in bed with the lights off and a cold compress on her head just so she doesn’t miss out on learning that mitochondria is the powerhouse of the cell for half a grade point nauseates me. It’s her teachers today, but it will be her bosses tomorrow, and she will have been well-trained to accept that by the system.

I know firsthand what never drawing lines between your personal life and your work life leads to; substance abuse, depression, and plans for suicide. There have to be moments when school and work simply have no claim on your soul, and they had better come regularly if you want enjoy your brief time on this Earth. We are not merely what we produce for others. We deserve our time off.

I understand that school districts are overwhelmed with the new paradigm even a year on. I know that everyone just wants to get through this. Unfortunately, this period in history is going to cause us all irreparable damage, and the sooner we face that the better. One new normal should not be teaching our children that when they are ill they are still expected to still perform. Labor activists didn’t get bombed by their own country’s air force for that to happen. My daughter deserves her rest when she’s ill, and school will have to deal. Otherwise, they risk training a whole generation to be even more industry-owned than we already do.
KEEP THE HOUSTON PRESS FREE... Since we started the Houston Press, it has been defined as the free, independent voice of Houston, and we'd like to keep it that way. With local media under siege, it's more important than ever for us to rally support behind funding our local journalism. You can help by participating in our "I Support" program, allowing us to keep offering readers access to our incisive coverage of local news, food and culture with no paywalls.
Make a one-time donation today for as little as $1.