Do You NEED to Watch Rise of Skywalker? No. 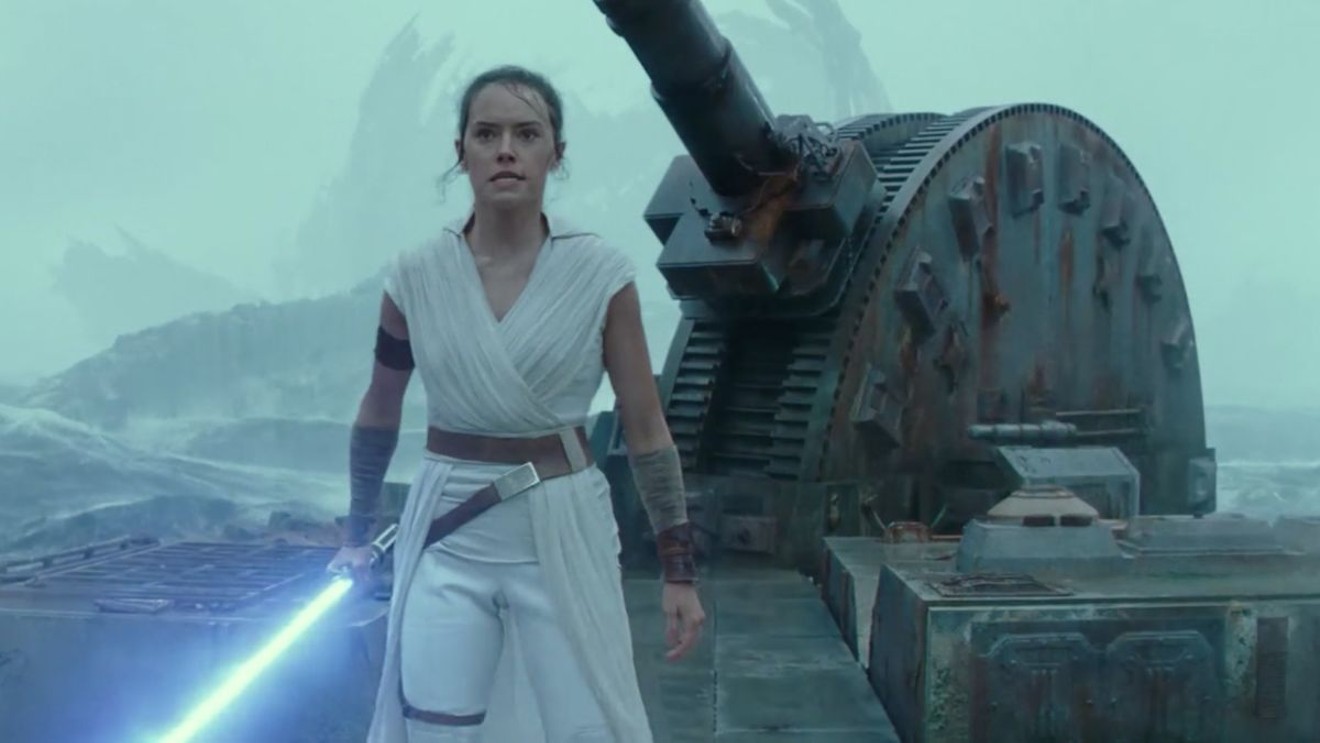 The ninth and final film in the Star Wars/Skywalker Saga (until the next one) is one of the most divisive films of the series. So, here’s a question: can it be skipped?

For the record, this isn’t a Rise of the Skywalker hate screed. I liked the film just fine. It was a giant feels-fest in the vein of Avengers: Endgame meant to tie up loose ends and say goodbye to all our favorite characters. I went there to scream at sword fights, watch evil get vanquished, and cry a lot. That’s what was on the tin and it’s what RoS gave me for dinner. Sometimes you just need these things in the darkest timeline.

However, it is a film that the more I think about it the more I wish it had gone in other directions. But you can’t just not watch it, can you?

There’s a famous blog post from Rod Hilton describing what’s now called Machete Order. In it, Hilton describes how to watch the films in neither chronological nor release order, but in a combination that preserves all the twists. Most notably, he advocates simply not watching Episode I: The Phantom Menace and explains how it doesn’t really affect the over-arching story. I think that the same could be said for Rise of Skywalker.

The most notable advantage of ending with The Last Jedi is that it preserves the revelation of Rey’s parents as nobody. Revealing that she was the granddaughter of Palpatine was odd and just sent people into a tizzy wondering when the Emperor might have had sex. The answer to that question, by the by, is he’s an emperor.

Rey not being of a vaulted line makes Star Wars better. Snoke himself says in The Last Jedi that as a force like Kylo Ren gains power an opposing force would emerge to meet it. There doesn’t need to be a genetic explanation for her gifts. She’s there because the Dark Side is in power. By having Rey remain a student of the Jedi but not part of any fabled Chosen One narrative, it empowers the galaxy with hope that no one will have to rely on mythical figures to save them.

In the prequels, the Jedi were a monastic order obsessed with eugenics and indoctrinating children young, while the original trilogy saw the power of the Force fully consolidated into the hands of two men in a very divine right of kings sort of way. The final scene of The Last Jedi is a slave child using the Force to summon a broom to himself after telling a story of Jedi heroics. The democratization of power is a very good way to say goodbye to the toxic history of the Jedi and Sith.

Granted, a lot is left unresolved if you skip RoS. Kylo Ren doesn’t get his redemption arc and the First Order continues their war. How much of that actually matters, though? It’s not like Skywalker ended any differently than Return of the Jedi did, and look at all the war that came after it. Assuming constant war in a series with war literally in the title is a pretty safe bet, and years from now we know the story will pick up again. Daisey Ridley, Adam Driver, John Boyega, and Oscar Isaac have all earned a good long rest, but they know they’re in this for life. There will be more stories.

Knowing that, it’s kind of fitting to leave Ben Solo as we do in The Last Jedi. He’s standing on a field, defeated and haunted, while his frenemy flies off with the seeds of his downfall. It’s basically the end of Texas Chainsaw Massacre with Leatherface swinging his saw around in a rage, but more emo and hopeful. We can tell from the last moment that we see Ben he is going to spend the rest of the war haunted by his deeds. He might win, he might lose, but there is no escape. That doesn’t put a nice little bow on the story, but its far stronger thematically.

Kylo Ren is obsessed with destroying the past yet can’t escape it. Rey is obsessed with finding her past but is stronger when she simply leaves myth and parentage behind to forge her own way without a magic sword or parental figures. The Last Jedi tells us that it’s time for the old ways to be over, and it ends with them doing just that.

Rise of the Skywalker slavishly clings to the old, demanding that it be given its due and a place at the table. The final battle is literally all of the Jedi and all of the Sith embodied in two people duking it out so one or the other can win. Evil is vanquished, and God knows I needed to see that right now, but it’s not as good as just leaving all that space boomer baggage behind.

If you stop with The Last Jedi, you never learn Leia’s ultimate fate, or see the final defeat of the Emperor, or watch the galaxy rush to the side of the Rebellion, or witness Ben Solo redeem himself, and those are moments worth having in your emotional library. That said, if we take the lessons of Machete Order to heart and cut the saga to what is necessary, we can see that none of that truly was.

The Skywalker Saga is a tale of what happens when a person is manipulated by forces beyond his control to dark ends and the legacy of corrupt systems on the future. The Last Jedi shows the future leaving that legacy behind for a new one, and that’s worth ten cheap pops from beloved star cameos. The next time you feel in the mood to watch the whole thing again, remember: IV, V, II, III, VI, VII, VIII. End knowing the war continues and a new hope must be found in an increasingly complicated world.
KEEP THE HOUSTON PRESS FREE... Since we started the Houston Press, it has been defined as the free, independent voice of Houston, and we'd like to keep it that way. With local media under siege, it's more important than ever for us to rally support behind funding our local journalism. You can help by participating in our "I Support" program, allowing us to keep offering readers access to our incisive coverage of local news, food and culture with no paywalls.
Make a one-time donation today for as little as $1.