The Conners is Proof Racists are Replaceable 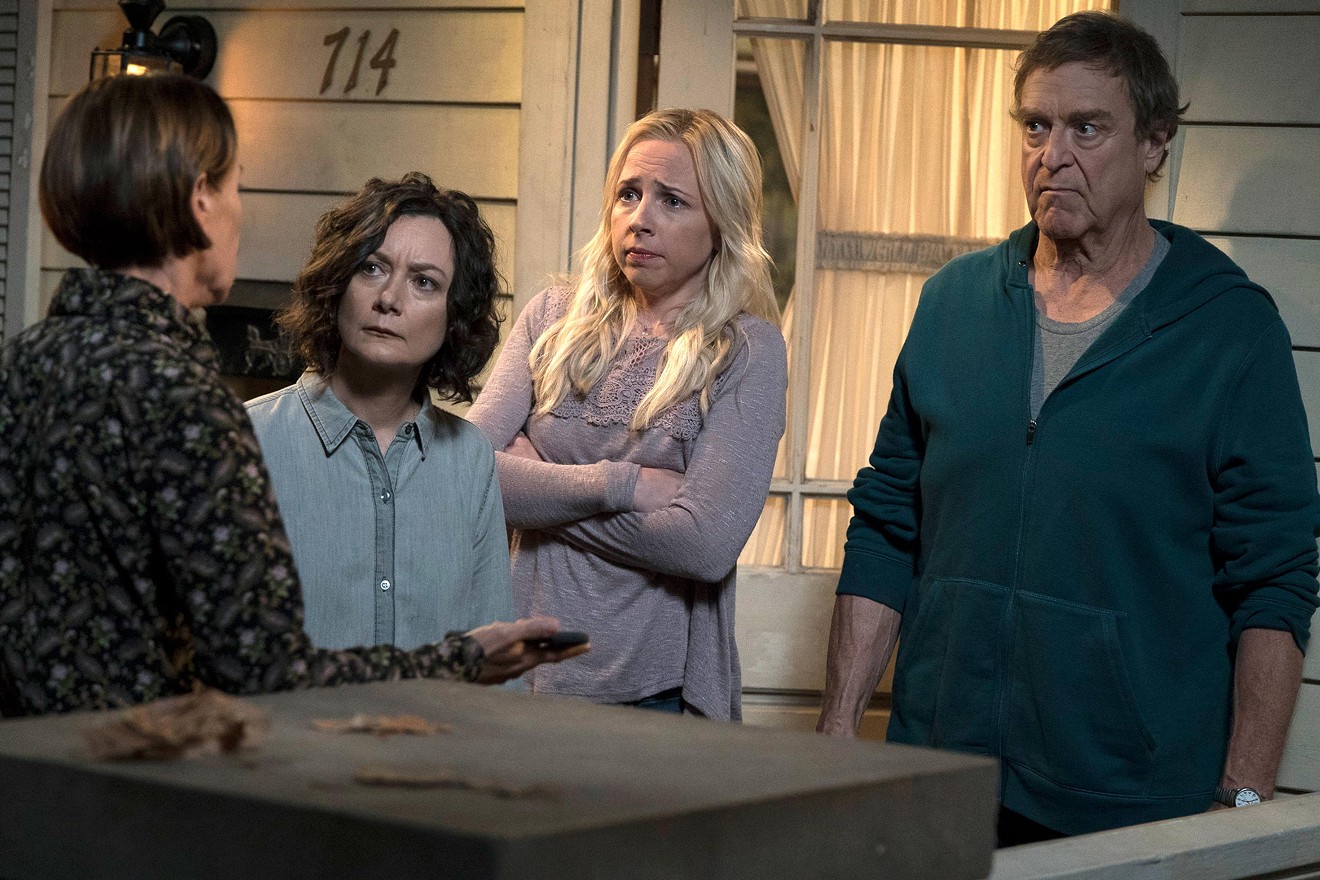 I have an old Paul Williams song in my head. Screencap from The Conners
I started watching The Conners, the Roseanne spin-off minus Roseanne Barr herself, who was ousted from the show after her racist tirades on Twitter became too toxic for ABC to put up with no matter the ratings. Barr was given the boot, and the show carried on without her by killing her character off in an opioid overdose.

The Conners is… fine. It’s fine. It’s funny in places, full of pathos in others. I see more of myself in Sara Gilbert as Darlene now than I did when I watched her as a kid. There was a recent scene where she goes to work as a writer covering the dregs of humanity and has an argument with her editor about how much more it could be and I had to ask my wife to PLEASE STOP STARING AT ME LIKE THAT. The show is good and as comfortable as my two decade-old KISS farewell tour T-shirt.

You know what I like the best about it, though? It proves once and for all we just don’t need racists. They’re completely replaceable.

There’s this fixation I run into with conservatives on social media lately. They like to inflate their necessity to an absolute. In an argument with one Donald Trump supporter — before I made like a LEGO movie and blocked him — he said “who cares if a plumber is racist if he’s good at his job?” I do because there are tons of equally qualified plumbers out there who aren’t racist and would love to come fix my sink.

Take Jimmy Buffett. Lord High Parrothead angered conservative fans recently by campaigning for Florida Democratic gubernatorial candidate Andrew Gillum and Senate incumbent Bill Nelson. You can read some of the reactions at Spin thanks to Maggie Serota, but they come down to a basic idea. We are your fans and it’s dangerous to cross us.

It’s not, though. Jimmy Buffett is a 71-year-old millionaire who wants to play music and live on the beach. Forbes lists his worth at over $500 million. Buffett’s life is immune to pissing off virtually anyone who isn’t the IRS. He can write books and music and start clubs and play concerts all he likes, and if his entire conservative fanbase never bought another product of his again he simply wouldn’t be affected.

Likewise, there is nothing missing from The Conners without Barr. Let’s keep in mind that in the years after the show ended Barr was arguably the least-accomplished of the main cast. John Goodman has become Hollywood royalty, Laurie Metcalf’s list of award nominations is a mile long, Johnny Galecki ended up the star of one of the most popular sitcoms of the last decade and Gilbert started a successful talk show.

In fact, without Barr’s long shadow some of the characters finally get the spotlight in great ways. Lecy Goranson as Beck in particular has become a commanding presence as she battles poverty, pregnancy and alcoholism in the wake of her mother’s death. I always knew Goranson had better acting chops than the show let her display because she was marvelous in Boys Don’t Cry, but in The Conners she is just on fire. Michael Fishman still gets underused, but when he has a moment he makes the most of it. That’s not even taking into account how the child actors have filled in the roles vacated by the Conner kids in new and interesting ways.

Is The Conners groundbreaking television that redefines the medium? No. It’s a good little show that old fans can love and some new folks could probably enjoy. It does tackle some relevant issues affecting the struggling white middle and lower classes, and it is a very nice mix of conservative and liberal realities without ever getting too preachy about it. Goodman especially is probably the platonic ideal of the white grandpa adjusting to the world. The ratings are solid, not spectacular. As continuation series goes it’s better than Fuller House and not as good as Will & Grace.

It’s like I said: fine. It exists perfectly well without all the baggage of waiting for Barr to call another black woman an ape or buy into another ludicrous right-wing conspiracy theory. Nothing is lost that can’t be found in other characters. It may not be the exact same show, but it’s not noticeably different. Roseanne Conner is more compelling as a corpse than she was as a living character in the last season.

We don’t need racist talent. The reason that most of those people have hung on to the public spotlight is because the entrenched power structure rewarded them and silenced other voices who might have challenged them. Comedy and television are better for Roseanne the show, but The Conners makes it abundantly clear that Barr was not the only person who could have hit those cultural marks.

There was just no reason to keep her around. There’s no reason to keep ANY of the bigoted talent around. Billy Gibbons can find another opener who doesn’t make screaming “make America great again” posts on social media. Are we really worried that someone can’t take Megyn Kelly’s place after she picked “is blackface offensive?” as the hill she wanted to die on? Isn’t The Hate U Give a better film for dropping Kian Lawley after clips were found of him using racial slurs? No one with working eyeballs is going to try and convince me that using KJ Apa instead wasn’t a smart move.

There simply are not one-of-a-kind talents out there whose genius necessitates putting up with that mess in the name of art. They don’t exist, and The Conners shows that by axing their own title character and continuing on almost without a ripple. They are replaceable. Totally. And we should swap them out for non-bigots as soon and as often as possible.
KEEP THE HOUSTON PRESS FREE... Since we started the Houston Press, it has been defined as the free, independent voice of Houston, and we'd like to keep it that way. With local media under siege, it's more important than ever for us to rally support behind funding our local journalism. You can help by participating in our "I Support" program, allowing us to keep offering readers access to our incisive coverage of local news, food and culture with no paywalls.
Make a one-time donation today for as little as $1.