Reviews For The Easily Distracted:
Raise Hell: The Life & Times Of Molly Ivins 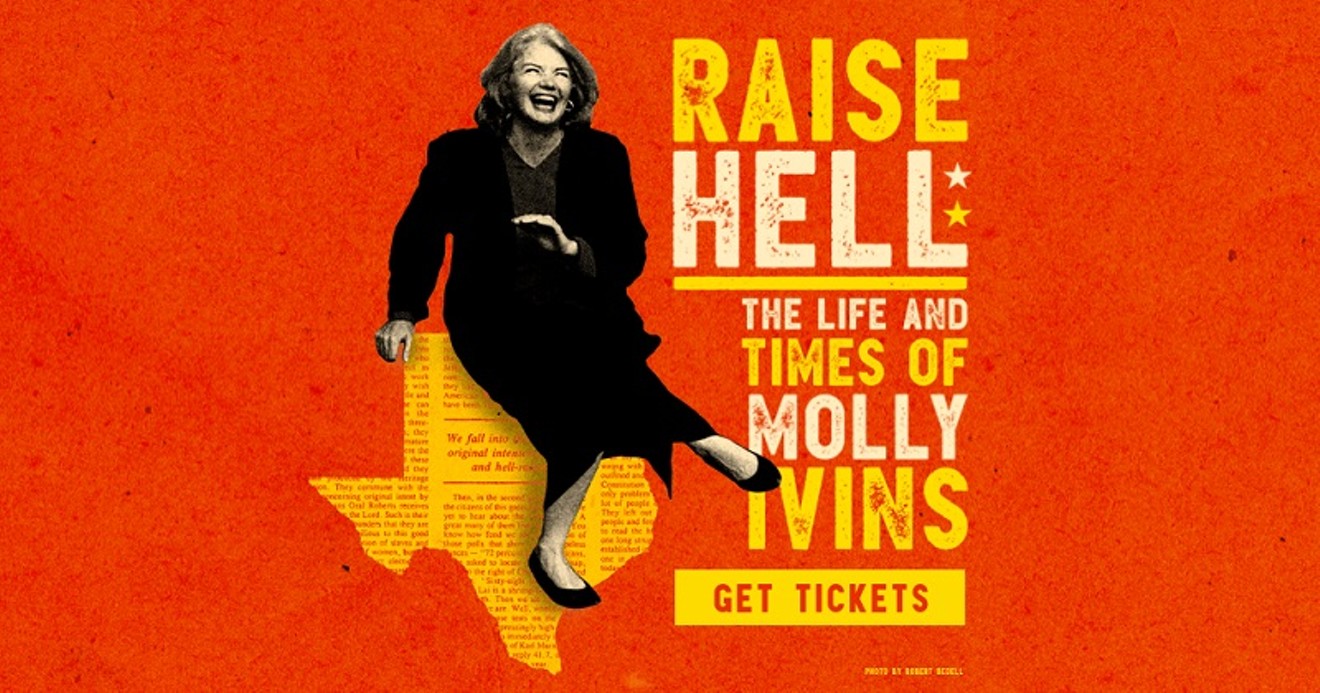 Describe This Movie In One Hamlet Quote:

ROSENCRANTZ: ... many wearing rapiers are afraid of goosequills.


Brief Plot Synopsis: The rise, rise, and sort of leveling off of one of the Lone Star State's greatest political writers.

Rating Using Randm Objects Related To The Film: 4 MTM hat throws out of 5.

20th Television
Tagline: "Her pen was mightier than politics."

Better Tagline: "She danced with them what brung her."

Not So Brief Plot Synopsis: Molly Ivins' folksy yet confrontational style served as a template for future political writers and helped spur the modern protest movement. This movie is ... about that.


"Critical" Analysis: It's hard to think of any Texas political writer more widely known or beloved/loathed than Molly Ivins. Fans of hers were as passionate as those of any author, nonfiction or otherwise, while her detractors were just as enthusiastic about putting her in her place, as if they ever had a chance. She's been gone now for more than a decade, but her influence is still being felt. And, in some ways, it's stronger than ever.

Janice Engel's documentary traces Mary Tyler Ivins' (she never liked her given name) life from her Houston upbringing (River Oaks, where her dad was a strict oil and gas exec) through college and on to her eventual storied newspaper career. Starting at the Texas Observer, she moved on to the New York Times, where frequent clashes with her superiors led them to send her off to be Rocky Mountain bureau chief (where she still butt heads with editor Abe Rosenthal), then back to Texas to write for the Dallas Times-Herald.

Ivins was twice nominated for the Pulitzer (losing in 1988 to Dave Barry, which ... come on), a feat all the more impressive considering her focus on state issues and her unique style. She adapted a down home, "straight shooter" approach for her columns that belied her patrician upbringing (St. John's, followed by Smith and Columbia).

From the interviews Engel conducts, it's clear Ivins' outsized persona was a hit among fellow liberals like The Nation's Victor Navasky and Paul Krugman (though the funniest line in the whole movie might be Krugman referring to former boss Bill Clinton as a "progressive"). And with her unerring sense of humor, six-foot frame, and ability to outdrink just about anyone, her company was irresistible to even those politicians who didn't share her outlook.

Perhaps what stands out most of all is how disarming Ivins was in spite of her sharp tongue. No mere bomb thrower, she was able to infiltrate the good old boy network of Texas politics even as she shone light on its armadillos. Er, peccadilloes.

Experiencing Raise Hell's bygone era of newspaper muckrakers and hard-drinking journos is almost like visiting Jurassic Park. For while there are still journalists that command wide audiences (with a reach greater than print media could ever dream of emulating), their personalities are as overshadowed by Ivins as an anthill is by K2.

Engel also doesn't have to strain to link Ivins with the modern-day protest movements. There's little doubt she would have had *lots* to say about our current President, never mind those currently occupying the highest offices in the state, so it isn't hard to draw a line from her early '00s anti-war epistles to the massive demonstrations that followed the 2016 election.

Ivins died in 2007, 10 years before Trump's inauguration, after finally succumbing to inflammatory breast cancer. And while she may not have been able to join with those who marched in protest, her spirit was definitely everywhere to be found. This is Ivins' true legacy, and one hopes she'd be happy with it.
KEEP THE HOUSTON PRESS FREE... Since we started the Houston Press, it has been defined as the free, independent voice of Houston, and we'd like to keep it that way. With local media under siege, it's more important than ever for us to rally support behind funding our local journalism. You can help by participating in our "I Support" program, allowing us to keep offering readers access to our incisive coverage of local news, food and culture with no paywalls.
Make a one-time donation today for as little as $1.