Reviews For The Uneasily Quarantined:
Let Him Go 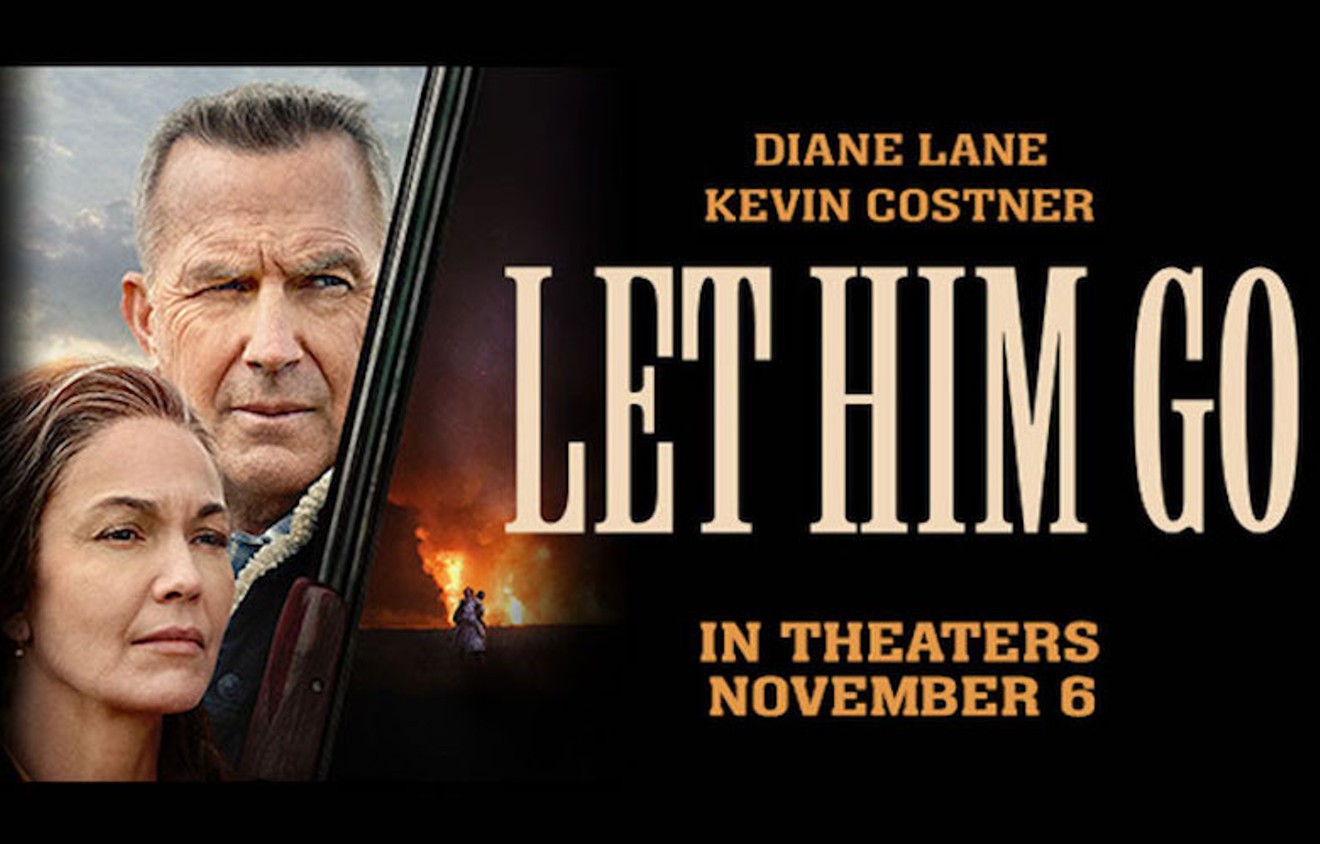 Describe This Movie In One Ransom Quote:

TOM MULLEN: Give me back my [grand]son!

Rating Using Random Objects Relevant To The Film: 3.5 Wee-Beys out of 5.

Better Tagline: "Foulard of Dreams: A History of People Tying Kevin Costner’s Neckties — From The Big Chill to Let Him Go"

Not So Brief Plot Synopsis: The untimely death of their son weighs heavily on George (Kevin Costner) and Margaret (Diane Lane) Blackledge. But at least they can take solace in the grandson he sired with his wife Lorna (Kayli Carter). However, when Lorna remarries the abusive Donnie Weboy (Will Brittain) and subsequently disappears, it spurs Margaret and a reluctant George to follow them to North Dakota, home of the Weboy clan, to get the boy back.


"Critical" Analysis: The title of Thomas Bezucha's Let Him Go — adapted from Larry Watson's novel — can be taken one of two ways. The first, revisited throughout the film, addresses the difficulty Ma and Pa Blackledge (Margaret, especially) have coming to terms with their son's death.

The second, which provides the thrust of the film, is the implicit demand delivered to the film's antagonists (led by matriarch Blanche Weboy, played by the inimitable Lesley Manville). Naturally, the Weboys — who make the Westons from August: Osage County look functional — have issues with this.

You can imagine which of these involves more mayhem.

Let Him Go feels like a movie Costner himself would have directed (or maybe Clint Eastwood, but he would've demanded more bowels perforated by revolvers). Bezucha shares the Dances With Wolves director's love of stoic characters traveling through breathtaking frontier vistas (or what passed for the frontier in early '60s Montana).

And if driving into the hinterlands of North Dakota wasn't ominous enough, Michael Giacchino's score makes sure to remind you. Speaking of Eastwood, Giacchino (only a "T" away from an EGOT) takes a lot of cues from the former's Unforgiven, which only enhances the neo-Western feel.

But Costner and Lane are the focus here, and rightfully so. The Blackledges are an imperturable couple, living in a land where dialogue, like creature comfort, is sparse. The movie teases conflict between them regarding the decision to go after their grandson, but we know it's nothing serious, because these actors can sell the beats and rhythms of a long marriage.

And it probably doesn't hurt that they've played a couple before.

Their good cop/bad cop routine the couple uses in their approach to tracking down Lorna is also fun to watch. Margaret is disarmingly convivial, while George (a retired sheriff, no less) hangs on the periphery hinting at menace. It's all fun and games up until the extent of the Weboy clan's depravity plays out, leading to some desperate choices by the pair.

Let Him Go, if we're going for a slugline-style review, is like Animal Kingdom meets Preacher (the grandma story arc, not the God stuff). Bezucha's eye for Badlands gothic is strong, and Costner and Lane deliver for a target audience probably sick of trying to figure out what a "BTS" is.

Let Him Go is now playing in select theaters.
KEEP THE HOUSTON PRESS FREE... Since we started the Houston Press, it has been defined as the free, independent voice of Houston, and we'd like to keep it that way. With local media under siege, it's more important than ever for us to rally support behind funding our local journalism. You can help by participating in our "I Support" program, allowing us to keep offering readers access to our incisive coverage of local news, food and culture with no paywalls.
Make a one-time donation today for as little as $1.