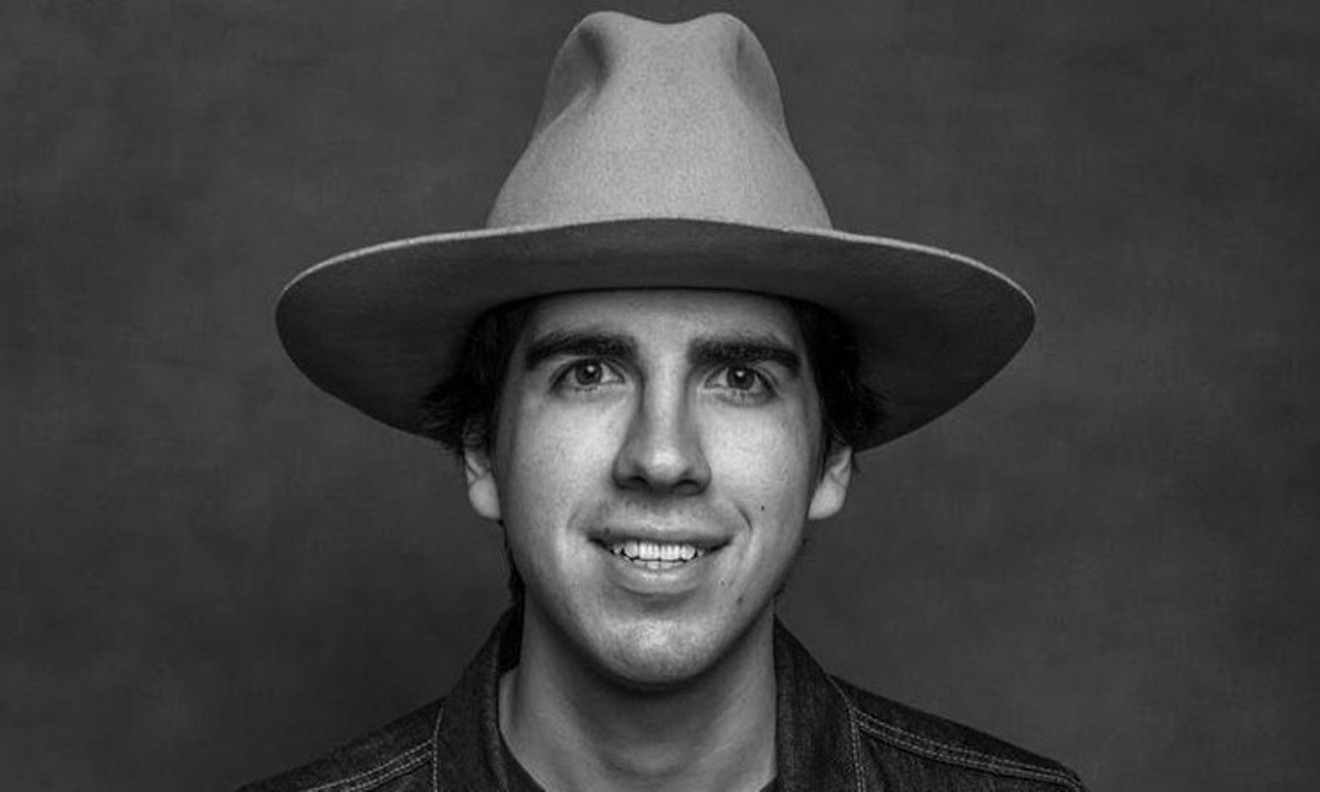 Oliver Penn released "Squash Blossom" showing off his bands Photo By Barry Dolton
Time is an abstract concept in even on the most normal days, but lately it has morphed into a whole other beast. Houston-based musician Oliver Penn definitely had it on his mind when writing his new single “Squash Blossom,” released in December.


“Squash Blossom” is a funky and soulful ride that cruises listeners through Penn’s inner thoughts on navigating life on "time that is borrowed" paired with rich horns and bluesy riffs creating a deep soul sound.

Penn describes how the inspiration for the song and title came from a specific period in his life where he was experiencing major changes which then conglomerated with all of the changes this year has brought for everyone. He grew to associate this time of life and his determination to adapt with a familiar object, his squash blossom inspired necklace.

“All this stuff happened and it felt like that was the cornerstone of when I decided to make a change and rather than fight it, just go with it. That’s what it meant to me, allowing life to happen and taking it as it comes.”


"That’s what it meant to me, allowing life to happen and taking it as it comes.”


“I’ve decided, especially with this time, if you wanted to do something different, now is the time to do it,” says Penn who describes his new single as the product of him and his band pursuing a new direction sonically.

Penn, originally from Rhode Island, relocated with his Texan parents to Houston in his high school years. He quickly absorbed the southern blues sound and took it back up north but in the past few years he has called Houston his home.

“I've really found a home in Texas. I feel like everyone has embraced me really well and the music scene here is really warm and inviting. Everyone has been really cool to me. I’m definitely a southern boy now.”

Penn and his band worked hard the past few years, honing in on their sound playing frequently at bars around Houston and nearby cities creating a blend of influences which undoubtedly pays tribute to the gulf coast sounds while making it their own.

Before COVID, they had shared the bill with fellow southern trailblazers Shinyribs and Charley Crockett. The three bands share a DIY approach and embracing of classic R&B mixed with country storytelling.

“Basically I’ve been using 2020 as a way to re-frame what I've been doing,” says Penn. He describes how audience members would approach him at the end of shows with a checklist of all the different genres of songs they had heard during his performance.

“I always took it as a compliment,” he says. “I always liked that but I wanted it to be less dissectible. I wanted it to be more like you hear the song and it has influences from that and celebrates all those different types of music, but I didn't want it to be song to song.”

“Squash Blossom” successfully embodies Penn's and his band mates' musical flavors and they captured that lighting in a bottle that a live performance holds leaving listeners with a desire to hear more.

“We want to do a live album at some point because we feel like that's such a unique part of what we are doing right now. The music I've been making, at least the last couple of songs I've put out, don't really reflect what we do live so we were all like we should do something more updated, more current to what we are doing now.”

During the pandemic, Penn has been able to stay busy in and around Houston playing solo shows but like so many musicians, hasn’t been able to secure gigs for the whole band. “I definitely miss playing with those guys and unfortunately, can’t get them guys paid so that's been tough.”

If "Squash Blossom" is showing us where Penn is headed, we should follow him along for the ride.
KEEP THE HOUSTON PRESS FREE... Since we started the Houston Press, it has been defined as the free, independent voice of Houston, and we'd like to keep it that way. With local media under siege, it's more important than ever for us to rally support behind funding our local journalism. You can help by participating in our "I Support" program, allowing us to keep offering readers access to our incisive coverage of local news, food and culture with no paywalls.
Make a one-time donation today for as little as $1.