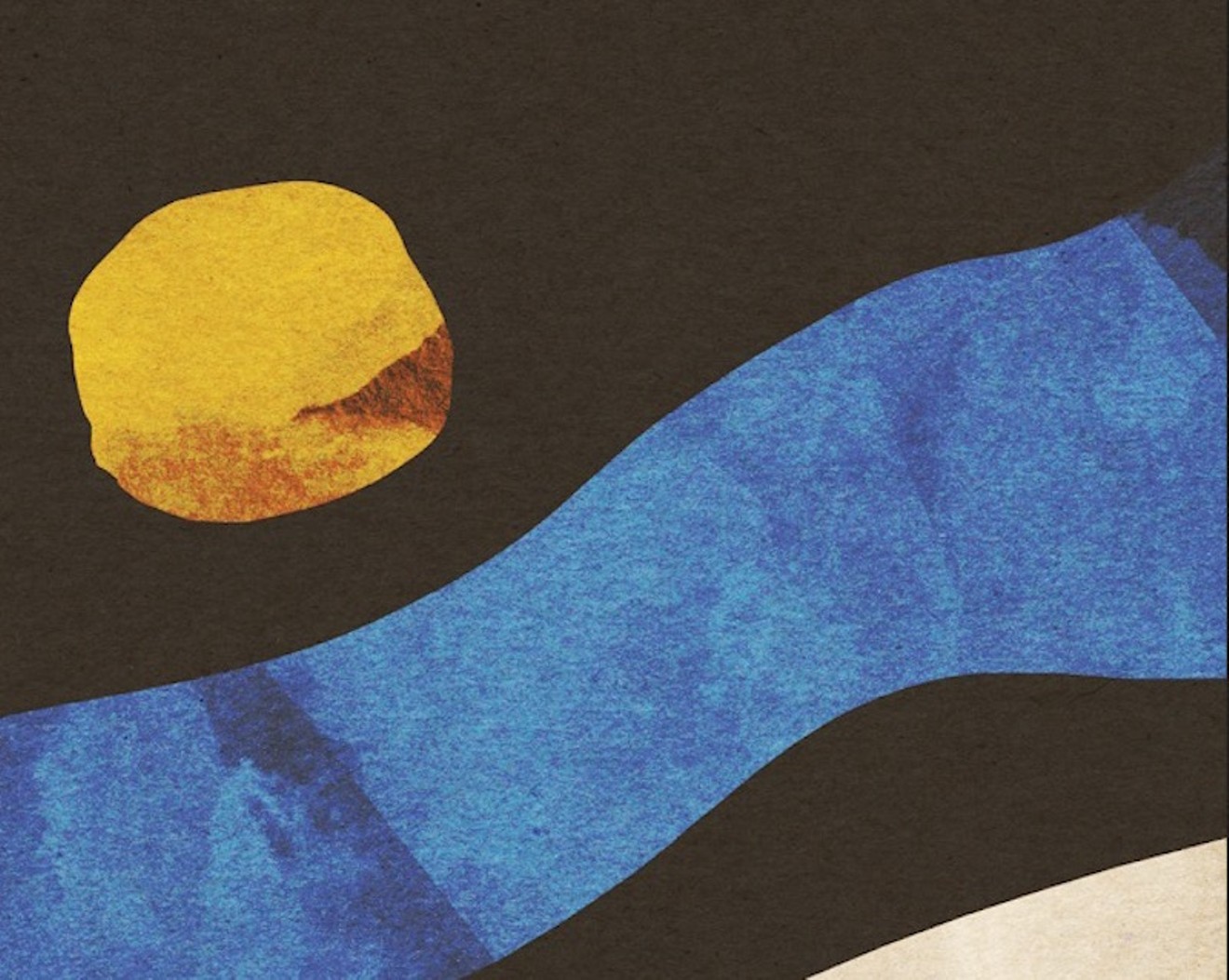 Adam Bricks starts 2021 right with his new single, "It's A New Year." Artwork By Lindsey Cooper

Just in time to soak in and send off the coldest days of winter and the Valentine’s day sugar rush, Adam Bricks has released his latest single “It’s A New Year” serving as a kind of love letter to the city of Houston and a hope for better times ahead.

“It’s A New Year” joins Brick’s previously released singles “Try” and “Funeral” on his upcoming album Trials, which he plans on releasing this year. “It’s been a crazy year for me and music has kind of taken a back seat for a little while to some other stuff, but every time I come back to it I realize how much it means to me to make music,” says Bricks.

He wrote the song a few years back as he waited for some friends to pick him up to head to San Antonio for a concert. Bricks describes how after a particularly dark time in his life, this day he finally felt the weight of sadness lift.

“I just felt really good about the world,” says Bricks. “I was trying to tie it all together in one kind of song that made sense to me. I don’t really write happy songs.”

“It’s A New Year” captures a carefree joy and hopefulness that often get left behind in youth but serves as a sweet reminder that everyone could use a little joyful daydream now and then.

Bricks found his inspiration broadly in the city of Houston but sings specifically about the magnificent Menil Park in Montrose where he would frequent while processing the end of a long-term romantic relationship.

“Every time I came to Menil Park it was like re-visiting a dream that you leave once you leave the park. I think that the song really speaks about that feeling that I'm trying to grab and put in the song with everything that I'm saying.”

Supported by an easygoing guitar riff, “It’s A New Year” plays like a poem with Bricks artfully describing not only a personal feeling of joy and relief, but also little nuances of the city that he skillfully fits into his lyrical journey.

Bricks has moved around a lot in his life but he credits Houston with not only providing him a home and stability, but also being a place where he has always found writing to come easier. Before moving back to Houston, Bricks spent some time in New York City, a time he references in “It’s A New Year.”

“I think that there's something really cool about Houston,” he says, describing how our city’s diversity and strong immigrant culture has always contributed to the feeling of inclusivity experienced here.

“Houston feels like it’s the outsiders club. It’s a place where anybody can get a foothold if they make the right connections, if they struggle. Our city is so culturally rich. It’s not beautiful, I don't think it's beautiful at all, but there are parts of it that are little oases from all the construction and cement.”

The Menil Park is definitely one of those beautiful spots in the heart of the city. “Doing all the traveling and coming back and hanging out at Menil, I think all of that together produced this song.”

“I was trying to put a lasso around the good feelings that come with spring, going to Menil Park and seeing all these people strewn out on the grass just being lost in some weird place where suddenly time is not an issue. It’s very much an ode to Menil Park.”

This is the perfect time to remind each other and ourselves that spring is coming and the sun stays up a little longer with each passing day and "It's A New Year" does just that.

“It's been a really rocky year and I think people are hoping that 2021 will bring something better and it looks like maybe it might, but maybe it won't. I can't really make predictions at this point, but in the song I just say ‘I can say I'm still here.’ For me, at the time, that was a big accomplishment because when you get depressed, when the winter time feels like everything is just really black and dark, you start to feel like you'll never get to summer.”

"It's A New Year" is available on all streaming platforms now.
KEEP THE HOUSTON PRESS FREE... Since we started the Houston Press, it has been defined as the free, independent voice of Houston, and we'd like to keep it that way. With local media under siege, it's more important than ever for us to rally support behind funding our local journalism. You can help by participating in our "I Support" program, allowing us to keep offering readers access to our incisive coverage of local news, food and culture with no paywalls.
Make a one-time donation today for as little as $1.