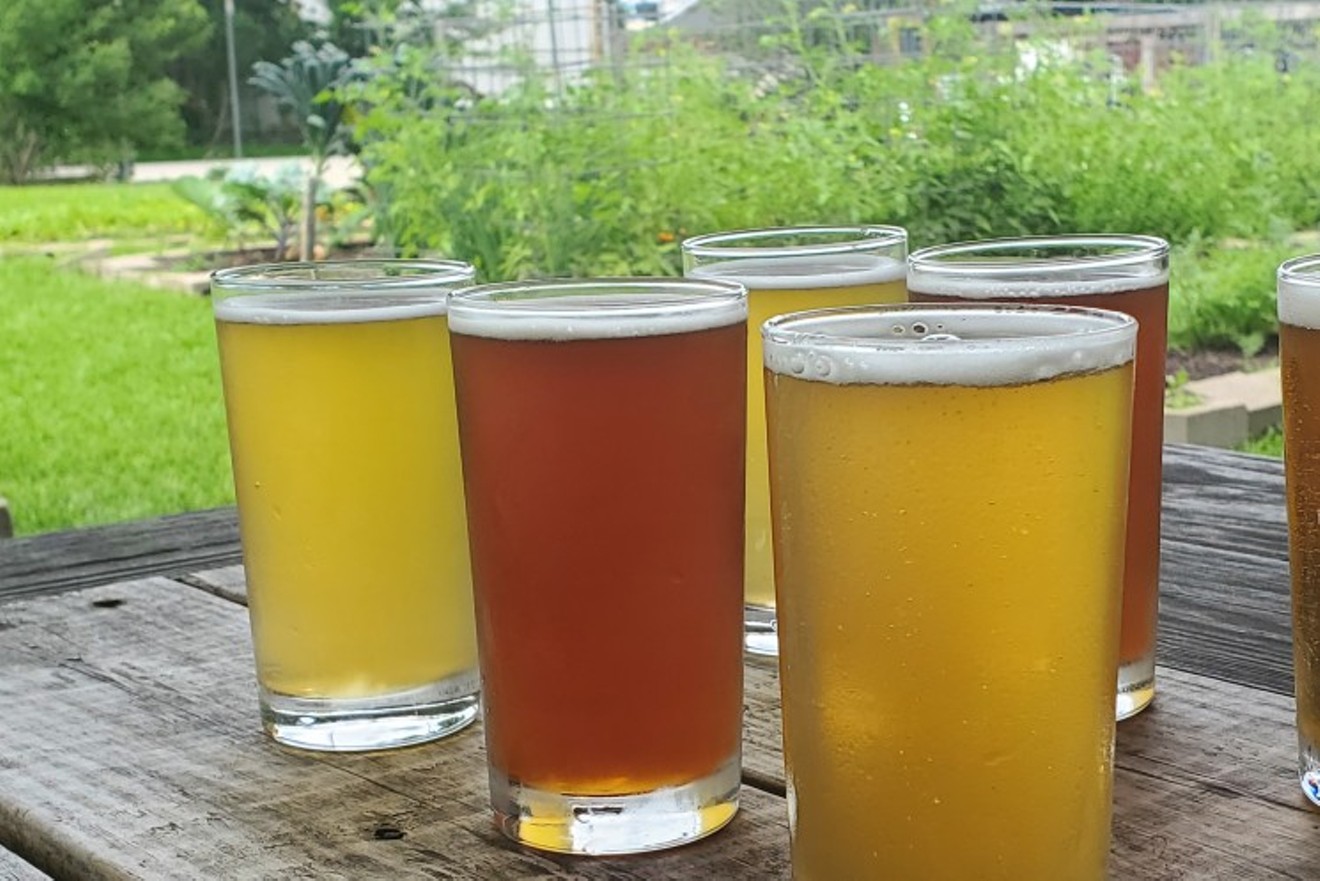 Sometimes the notion of being best is equated to being biggest, but if the craft beer industry has taught us anything it’s that bigger isn’t always better. Follow that logic to an unassuming, splendidly hidden plot of land just north of downtown and you’ll find City Acre Brewing, home to a literal beer garden, our favorite for the moment.

The beer styles there are diverse – IPA, bock, cream ale and a hearty but not overly-intoxicating barleywine, to name a few. Quality isn’t cast off for quantity. Everything we’ve tried, including the sturdy burgers and a simple but outlandishly-tasty pickled veggie sampler from the food menu, tastes as if it was created from the nurturing heart of a dedicated farmer. That’s because the brewpub’s beer garden is surrounded by garden spaces where ingredients for its beers and vittles have their literal roots.

The beer garden is mostly a collection of people at a collection of picnic tables amidst Magnolia trees and rose bushes. Besides an adjacent Victorian home for special events, the beer garden is most notable for what’s missing. Coming out of a pandemic lockdown, many social beer drinkers are seeking the places with the largest HDTVs showing the most sporting events or hosting concert series or whatever else draws the masses. City Acre’s beer garden is like a rural gem in the big city, where the absent din of blaring TVs and stereo amplifiers gives way to groups of friends and families visiting over a beer or a meal. City Acre’s is a beer garden which allows us to grow more intimate personal connections, the sorts we came to value so dearly when we were forced to spend so much time apart.

3418 Topping, Houston
832-377-0237
cityacrebrewing.com
KEEP THE HOUSTON PRESS FREE... Since we started the Houston Press, it has been defined as the free, independent voice of Houston, and we'd like to keep it that way. With local media under siege, it's more important than ever for us to rally support behind funding our local journalism. You can help by participating in our "I Support" program, allowing us to keep offering readers access to our incisive coverage of local news, food and culture with no paywalls.
Make a one-time donation today for as little as $1.