Clay Melton Shreds All Over New Album Burn the Ships 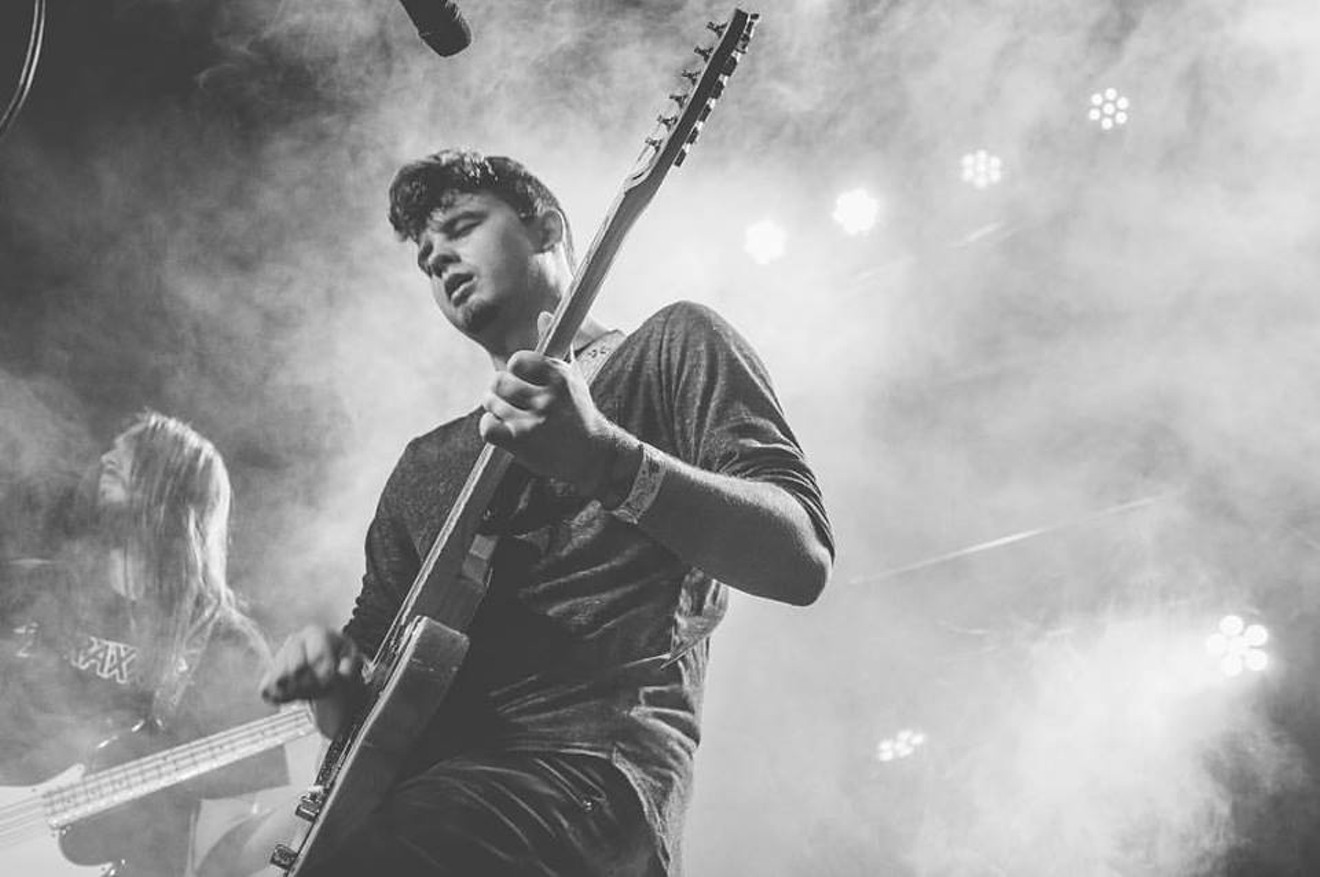 Clay Melton is much more than a typical blues-rock guitar-slinger. Photo by Daniel Jackson
Odds are many of you don't know who Richard Cagle is, but for about 20 years, he shaped the Houston music scene while holding a job at Exxon. He introduced the world to acts like Deadhorse, Carolyn Wonderland and many more; he also owned the now-defunct Urban Art Bar. So when he reached out to me to tell me about a new artist, I listened; when he said Clay Melton, though, it was a name I already knew. But by putting his stamp of approval on him, I knew Melton was worth keeping an eye on. Possibly one of the biggest champions of the Houston music scene, Melton has been playing for anyone who will listen, and on his new release, Burn the Ships, that hard work pays off. It's bluesy, it rocks, but it's far from the typical fare. Melton proves he's not just another kid who can play but rather a guy who makes the guitar know who's running the show.

Opening with the catchy and melodic "Secrets," Melton doesn't waste time in giving you a taste of how strong he is with an axe. The way he mixes the thunderous drums, the syrupy bass and the guitar alongside his own voice creates a sound that is head and shoulders above typical blues-rock. Don't get me wrong, Melton quickly proves his blues-rock mettle with a searing guitar solo, but it has more snap and pop than the traditional 4/4 structure so common to the genre.

He follows with the lounge-y, funk-infused "Wind & Wave," where Melton proves he can take his music pretty much anywhere he wants to. Kam Franklin of The Suffers' guest vocals really increase the track's soul, but the added brass shouldn't be overlooked. These additions create something far above anything you might hear from most blues-rock artists.

The next two tracks, the instrumental "Burn the Ships" and the almost progressive-sounding "Love Out Loud," amount to companion pieces that show off Melton's smooth style. That doesn't mean that the track doesn't hit hard when it should, and when it does, it sticks with you. The drums on the doo-wop-influenced "Soul" have that classic Beatles feel, making the song that much more engaging. Nothing against the next track, "Battlement," but the following "Rain" should definitely raise an eyebrow or two. Slower than the bulk of the record, this song squeezes in so many different elements that it's not hard to see why pigeonholing Melton into one particular genre is so difficult. Mixing traditional blues structures on a rock album can be tricky and often cheesy when things get slowed down, but Melton makes it pay off for him.

While Melton doesn't mind showing off his fretboard skills on the face-melting opening of "Timing's Everything," the acoustic sound of the soft and sweet closing track, "All Alone," is what really caught my attention. It's always cool to hear an artist take a guitar and a distortion pedal to task, but much more impressive to hear him take an unplugged guitar out for a stroll, which Melton does here better than most. It just confirms that Burn the Ships is a great example of an artist on the rise who is rewriting the rules as he ascends.

You can stream Burn the Ships at all of the usual places or purchase it directly from Melton at this link; proceeds will go to benefit victims of Hurricane Harvey. You can catch Clay Melton teach a guitar who's boss this Saturday at Walter's with special guests Devil Killing Moth and the Paul Ramirez Band. Doors at 8 p.m.; $10 cover.