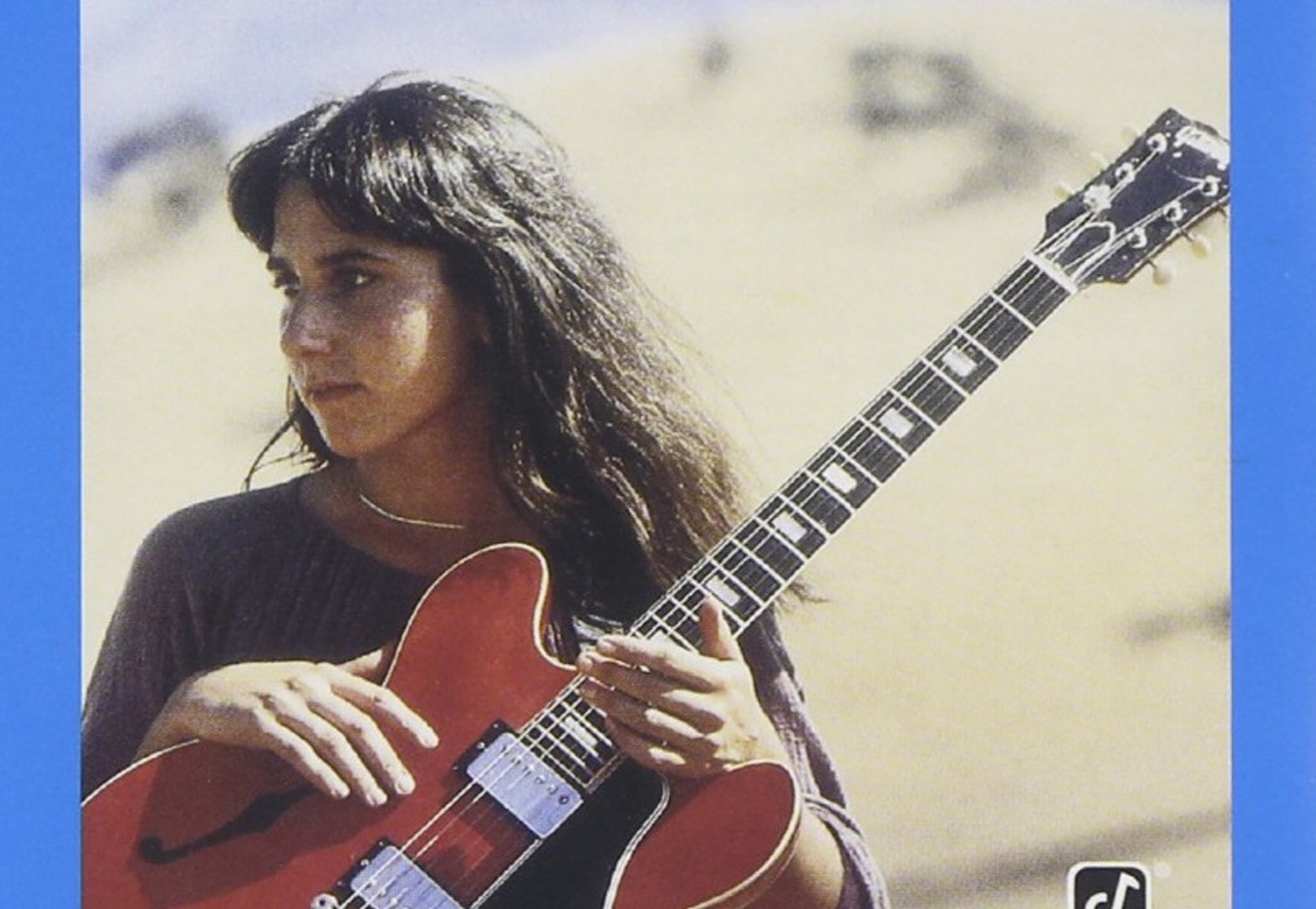 Compile a list of jazz giants and it’s sure to be overwhelmingly male in nature. The genre is so gender lopsided it’s literally populated with Dukes and Counts. And, if you relegate your list to instrumentalists only, omitting the world’s great female jazz vocalists like Ella Fitzgerald or Billie Holiday, the scales tip even further.

Emily Remler is one of jazz music’s few, vaunted women instrumentalists, an extraordinary guitarist who burst onto the scene in the 1980s but was gone by the end of the decade. She may not have been groundbreaking in a Miles or Mingus way, but her mastery of the instrument as a woman in the genre is influential. At least it should be. Ask music fans who aren’t bebop heads and they may never have heard of Remler. Today would have been her 63rd birthday, so it’s as good a day as any to recall the talent and dedication she possessed which earn her a spot on any list of jazz greats.

Remler was a New Jersey girl whose interests were in the arts but weren’t necessarily focused on music until she started strumming her brother’s Gibson guitar as a pre-teen. She showed enough promise to attend Berklee College of Music in the 1970s, which is where she veered from rock and folk music to jazz. There, she was turned onto Charlie Christian, Herb Ellis and especially Wes Montgomery. She was such a fan of the latter she once told People Magazine “I may look like a nice Jewish girl from New Jersey. But inside I’m a 50-year-old, heavyset black man with a big thumb, like Wes Montgomery.”

“After her tenure at Berklee, she went down to New Orleans and began working with just about every conceivable musical act that went through that city,” said Gavin Walker, host of the long-running Canadian radio program The Jazz Show, in a fine retrospective of Remler’s music recorded in 2018. “She worked with jazz singers like Nancy Wilson, Esther Phillips, she played Cajun music, she played rock and roll, she played the blues, she did everything. And, of course by that time, after her tenure in New Orleans, she had this incredible versatility and of course her reading and interpretive abilities were at the highest level.”


By 1981, Remler was in New York and had begun recording her discography, seven mostly out-of-print albums which began with her debut, Firefly, at the beginning of the decade and ended with This is Me, her final release, in 1990. In between those albums, she recorded East to Wes, an homage to her guitar idol Montgomery and established herself as a leader in the newest generation of jazz artists. She was Downbeat’s Guitarist of the Year and none other than Herb Ellis, whose music she’d pored over in college, deemed her the genre’s next guitar superstar.

While she was establishing herself publicly, Remler was also nursing some private wounds. A short marriage to jazz pianist Monty Alexander ended in 1984. And she was using heroin and other drugs though, according to Walker, not many knew of her addictions.

“Very few people knew this because Emily was a very sort of unpretentious, very intelligent, of course, young woman. She was always on time for gigs, always dressed appropriately, acted responsibly, no tantrums, none of this kind of stuff,” he said in his retrospective, which is about ten minutes of exposition before giving way to nearly three hours of Remler’s music. “She was very humble and always played well. Unfortunately, it was kind of something that was kept in secret.”

Remler’s final album was 1990’s This Is Me, which was released by Houston’s own Justice Records and teamed her with artists like David Benoit on piano, bassist Jimmy Johnson and drummer Jeff Porcaro. It’s a departure from her earlier output, inching her nearer to jazz-pop circles and was infused with Latin and African rhythms. Its 11 tracks showcase her versatility. Especially against the crossover-ready frameworks of the songs, you can hear every sound Remler studied over the years, her interpretations of all she took in while falling in love with jazz at Berklee or from playing in dimly-lit New Orleans music halls. Remler died the year the album was released, felled by a heart attack that was tied to her drug use, while touring Australia. That year, Justice released a tribute album to Remler featuring Benoit and her friend and champion, Herb Ellis.

Jazz Times recently ran a wonderful and thorough tribute piece to Remler which touched on her influence 30 years from her death and in an era which is pushing harder for gender equality in all walks of life. They note that changes everywhere mean changes too in the microcosm that is the music industry and mention Sheryl Bailey, an accomplished jazz guitarist who followed Remler and cites her as an influence.

Maybe because of her short career, or since her full discography is hard to come by, her star doesn't shine as brightly as it should, but many of us re-telling her story might restore some of its fire. On her birthday, in a time that still needs women heroes in music genres lacking them, it’s as good day as any to recall her life's work for the girls out there just learning guitar and thinking they too might have a big thumb, like Emily Remler.
KEEP THE HOUSTON PRESS FREE... Since we started the Houston Press, it has been defined as the free, independent voice of Houston, and we'd like to keep it that way. With local media under siege, it's more important than ever for us to rally support behind funding our local journalism. You can help by participating in our "I Support" program, allowing us to keep offering readers access to our incisive coverage of local news, food and culture with no paywalls.
Make a one-time donation today for as little as $1.