Brooks & Dunn Worth the Wait at RodeoHouston 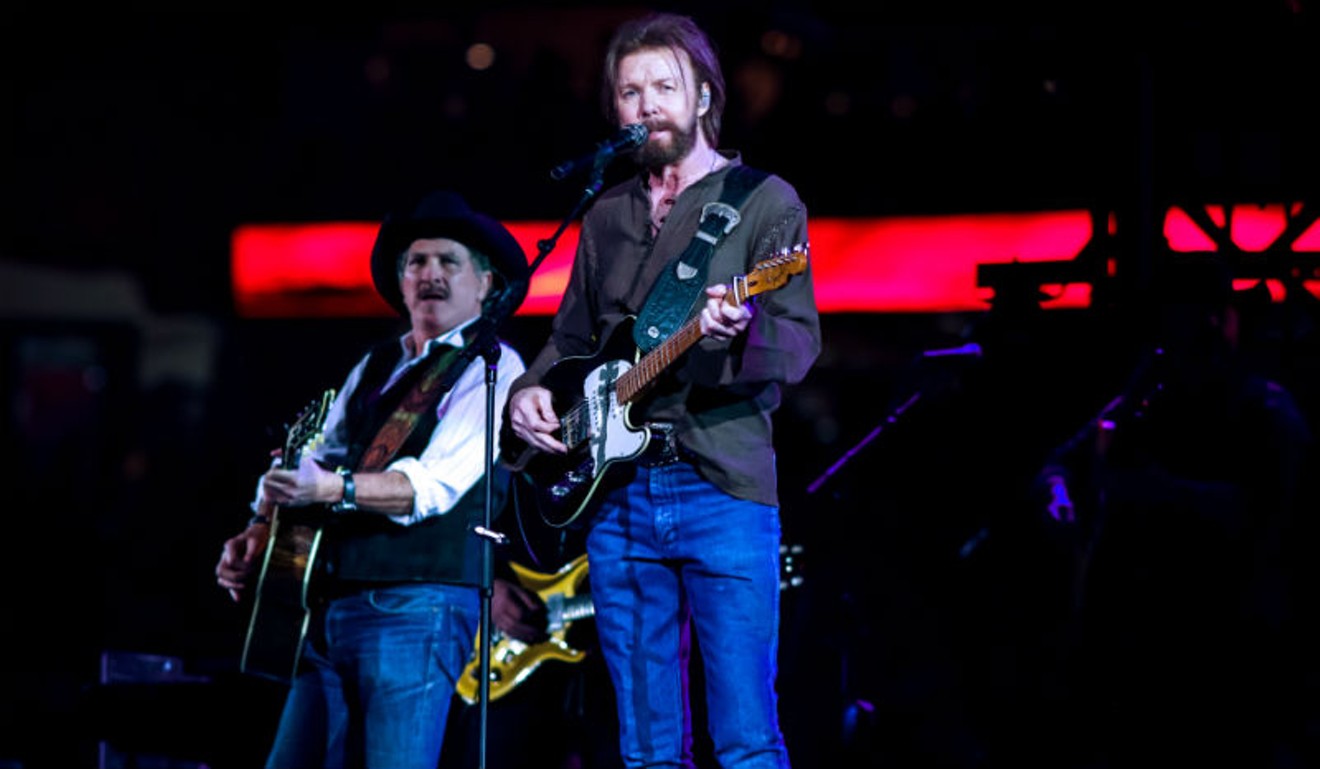 The only thing this duo left behind was fans wanting to hear more of their songs last night at RodeoHouston. Photo by Marco Torres
Brooks & Dunn
NRG Stadium
February 27, 2019

Brooks & Dunn has been relatively quiet over the past decade, and this makes sense. The duo of Kix Brooks and Ronnie Dunn, who burst onto the mainstream country music scene nearly 30 years ago, haven’t released a proper studio album in over a decade. Hell, the duo’s show at NRG Stadium on Wednesday night marked its first RodeoHouston gig in nearly a decade. But, when your country music royalty, you're allowed to pick your spots.

And when the lights went out over NRG Stadium before a lively crowd on Armed Forces Appreciation Night, it was all worth the wait. Brooks & Dunn, the most successful duo in country music history, blasted through a 16-song, 75-minute set that was long on hits and short on, well, not a whole lot.

After kicking off the set with old favorites “Brand New Man” and “Red Dirt Road,” the duo dug back into its catalog for crowd pleasers like “Play Something Country,” “Ain’t Nothing ‘Bout You” and “Lost and Found” (aka, the best Brooks & Dunn single that didn’t reach No. 1 on the country radio charts). From there, Brooks and a caked-in-sweat Dunn turned the energy up with hits of yesteryear like “Neon Moon,” “Hard Workin’ Man,” “Cowgirls Don’t Cry” and, of course, “Boot Scootin’ Boogie.” 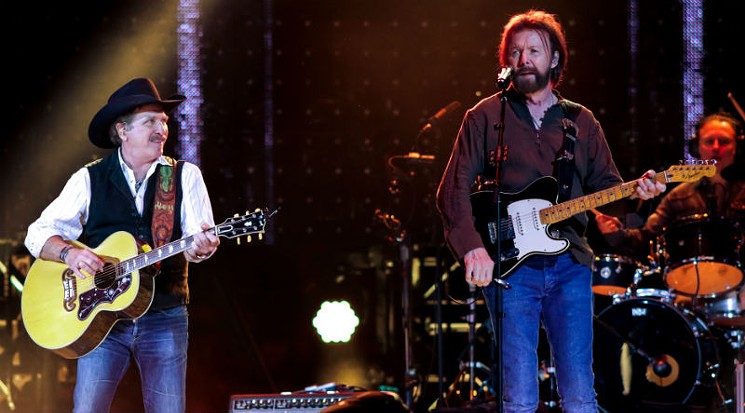 Country music royalty for sure.
Photo by Marco Torres
The most poignant moment, however, came on the closing song of the set, when the band brought out a number of servicemen and servicewomen as part of Armed Forces Appreciation Night. The band launched into the show-closing “Only in America” as those military vets rightfully took in a standing ovation from the crowd.

RodeoHouston is about entertainment, community service and an appreciation of what it truly means to be a Texan. On Wednesday night, Brooks & Dunn checked all those boxes, and then some. 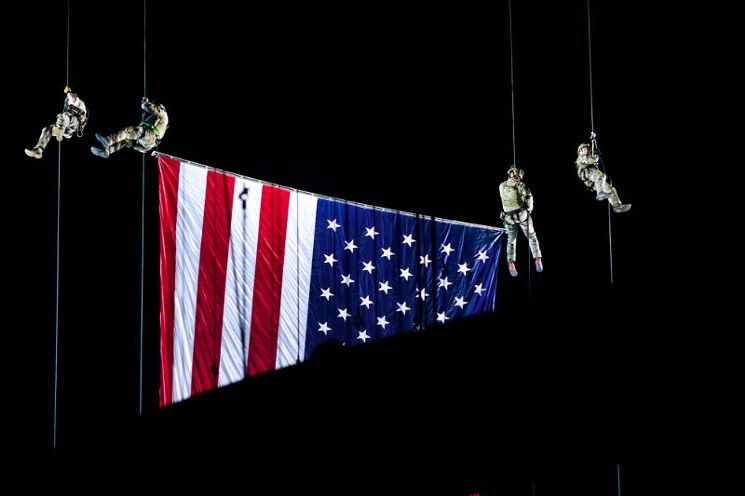 It was Armed Forces Appreciation Night.
Photo by Marco Torres

Overheard in the Crowd: A ton of “Woooooosssss” and “Yeeesssssssss” chants when the band tuned up “Neon Moon” eight songs into its Rodeo Houston set.

Random Notebook Dump: Back when kids were allowed to sorta just roam around, my dad gave my brother and I his Rodeo Houston committee badge some 25-plus years ago. We wandered over to the Astrodome and saw an up-and-coming country duo named Brooks & Dunn, which put on one hell of a show. We even made it back to the livestock barn unscathed. Simpler times … I have no information to back this, but I get the sense we just saw Brooks & Dunn perform at Rodeo Houston for the final time. If so, kudos to a pair of legends … The plus-1 and I went back and forth in terms of greatest country duos and trios in music history; we settled on Brooks & Dunn and the Dixie Chicks…I get that Rodeo sets are abbreviated but, damn, I wish Brooks & Dunn had made time in the set for “She Used to be Mine” and “That Ain’t No Way to Go.” 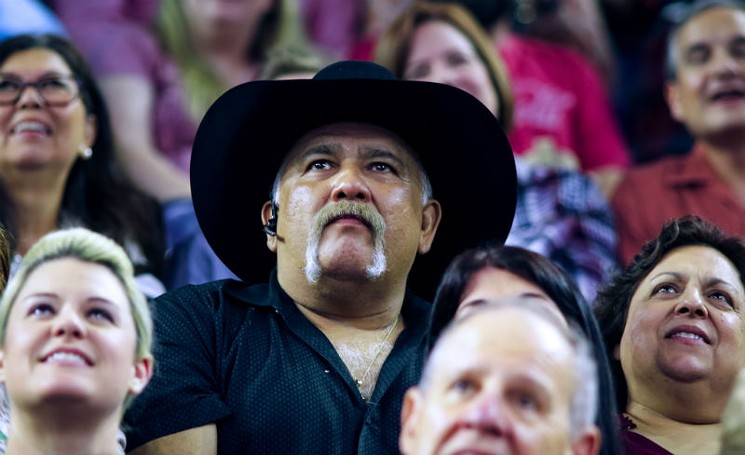 Faces in the crowd.
Photo by Marco Torres
KEEP THE HOUSTON PRESS FREE... Since we started the Houston Press, it has been defined as the free, independent voice of Houston, and we'd like to keep it that way. With local media under siege, it's more important than ever for us to rally support behind funding our local journalism. You can help by participating in our "I Support" program, allowing us to keep offering readers access to our incisive coverage of local news, food and culture with no paywalls.
Make a one-time donation today for as little as $1.