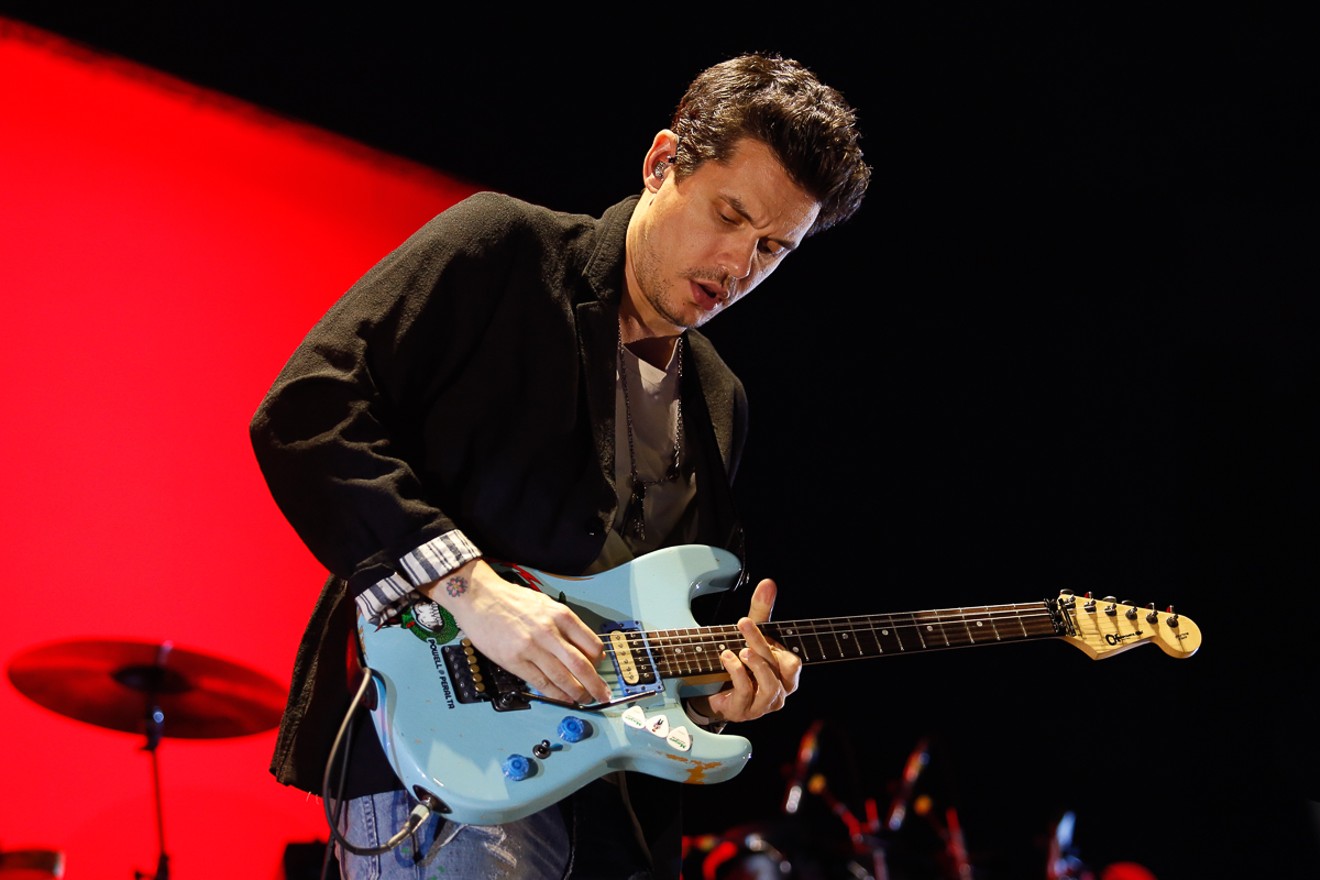 There's something supremely genuine about a John Mayer concert. You won't be bombarded with lasers or sexy back-up dancers or mosh pits during his show. Everything surrounding the performance hits the sweet spot, from the overall volume to the on-stage banter, the set list and the encore, it all blends into a fun and somewhat magical experience.

The night was split into two parts, a more reflective opening set performed in front of a James Turrell inspired minimalistic backdrop, followed by a more colorful and danceable second act. The video wall that towered over the band provided cinematic angles and vivid visuals that complemented the purposeful notes that rang out from Mayer's electric guitar.

What was interesting was the spirituality of his repertoire. In past shows, the mood was sultry and naughty, a reflection of his off-stage love affairs and heartbreaks. But the mood last night at Toyota Center had more in common with a Christian worship music concert, complete with extended arms, a few emotional tears, and an overall sense of belonging.

Mayer hit the stage looking comfortable, healthy, and happy. He took time to admire the reactions from the crowd, which was full of super fans, couples on dates, and predominately female.

"Sunday night is it's own little kaleidoscope of fun!" he said with a sly smile. "I love playing for it!"

John Mayer packed the Toyota Center for his Summer Tour 2019.
Photo by Eric Sauseda
Highlights from the opening act were the tracks "Vultures," "Changing"and "In The Blood."

The second set began with acoustic versions of "Daughters" and "3x5," followed by a beautiful cover of "Free Fallin'" by Tom Petty. The audience was completely enthralled by this time, singing the chorus loudly, enticing a smile from Mr. Mayer.

As the night drew to a close, Mayer thanked his fans for coming out and giving life to each and every song, calling this the "best job in the world" and proclaiming that "every artist should be so lucky".

John Mayer packed the Toyota Center for his Summer Tour 2019.
Photo by Eric Sauseda
The encore consisted of two songs, one old and one new. "Gravity" may not be his best song, nor his most popular, but the mix of notes and emotions make it a fan favorite.

"Whatever energy you have left, let's use it now!" yelled Mayer as the finale was cued up. The last track of the night was the upbeat "New Light."

"Let's dance our asses off!"

And that they did. I guess Dave Chappelle was right... (white) people do go crazy for John Mayer's guitar. 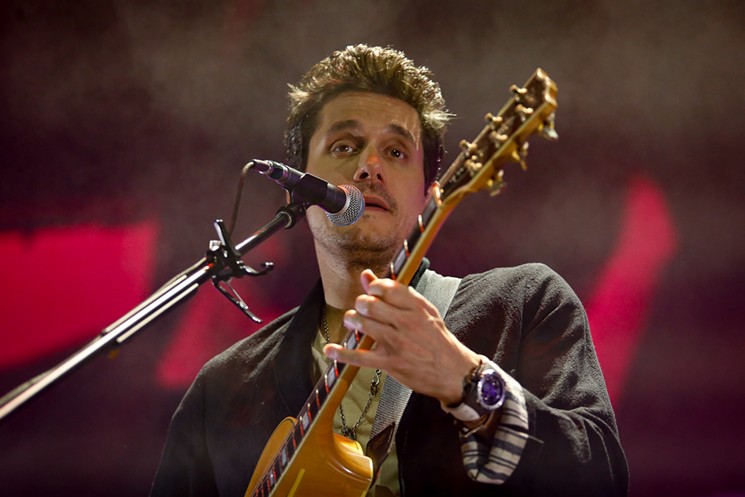 John Mayer packed the Toyota Center for his Summer Tour 2019.
Photo by Eric Sauseda
SET LIST
Set 1:
Heartbreak Warfare
Vultures
Moving On and Getting Over
Who Says
Why Georgia
Changing
Love on the Weekend
In the Blood
Carry Me Away
Edge of Desire

Encore:
Gravity
New Light
KEEP THE HOUSTON PRESS FREE... Since we started the Houston Press, it has been defined as the free, independent voice of Houston, and we'd like to keep it that way. With local media under siege, it's more important than ever for us to rally support behind funding our local journalism. You can help by participating in our "I Support" program, allowing us to keep offering readers access to our incisive coverage of local news, food and culture with no paywalls.
Make a one-time donation today for as little as $1.