Folake Olowofoyeku Dances Into the Light 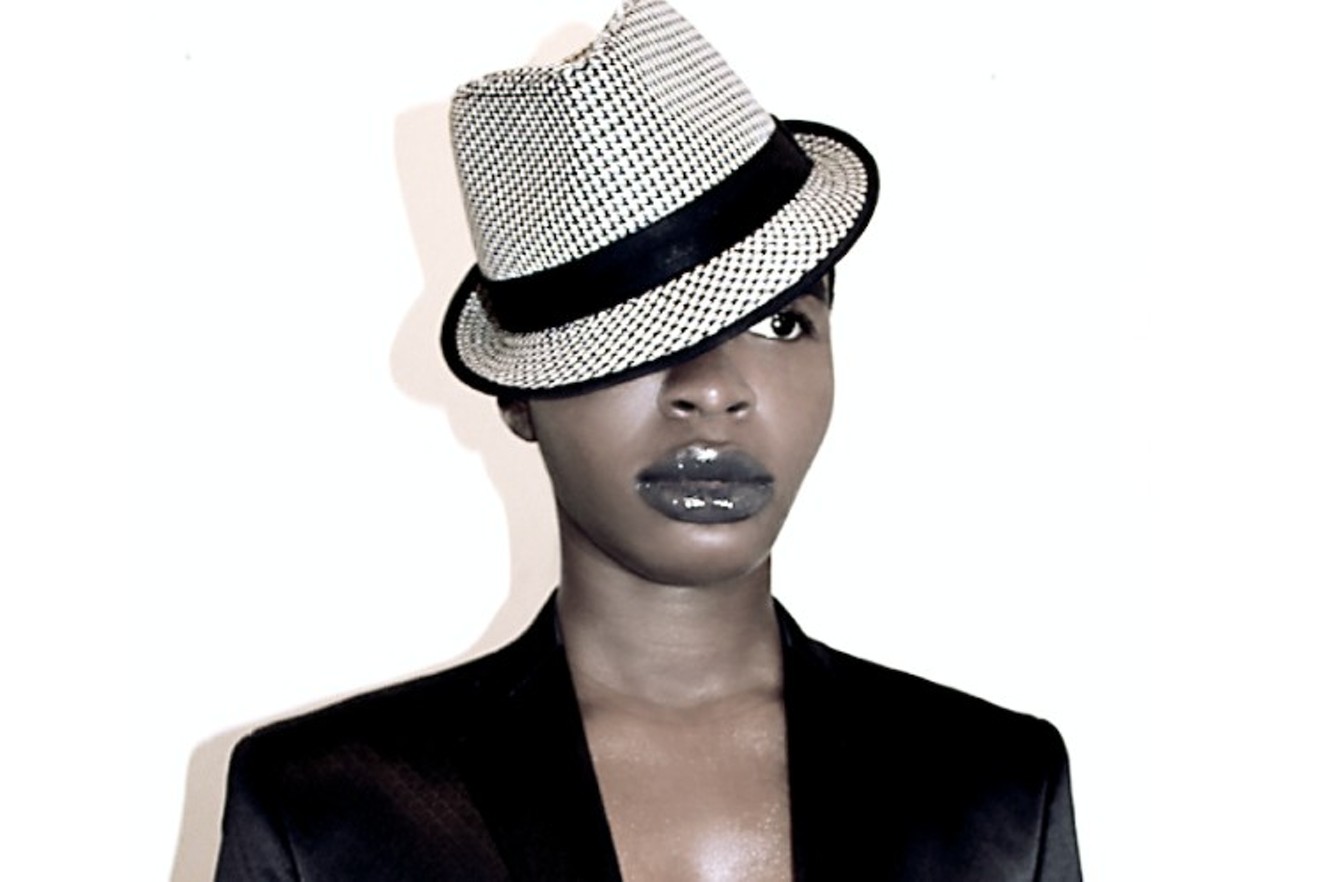 In her youth, Folake Olowofoyeku danced behind closed doors, hidden from her family and friends, those who may never have suspected just how badly she desired to express herself through art. That was a world away ago in Lagos, Nigeria and years before her acting career led her to the title role in Bob Hearts Abishola, the top-rated CBS sitcom she stars in, which concludes its second season this week.

The program has been renewed for a third season and Olowofoyeku has become a household name thanks to its comedic examination of immigrant life and the winning chemistry between her and co-star Billy Gardell. She admits she could rest on the success of the show, but instead she’s taking cautious steps out of another hidden room to dance into the light as a musician. Recently, she released the single “Melanin No Ni,” an Afro-alternative electronic ode to all things melanated.

Don’t go thinking this is just another successful actor turned musician. Olowofoyeku has a long and complicated history with music, a relationship she described as “traumatic” at least twice during our phone chat. The pressure her parents placed on her to pursue more high-minded vocations than the arts still lingers, despite a hit television show.

“It was so strong that I don’t think I really even ever explored that outside of the home, I don’t think I ever verbalized it outside of my home until I moved to America. So, I’m sure a lot of people I went to school with are probably surprised by the turn of events and me being in the arts,” she said. “I remember I used to just dance in my room with the door shut and sometimes my brother and my mom would be peeking through the windows. I guess that’s kind of symbolic with my relationship with music, in a way.


“I’ve always had a divine affinity, a divine calling if you will, with music. My father played the organ in church and he also played classical piano, so the first few years of my life started with piano lessons but then it stopped as my father got older and ill. So, that talent was no longer nurtured,” she said. “I remember craving it and begging for it. It wasn’t until I got to America for university that I was able to purchase my first guitar by myself and started teaching myself Guns N' Roses, Slash riffs.”

While she earned a degree in theater from City College of New York, she also studied audio engineering. She sings, plays piano and guitar and deejays. “Melanin No Ni” is a follow-up single to 2019’s “Happy, Happy (Money Dun Come).” While she currently has no plans for an album release, she said she’s got a Prince-like vault of music from which to release singles.

“In dealing with the traumatic association I have with music, based on my background and my family’s thought about the craft, I’m just creating music as I go and sitting on all of it. I have quite a large catalog of music that I’m just sitting on.

“It’s a really weird relationship I have with music, it’s very traumatic. It’s like I can literally hear all the things I was told about why the craft of acting and music is just ridiculous. It’s like no matter how much success I have I’m still kind of setting out, in a way. That’s still my relationship with music, so I’m trying to make peace with that and, as I feel brave enough, release new music.”

Olowofoyeku is finding the courage to do so because she’s seen the impact the arts can make on lives. Her new track is a celebration, the sort that could move someone else to dance from the shadows into the spotlight.


“I think I have something to say that’s very important and that is what continuously keeps me entertaining the idea of music. Sometimes I want to be content. I’ve got a hit show,” she said with a laugh. “There’s a divine pull that just won’t let me not make music, so I’m making it and finding the courage to share it.”

“I always wanted to make music that meant something while also being joyful and creating an opportunity to dance or vibe out in a positive way,” she said. “I think it’s continuously important to me to highlight the fact that, while people would subjugate brown folks and use terminology like ‘savage’ and ‘shithole’ and so on and so forth, that we are responsible for a lot of trends that exist. That’s what the song is about, it’s about pointing that out and also creating space for melanated people to rejoice in all that they’ve offered to this world.”

Her musical influences are broad, from Western African music to Slash, whom she still idolizes, to Michael Jackson and Enya. But one artist who has been most influential to her music and life is the legendary Nigerian bandleader and political activist Fela Kuti. She spoke about her proximity to his family, even citing his mother, Funmilayo Ransome-Kuti, one of Nigeria’s most respected feminists and political leaders, as influential to her life. For her part, Olowofoyeku has been active in the End SARS movement against police brutality in Nigeria and has worked with Bono’s ONE organization on global issues.

“I grew up around the corner from him,” she said of Kuti. “Actually, his son and I dated in high school, too. His activism, his bravery — his mother’s as well, her contributions to Nigeria as we know it — and just the freedom that he exhibits in his music. It’s a huge influence for me.”

Naturally, a song of particular brilliance in her life comes from Fela Kuti, the late musical genius credited with pioneering Afro-Beat. She said she still requests it at the New Afrika Shrine, the entertainment center Kuti founded.

“I think for me it’s ‘Suffering and Smiling’ by Fela because it’s such a nuanced and intricate song. It seems really simple on the surface but it’s such a deep song. It speaks to our state of mind, actually in the entire world, but especially in Nigeria and the value we place on things and the value that we don’t place on our own things - by our own things I mean our tradition and our history and how it’s been hidden from us.

“Lyrically, it’s such a simple song, yet it’s so intricate. I love the rhythms of the song, I love what he’s talking about. It’s just brilliant, I think. I could never get enough of that song, honestly. Whenever I go home, when I’m at the Shrine, one of the last times I was there I asked Seun, that’s Fela’s son, Seun Kuti, if he would perform it because it’s just a fabulous song.”

The song’s look at the human condition also aligns with her current projects. She was recently nominated for an NAACP Image Award for lead actress in a comedy and her show explores interracial relationships and cultural differences.

“We’re going to start shooting season three at the end of the year. We got an early pick up, which is amazing and it’s, I think, proof of the great work the entire cast and crew are doing and how it’s being received by audience members.”

"Bob Hearts Abishola" is an example of a more honest representation of immigrants, examples abundant in movies and TV lately. From Oscar nominated films like Minari to TV shows like Padma Lakshmi’s “Taste the Nation,” Kumail Nanjiani’s “Little America” or Olowofoyeku’s own top-rated program, viewers are being educated on the challenges they face and the gifts they provide to the world. It seems natural for her to extend these notions from the screen to the stereo.

“That’s the space I’m being called to occupy and I think it’s about time. I think I have a unique perspective being from two worlds in a way – maybe two and a half,” she said with a laugh, hinting at other artistic interests. “So, that’s why I keep on sticking with it, despite the level of discomfort I feel sharing it because of the judgment I think my child self might explore again. It’s more important that the work be done than not.”
KEEP THE HOUSTON PRESS FREE... Since we started the Houston Press, it has been defined as the free, independent voice of Houston, and we'd like to keep it that way. With local media under siege, it's more important than ever for us to rally support behind funding our local journalism. You can help by participating in our "I Support" program, allowing us to keep offering readers access to our incisive coverage of local news, food and culture with no paywalls.
Make a one-time donation today for as little as $1.