Trump is President, Where’s My New Sisters of Mercy Album? 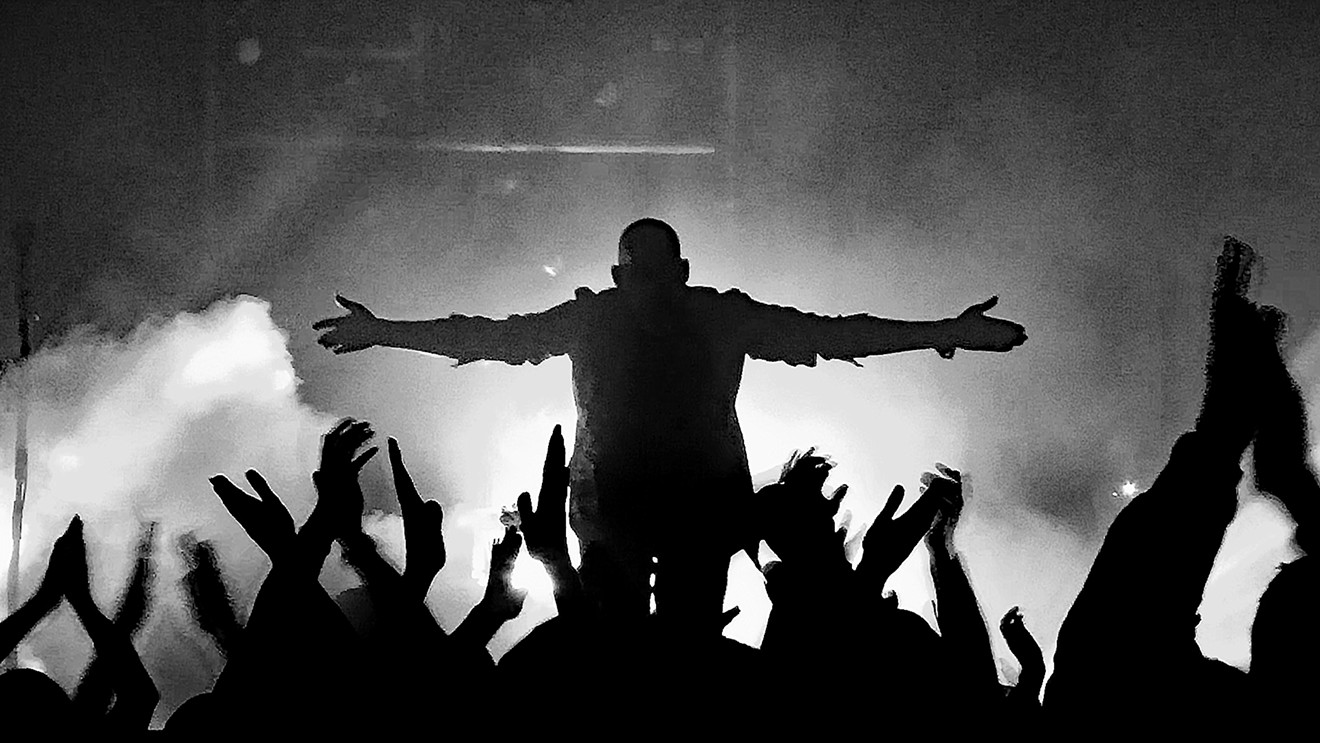 There aren’t that many upsides to an America where Donald Trump is president. Every single day there’s a new headline about an innovative awful hard-light construct brought forth by Trump’s Orange Lantern ring. I feel like the United States needs a safety word and should have started yelling it against the ball gag last year. The country is like a Dungeons and Dragons character where instead of rolling dice for stats we used a marble with a racial slur written on it.

The one bright spot I could think of in 2016 actually came from the black, light-sucking hole that is Andrew Eldritch’s heart. The leader of the Sisters of Mercy – who I playfully call Oscar the Goth for his notoriously grouchy disposition – actually made a promise around this time that year that if Trump was elected the band would return to the studio. In an interview with Matthias Jost of Louder he said…

“What is happening in America is an ever more bizarre circus, and the population doesn’t seem to realize just how much it’s being taken for a ride. I can tell you one thing: If Donald Trump actually does become President, that will be reason enough for me to release another album. I don’t think I could keep quiet if that happened.”


A new Sisters of Mercy album is the holy grail of goth music. Eldritch has famously refused to re-enter the srudio since the release of Vision Thing in 1990 (in case anyone feels like saying Eldritch shouldn’t start commenting on politics now, the title of the album comes from a quote by George H.W. Bush). At first his reticence allegedly had to with a dispute involving EastWest Records, but in interviews over the last decade he’s made it clear that he just doesn’t see the reason in making another album from a commercial standpoint. Having interviewed members of Bauhaus and heard their disappointment in sales of Go Away White, which Daniel Ash told me had been heavily pirated, I sympathize with Eldritch’s position.

However, the band continues to write and perform new material live. I even did a small five-list of my favorite Sisters bootlegs. A few of these tracks like "We Are the Same, Susanne" have become band classics without ever being officially released. So it’s not like they are on hiatus.

And the set list for the band is looking pretty damned political lately. Post-Punk.com had a nice write up over a show in September last year, the headline being that “Walk Away” was back in the set for the first time three decades. However, it’s the stuff around the edges that makes me think Eldritch is keeping an angry fist clenched around the pulse of the world.

For instance, the band has been covering Mission of Burma’s “That’s When I Reach for my Revolver." Here are a few lyrics.


Other unreleased tunes in the recent sets feel perfect for Trump’s America. There’s “Crash and Burn,” which has been a staple since 2000. The song has a heavy military feel, and also lyrically touches on infidelity and an “I got mine” attitude. More recent is “Arms,” which was added to the repertoire in 2009. That one is even more timely, singing about sexual assault, conspicuous consumption and even a little Soviet imagery.

There’s no real evidence any of these tracks are planned for an actual LP release, and the odds are that when Eldritch hangs up his leather for good all that will be left aside from the currently available library will be the bootlegs. That’s a shame because the diligent recording of new music by fans over the decades shows that the Sisters still have a lot to say.

Eldritch seemed to indicate in his interview that the election of Trump would spark an inability to keep silent. Though I’ve seen some great music come out of the world since 2016, the hoped-for new revolution of counter-art has not exactly birthed a mainstream movement. I don’t expect a man approaching 60 to lead that movement either.

However, a new Sisters album would be an indication that things are abnormal enough to warrant action above and beyond. I’d especially appreciate it in goth because I’ve watched a fair number of my old buddies in black slip into libertarianism, classism and most definitely bigotry. Watching Grimes defend Elon Musk’s donations to the GOP is particularly nauseating. One of the biggest names in the genre drawing a line on the sand and saying no more would be the goth equivalent of a new gospel.

Eldritch doesn’t owe me or goth a damned thing, and he’ll be the first to tell you that. That said, his mouth wrote a check two years ago, and there’s more at stake than sales and the itch in my soul only his baritone darkness can scratch. The world is mad and on fire, and that’s the sort of place a Sisters of Mercy album shines like thunder, to quote Uncle Andy himself. Really, it’s now or never.
KEEP THE HOUSTON PRESS FREE... Since we started the Houston Press, it has been defined as the free, independent voice of Houston, and we'd like to keep it that way. With local media under siege, it's more important than ever for us to rally support behind funding our local journalism. You can help by participating in our "I Support" program, allowing us to keep offering readers access to our incisive coverage of local news, food and culture with no paywalls.
Make a one-time donation today for as little as $1.