Still Rocking: The 10 Musicians We'll Miss the Most When They're Gone 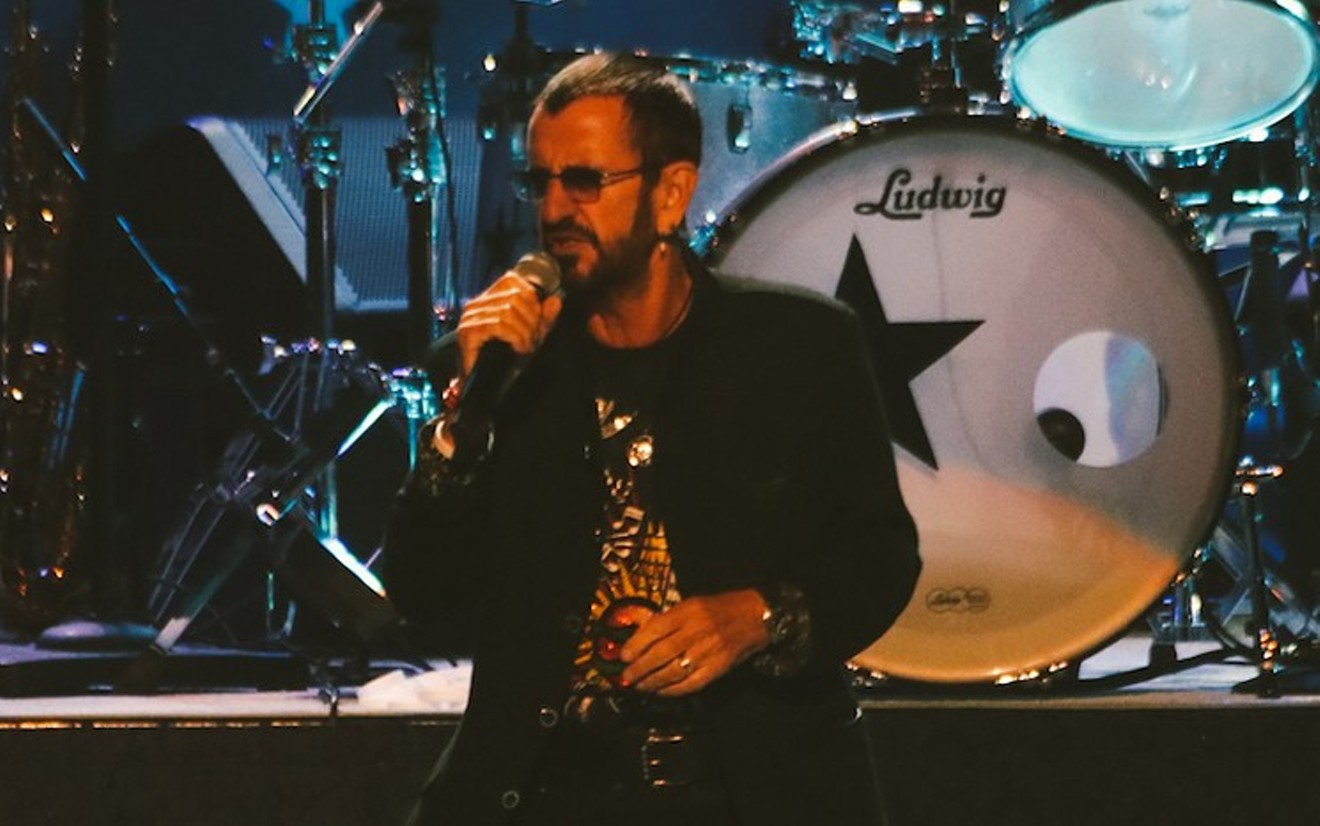 Ringo Starr still rocking in his 70s. Photo by Jason McElweenie
Because human lives are so short in the long arc of history, it’s easy to lose perspective on the actual age of certain things. There are people still driving around right now that were born before “rock and roll” captured the hearts and dancing shoes of the world. For all the legends that we’ve lost along the way, there are actually still plenty of icons not just alive and kicking but packing stadiums around the world.

Certain deaths stop the world. Lennon. Bowie. Michael. Prince. Music fans love hard and grieve harder. But one of the beauties of music is that it lives on, not just in our memories but encoded in plastic and digitally in the cloud. Still, there are some deaths that are going to hurt more than others, and while this list is by no means the end-all, be-all of the deaths we’re dreading, these are all going to sting.
10. Jimmy Page/Robert Plant/John Paul Jones

There’s not a genre of hard rock that isn’t touched by Led Zeppelin in some way. Without Zep there’s no stadium rock. You lose the mysticism of Tool. Nirvana has no hair metal to kill. When you write a song like “Stairway to Heaven,” you cement your place in the rock canon forever. Every hedonistic lead singer owes Robert Plant a huge debt.
9. Stevie Nicks

She only appears this far down on the list because I’m not 100 percent sure Stevie Nicks is capable of death; if there’s anyone that could charm death and beat the devil, I’d put my money on her. The rest of Fleetwood Mac is cool, I guess, but Nicks is something special, a once and forever icon.
8. Stevie Wonder

Few artists exude life the way that Stevie Wonder does. He’s just a radiant human being, still putting on electric performances and fighting the good fight. In terms of hits, he’s maybe the greatest solo artist of all time and his classic period in the mid-’70s ranks among the greatest periods of creativity in modern music.
7. Brian Wilson

On any given day, I’m willing to answer “God Only Knows” to the question “What is the greatest song ever written?” For as long as humans have ears (or, you know, the electronic implants able to process sound) there will be people who discover that the Beach Boys were more than just surf and car songs and bask in the beauty of Pet Sounds.
6. Dolly Parton

For me personally, this is the one that’s going to hurt the most. The idea of a world without Dolly the singer, actress, entertainer, theme park operator, and philanthropist is such an unpleasant thought it makes my stomach churn. The world is a better place for having someone with her spirit in it.
5. Bruce Springsteen

Led Zeppelin plagiarism issues aside, Springsteen has the hardest legacy to predict of anyone on this list. At his best, he’s one of the best songwriters of all time, but will younger audiences identify with his brand of largely white working-class hero myth-making? Perhaps yes, because there are few more universal feelings than wanting to run from your hometown as far as you can.
4. Bob Dylan

Bob Dylan feels eternal. Even though it’s impossible, it just seems like he’s always been around, fully formed, with that voice and that hair and that attitude. More still, it feels like he’s always supposed to be around, always on the road, always coming up with new words, always releasing old bootlegs. It seems unfair his never-ending tour has to end at some point.
3. Madonna

One of the last defining artists of the ‘80s left standing, it’s important to note that Madonna has been at the top of the charts as recently as this year. Sure, “Old Town Road” might be the new hotness, but Madonna has a fanbase that will always be around, no matter how many Taylors or Adeles come along.
2. Mick Jagger, Keith Richards

No disrespect to the rest of the Rolling Stones, but one of these guys is a pop culture icon for his sheer sexiness and the other is a pop culture icon for being alive in spite of a lifetime of wild decisions; Mick and Keith loom so large in the public consciousness even the rest of their band has to take a back seat. But be damned if they aren’t arguably the best rock band of all time; The Beatles may have been more consistent, but they didn’t write “Gimme Shelter.”
1. Paul McCartney, Ringo Starr

That said, if you’re a Beatle, your death isn’t going to just stop the world; alien cultures we haven’t met yet are probably going to need to take five. I already dread the hot takes we’ll have to deal with when McCartney goes, on top of the two weeks or so we’re all going to need to readjust to reality. On the plus side, if there’s anyone I’d put money on to live until at least 132, it’s the guy who wondered about where he’d be at 64.
KEEP THE HOUSTON PRESS FREE... Since we started the Houston Press, it has been defined as the free, independent voice of Houston, and we'd like to keep it that way. With local media under siege, it's more important than ever for us to rally support behind funding our local journalism. You can help by participating in our "I Support" program, allowing us to keep offering readers access to our incisive coverage of local news, food and culture with no paywalls.
Make a one-time donation today for as little as $1.