Your Chance in Houston to Be Part of a World Record Event: Most Vocal Solos in Song 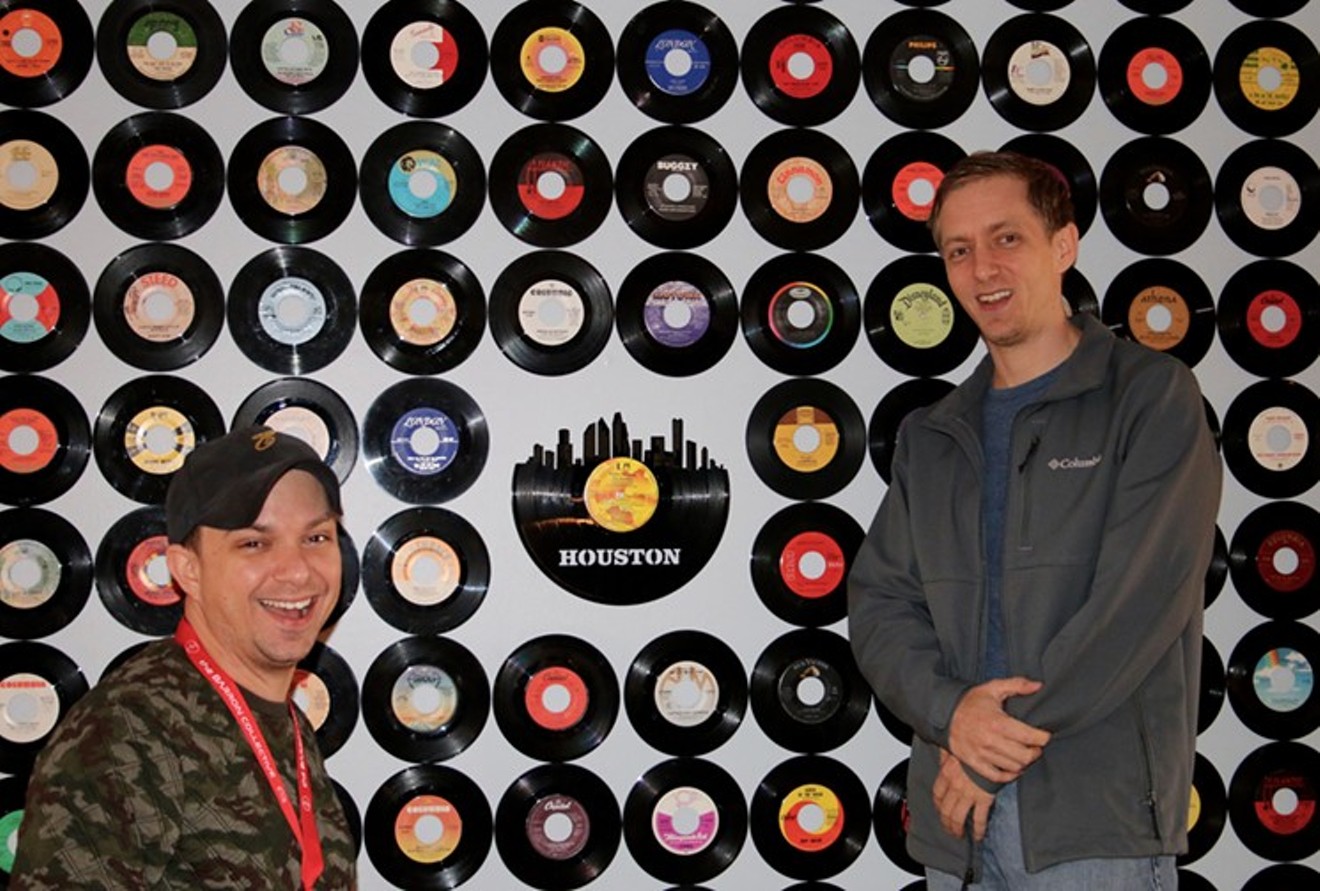 Brothers Todd and Chris Macek are gearing up to reclaim a World Record at their new open studio concept The Barron Collective. Photo by John Amar
In 2015, Houston's Hip Hop epicenter Barron Studios took the Guinness World Record for Most Vocal Solos in a Song from Lyon, France. Lyon's song had 200 solo performances with a running time of just three and a half minutes. When Barron snatched the record with their madhouse event HTXCYPHER, their end result racked up 315 solos, clocking in at 4 hours and 45 minutes. Last year, that record was overthrown by a town in Nepal (yes, Nepal). On Saturday, November 16, studio owners Todd and Chris Macek will be hosting HTXCYPHER2 to take back the World Record in another dizzying event at their new creative hub: The Barron Collective.

The Collective, which opened last month, is a communal creative space housing nine acoustically treated recording studios, two podcast studios complete with video recording capabilities, and a 3,000 square-foot common area where artists can network, exchange ideas through a wide ranging series of audio engineering classes, or simply just hang out. Two weeks away from their second World Record attempt, the Macek brothers took the Houston Press on a tour of the flexible space. They say it's been in the works for several years since availability for booking sessions at their still standing Rice Military studio reached a high, limiting recording opportunities for their artists.

“We didn’t really want to decrease demand and exclude people. Barron’s never been an exclusionary brand, we’re inclusive. We want people to make music. So we needed more studios. So how do we do that? How do we help people make more music?” says Todd, seated across from his brother Chris at a table in The Collective's common area, noting how the new open concept studio came about in part as a response to musicians making more music at home rather than at recording studios. At The Collective, artists can be, or bring, their own audio engineers, streamlining the process of producing, recording, and mixing.

"People are comfortable with this newer workflow. It’s a little more flexible, not as structured. There’s a lot of pressure when you’re paying 80 bucks an hour to record. If you’re able to do it at a lesser rate you’re just able to do more,” says Todd.

Artists can seamlessly produce, record, and mix their music in one of The Barron Collective's nine recording studios.
Photo by Todd Macek
With nine studios under one roof, The Collective's shapeshifting capabilities will be on full display at their upcoming World Record event. In addition to nonstop recording sessions, the event will host an open mike stage, vendors, and food trucks in the parking lot. The process, Chris says, is "coming into focus."

What does an event of this scope look like? A by-the-numbers breakdown:
"That’s a piece of cake. That’s low hanging fruit," says Todd.

“If any mimes show up we’re gonna kick their ass,” Chris says, laughing. He presses play on the beat that vocalists are set to contribute their performances.

“It’s super simple, that way anybody can sing, rap, double time. Just slightly on the slow side in tempo but still in range. Anybody should be able to flow. You can at least write four bars,” he says of the track that was selected from 137 entries in a NCAA Tournament style competition.

The Maceks say that everyone is welcome, and all participants can rap or sing about whatever they want.

“We just need your voice on it,” says Chris.

Todd adds: “Use your voice and make Houston proud. We don’t need weak, whack stuff. I mean some people may, but whatever. You should feel good about it. This is for a World Record. This is for Houston.”

HTXCYPHER2 at The Barron Collective takes place Saturday, November 16, 10 a.m. - 10 p.m, 10606 Hempstead Highway, Ste. No. 00. For information on participating as a witness or audio engineer in the event, call 713.936.5778. Vocalists can stream the beat below and start preparing their verses for the song.