No Rest For The Weary: Charley Crockett Ends His Busy Year In Texas 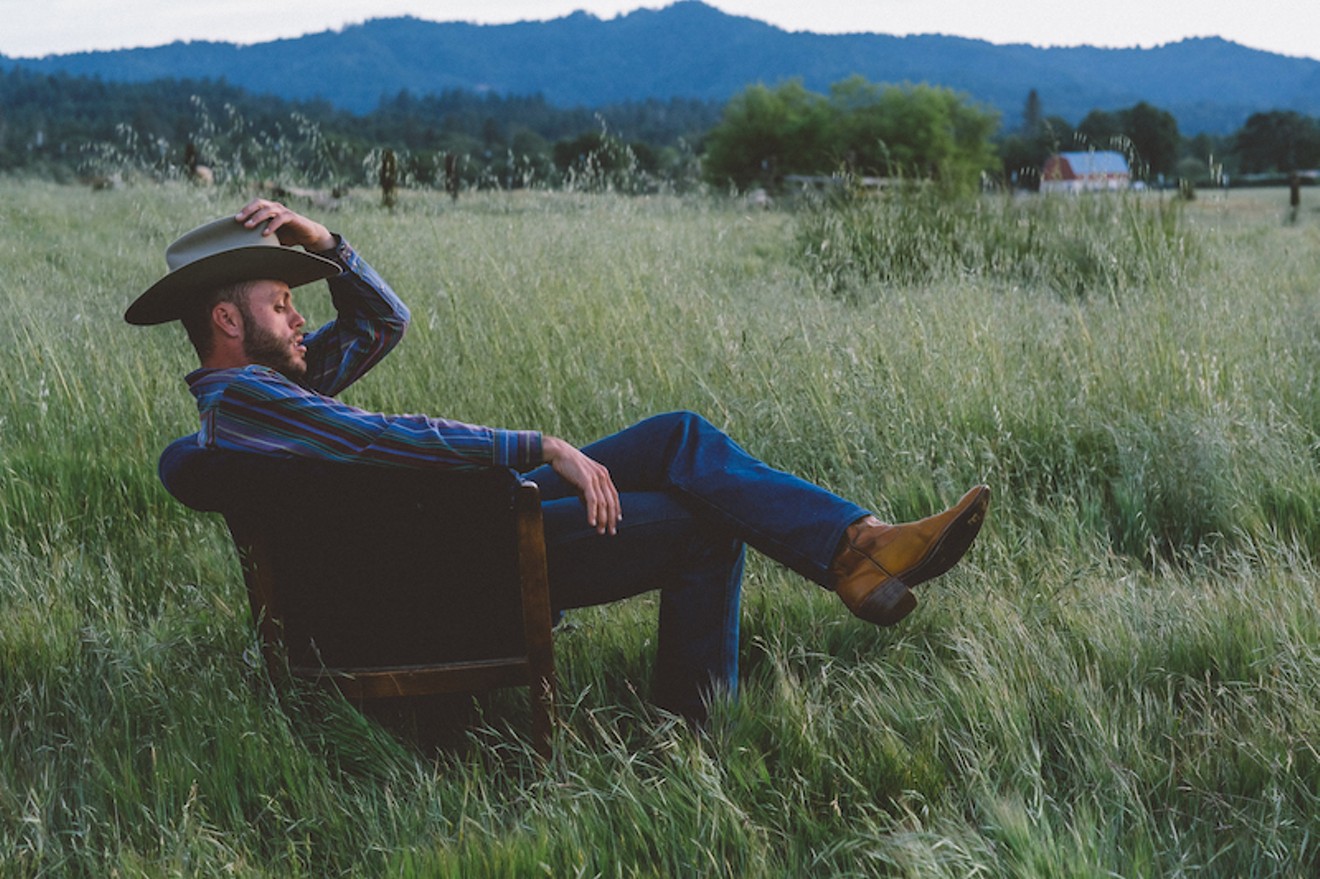 Charley Crockett rounds out his busy year with a return to Houston's Heights Theater. Photo By Lyza Renee
This year has been a monumental year for Charley Crockett, the kind of year that could have killed the average man. The singer songwriter has been on a steady incline in popularity all over the world, touring non stop with only a brief pause following emergency heart surgery, made his Grand Ole Opry debut and released his sixth album, The Valley.  He was also nominated for Honky Tonk Male Artist of the year for the 2020 Ameripolitan Awards.

Crockett is rounding out his busy year with a sold out New Year's Eve performance at the historic Gruene Hall, but before then he will return to Houston to play the Heights Theater on December 29.  The Heights Theater is part of the Kessler family in Dallas, which gave Crockett the opportunity to open up for Joe Ely many years ago after he incessantly left demo CD's in their bathroom stalls.

Despite his very real health scare this year, Crockett shows no signs of slowing down. “I'm a street guy, I've been doing this forever and it had the opposite effect. It made that hot desire that I already had, now it’s like white hot. I’m just even more focused than I was before.”

His recovery has added another layer of depth to his approach to life. “In some ways, it fills me up with a deep sorrow I've never known in my life, but then on the other hand, it gives me a really deep sense of gratitude that I got lucky and caught my condition before it killed me. It’s like I beat the game in the way it was designed for me and now I get to play again, that’s a really good feeling.”

The Valley was recorded prior to going in for his heart surgeries and the pressing need to tell his story while paying homage to his deep roots runs thematically throughout the album. “I’m trying to really get back to my roots because that’s what’s gotten me this far,” says Crockett. The entire album embodies an authentic and timeless Texas country sound that courses through his veins.

The title track takes listeners on a first hand account of all the roads Crockett took on his path for a better life, the same roads he now holds so dear. "The Valley" is so sincere, simple and beautiful it sounds as though it could have been written 100 years ago.

“I lived in Dallas with my momma and I’ve lived all over the country on the road but I always saw myself as this barefoot kid standing in a caliche driveway under mesquite trees, on a dirt road. That image, that kid and that person is just growing in me, it just grows.”

Crockett has remained fiercely independent and grown his audience mainly by word of mouth, not by big business advertising. He admits there have been offers and deals that sounded tempting but knew they would lead him away from himself and his vision which he is thankfully, not willing to compromise.

Even back in his New York subway busking days, Crockett had an offer for a recording deal but saw that the record company could only see as far as checking off a box for which section to place his albums.

“I had to walk away from that deal way back then because I didn’t want to lose sight of where the magic where my creativity was flowing from. Since then I’ve recorded six records, basically on my own, and really developed my sound. It’s taken a lot longer, but the truth is that now I’m really drawing the people around that help me go where I'm trying to go and that have like minded vision.”

Crockett left home at 17 and it can seem odd to think of someone who has been on the road for as long as he has holding a concept of home so near and dear to his heart, but it’s always been clear that he values where he's from. “Bob Marley said, ‘My home is in my head,’ and I always loved that and I understood it so much.”


“Bob Marley said, ‘My home is in my head’, and I always loved that and I understood it so much."

Crockett has clearly had his origins in the foreground of his mind and music and recently returned to play the yearly posada which takes place there. He admitted that after all these years and never quite fitting into anyone else’s ideals of what a “country artist” is, he felt at home. “That was a really special experience for me,” says Crockett.

He identifies not only with the landscape but also the sounds and culture in the predominantly Hispanic community, a community which values its traditional artists. He says he has always been inspired by Texas music heroes like Freddy Fender and Willie Nelson who like him, held tight to their native Texas sounds, even if it didn’t always equal huge amounts of radio airplay.

“The country music folks sometimes think I’ve got too much soul and R&B and then on the other side, the R&B and soul stuff, I may be a little too hillbilly for them but I’m somewhere else in between blending that up and Freddy went through that.”

“Society tends to look back later and then the artists that have a true impact that’s separate from the hype machine, tend to get evaluated for their real contribution later. I’m not saying that is necessarily going to happen with me, but that’s what I feel I’ve done; my records haven’t necessarily had huge acclaim but I feel really good about how they’re going to stand the test of time.”

Crockett has good reason to feel this way.  His albums all sound nothing like anything else you're likely to hear recorded in the past decade or two and he embodies real roots music.

Crockett has successfully honed in on the Texas sound and this year found a like minded partner in his new manager Bruce Robison. Working with Robison, Crockett has recorded as part of the Next Waltz, Robison’s label, web series and analog studio in Lockhart.

Robison approached Crockett after they shared a bill and he complimented Crockett's ability to bring real, authentic Texas country music to the people, changing the narrative around what it means to be a country artist.  “I knew he saw me musically and I knew he really knew where I was coming from musically and that’s what the relationship has been built out of. Man, I’ve been in a really good place since having Bruce in my life.”

“I always call Bruce a river dog, like in poker. It’s the river dog is always sitting there waiting for those last cards to turn over, hoping to line it all up and surprise everybody and win out of nowhere. I call him a river dog because he found me and he’s looking for talent. He understands why Texas has to be representative for itself.”

“We have this contribution from South Texas that is just not heralded in the way that everybody reveres Appalachia, the Delta, New Orleans or the Texas blues or R&B thing, but the South Texas influence is, I think, less studied. I think the Latino, Mexican, brown skinned contribution to American heritage music is probably, besides Native Americans, the most discounted one.”

Charley Crockett will perform with Vincent Neil Emerson Sunday, December 29 at The Heights Theater, 339 W. 19th. Doors open at 7 p.m. $28.
KEEP THE HOUSTON PRESS FREE... Since we started the Houston Press, it has been defined as the free, independent voice of Houston, and we'd like to keep it that way. With local media under siege, it's more important than ever for us to rally support behind funding our local journalism. You can help by participating in our "I Support" program, allowing us to keep offering readers access to our incisive coverage of local news, food and culture with no paywalls.
Make a one-time donation today for as little as $1.