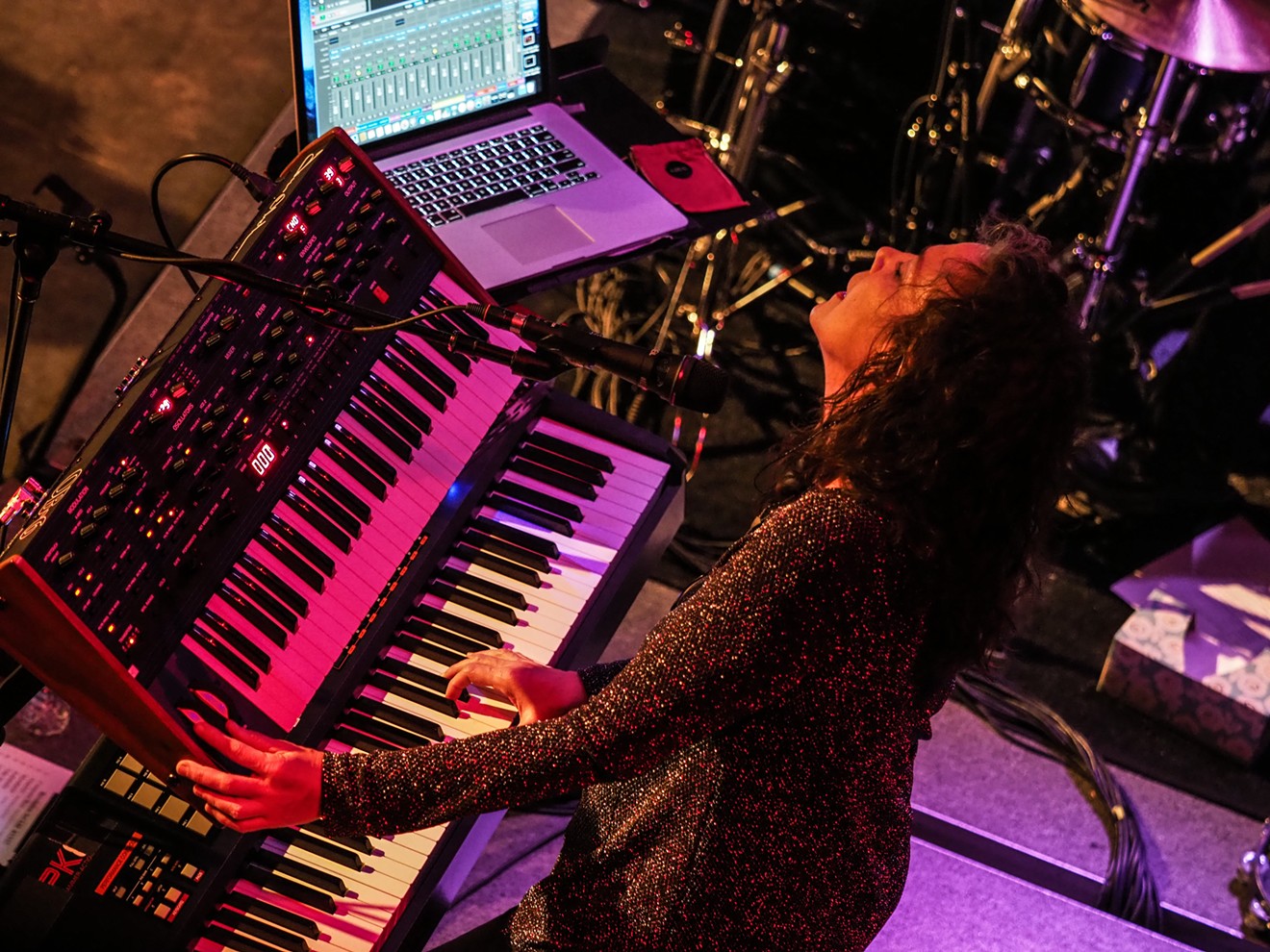 Lisa Coleman behind her bank of keyboards during a 2017 show by the Revolution. Photo by Steven Parke/Courtesy of MAD Ink PR
Pianist/Keyboardist Lisa Coleman is pretty far into her musical career to be releasing her first solo album just now, but then again she’s been kind of busy. Most famously as a member of Prince’s band the Revolution from 1980-86, and also as a still-existing duo with that group’s rhythm guitarist Wendy Melvoin. The pair have released a number of collaborative records, and also score music for television shows.

But Coleman’s Collage – which is available for streaming on Spotify and iTunes and purchase on Bandcamp – is nothing like a traditional effort. It features nine tracks of mostly all-piano instrumental pieces of varying lengths – with the occasional dash of guitar, synthesizer, or violin. From gentle and lolling to spacey and dramatic, it brings to mind a more experimental effort put together from disparate pieces like…a collage. 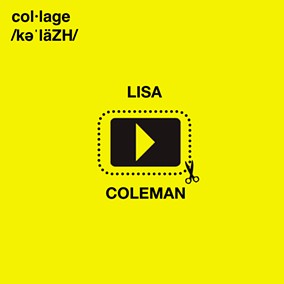 Digital record cover
“The title came after the project for sure,” Coleman says from her home. “I had those pieces around and them putting them together, I felt it was like a collage. And I happen to be doing a lot of actual [art] collages, so it all came together.” Many of Coleman’s pen, ink, and glued-and-paste collages are featured in the PDF booklet, often with a musical theme. She began making them as an extra bonus in a special package of the last Wendy and Lisa album project.

“I had all these things laying around that were kind of interesting in a way like old scripts and things, but what do you do with it?” she laughs. “I’m a hoarder, and this was a cool way of dealing with all the junk I have around that is meaningful to me. Artists are like little gods and they want to create everything in their own image!”

Some of the musical pieces are literally improvised where Coleman sat down at the piano bench, hit the record button, played something off the top of her head, then hit the stop button. And that one take is what appears on the finished Collage.

“I’ve just always done that. I don’t know if it’s an idiot savant kind of ability, but I have a really good relationship with my piano, and it seems to understand what I’m trying to do,” she offers. “I want to say something, but I have to say it in music, and it takes a number of years to get there. You need a lot of alone time with your instrument, and it becomes part of your emotional processing. I think a lot of musicians feel that way. And I have a natural flow at this point now that I’m 165 years old!” (in actuality, Coleman is far younger 58).

Surprisingly, Lisa Coleman’s first instrument was actually the cello. But it was the piano that really attracted her, and she took classical lessons as a child (that cello did not go to waste, though, as her brother eventually picked up the instrument).

Lisa Coleman today
Photo by Steven Parke/Courtesy of MAD Ink PR
“So of course, the logical thing for me to do next was join Prince’s band and go on the road!” she laughs. “As a result of [being in the Revolution], I now have all these musical styles to draw from. But I didn't know who would be interested in this record really, so I didn’t put any pressure on myself. I just wanted to do it.”

Ah, the Revolution. The five members of the classic lineup that backed Prince on Purple Rain (and the film where they also had speaking and playing parts), Around the World in a Day, and Parade, reunited in the wake of Prince’s 2016 death to play a handful of tribute shows.

The positive response by Prince fans to Wendy, Lisa, Brownmark (guitar), Bobby Z (drums), and Dr. Matt Fink’s (keyboards) reunion was so overwhelming, the tour grew and eventually went overseas. And while no one could of course replace Prince, Brownmark, Melvoin, and Mint Condition lead singer Stokley Williams (who also knew and worked with Prince) took turns on vocal duties.

The shows were full of joy, sadness, and a very deep sense of catharsis, with a bond between band and audience that was surprisingly staggering. That was clearly evident when the Revolution played the House of Blues in Houston last year. When that distinction is told to Coleman she is not surprised, but very happy to hear it nonetheless.

“Yes, yes, yes! Thank you for saying so. That’s exactly what has happened,” she offers. “We came back together to play over such a horrible experience. We didn’t see it as an opportunity to be like ‘Oh, let’s go play some gigs.’ What made us keep doing it is that when we played, we found it was so personal [to] everyone in the room – the band, the audience, even the crew. We were all feeling this loss, this elephant that’s sort of not in the room. We’re not ignoring that, we’re embracing it, and we go through it together.”

Coleman adds that the Revolution needs the audience more than they could know for these shows. “It’s hard to play otherwise. When they get into it and we feel the joy and emotion and sadness…it gives us a reason to play,” she says. That kind of response will be on full display when the Revolution plays the upcoming Celebration Weekend, a mecca for All Things Prince centered around his former home and studio at Paisley Park near Minneapolis.


“Even the five of us were surprised at how much we are a band and have a sound. And we all have little roles, and we’re really good at it. That comes easy,” Coleman continues. “It’s all the emotional stuff and business stuff that’s complicated. But once Bobby counts us in, we’re good to go. We’ve got that playing bug again.”

Coleman is also constantly writing and recording with Melvoin, likening them to “a two-headed monster.” “We can hear each other and we’ll both aim at something. And if one of us gets closer or farther away, the other one can go ‘ding-ding-ding’ come back here or ‘ding-ding-ding’ that’s perfect,” she says. “It’s like having another half of your brain.”

But back to Collage. When asked what influence Prince might have had on the album or how she approached it, she says it was a very simple two words.

“The biggest influence that Prince had on me with this record was just to do it,” she sums up. “I’m getting older and he died and he was too young. I really thought that we had a lot more to do. So I started to value my own work more. And he gave me a lot of courage as an artist, because he was so bold and willing to literally put his ass on the line. I have him to thank for supporting that idea ‘Yeah, you’re a badass. Just do it!’”

Download the album on Bandcamp
Stream the album on Spotify or iTunes
KEEP THE HOUSTON PRESS FREE... Since we started the Houston Press, it has been defined as the free, independent voice of Houston, and we'd like to keep it that way. With local media under siege, it's more important than ever for us to rally support behind funding our local journalism. You can help by participating in our "I Support" program, allowing us to keep offering readers access to our incisive coverage of local news, food and culture with no paywalls.
Make a one-time donation today for as little as $1.