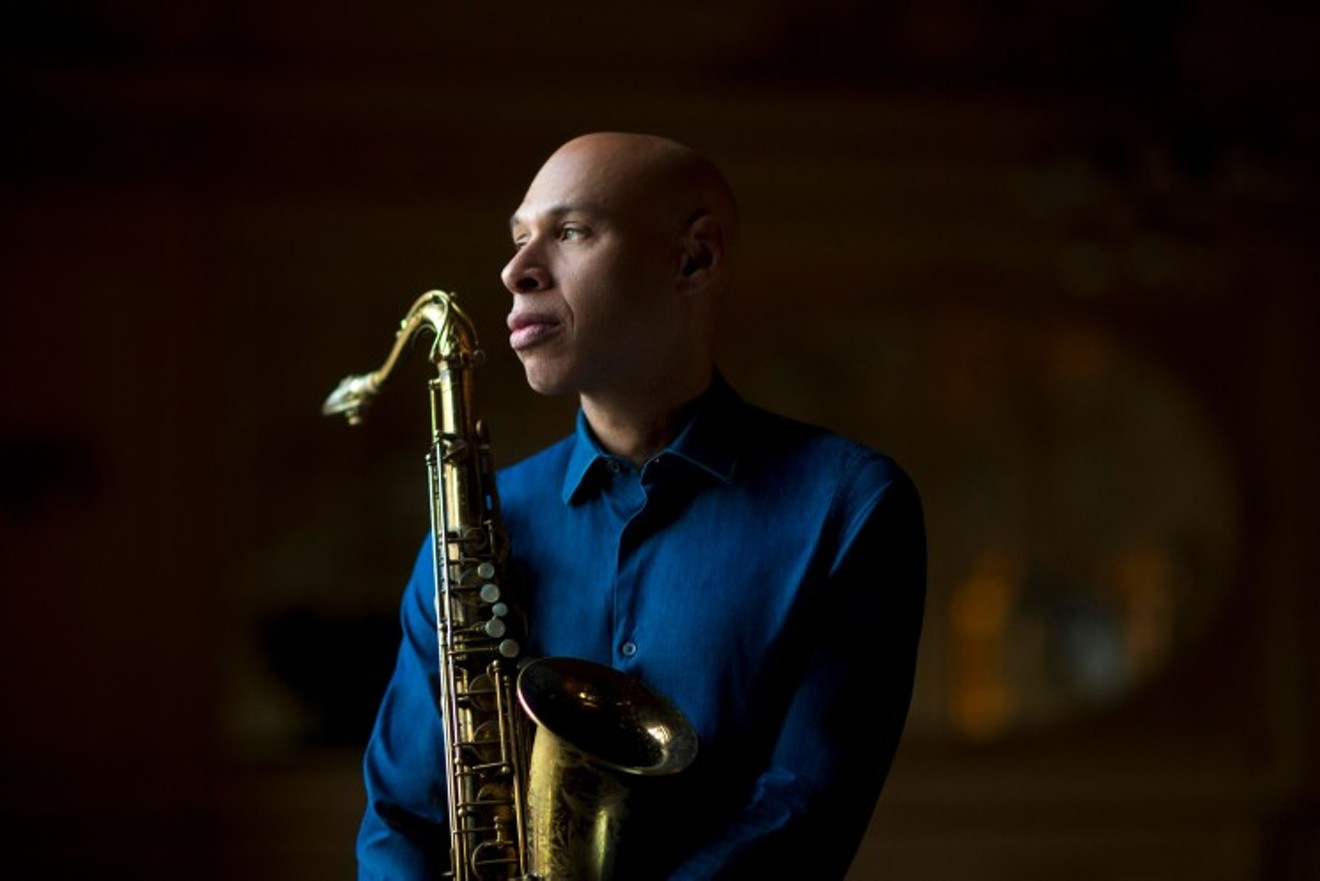 Joshua Redman Photo by Heidi Zeiger, courtesy of Wilkins Management
Joshua Redman swore, “I’m hardly the intellectual,” in a recent phone chat with the Houston Press, after sounding rather professorial discussing his latest project. Like good students, we scribbled notes and marveled at our luck getting to sit for a bit of a masterclass from one of jazz’s tenured geniuses.

We shot our hands into the air to ask Redman what threads these artists together.

“Believe it or not I haven’t really thought about what they all share or how to put that into words. It’s always hard to capture any sort of musical impression into words. I would say my words would do a disservice. Trying to encapsulate in words, you lose some of that essence of what the music is all about,” he said. “I guess, they’re three of the greatest composers in the history of this music, in jazz, and I would argue three of the greatest composers of the 20th century.

“I think not what sets them apart, but certainly what they all share in common is their compositions are so memorable and also simultaneously so personal, in the sense that for each of them I feel like if you hear one of their songs you almost know it’s them, they put their own very, very unique, personal identity and unique musical perspective and voice into all their compositions. But there’s also a universality that they all have. The way they write their music, it’s deeply personal, it could only be written by them, but somehow their personal perspective speaks across eras, across generations, even across different stylistic approaches.

“I think also they were all composers working within the jazz idiom writing incredibly innovative, sophisticated music and yet, at the same time, their songs are kind of imminently playable,” he continued. “I think there are some composers and you listen to their works and they’re awesome and awe-inspiring composition statements but they can’t necessarily be played in many different ways in many different interpretations. 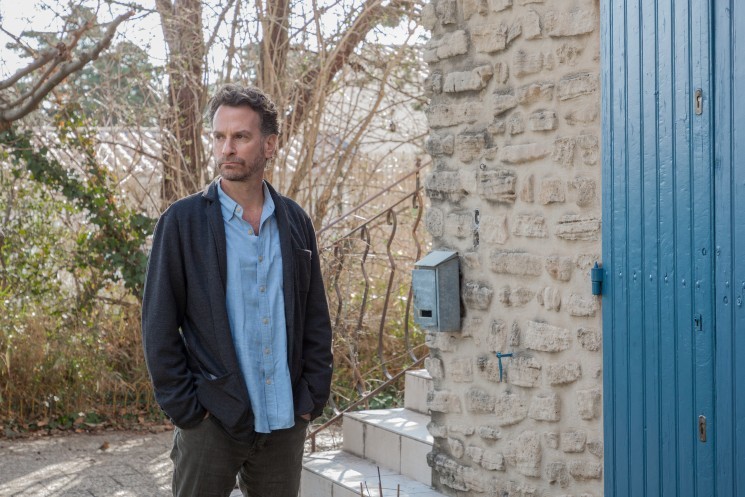 Larry Grenadier
Photo by Juan Hitters, courtesy of Wilkins Management
“I think the thing about Duke’s music and Monk’s music and Wayne’s music is these songs – as identifiable as they are, as personal as they are, as idiosyncratic as they sometimes are – they’re incredibly flexible,” he expounded. “So, different musicians working in different eras, in different stylistic contexts, we all seem to be attracted to their music. It’s like there’s so much room for the interpreter to kind of find themselves in the music and find ways of playing their music that both serve the song and the original conception but are also unique to whoever the interpreter is.”

Lest this all sound too reminiscent of a university lecture hall, Redman said the songs “are also super fun to play.” He’s also got a funny observation about exactly who is presenting the music in this project.

“One of the interesting, you could say slightly ironic, things about this project is that two of the composers are pianists and we’re obviously playing in a piano-less context. So, the idea of playing piano music or music that was written by a pianist without a piano, on the surface it seems like, oh, that could be somewhat dangerous. It might raise a red flag – where’s the piano?” he said with a laugh. “I’ve never done a repertory project like this but I have worked a lot in the piano-less trio context, with just bass and drums, and one thing that I’ve found is there are lots of songs that work really well trio, but there are also songs that really don’t work well trio, where you really need that harmonic content, that information from the piano.

“If a song has a really, really strong melody and a really strong sense of bass motion, a lot of the central information is either there or implied by just those two voices, the melody and the bass,” he said. “Talking about Duke’s music and Monk’s music, even though, yes, the harmonic content is super important and they each had a very unique harmonic voice, the melodies are so strong and they and the bass motion contain so much essential information that a lot of these tunes really work marvelously without a piano.

“I suppose for consistency’s sake we should be trying to play Wayne Shorter’s music without a saxophone, but that’s the only instrument I play, so that could get a little weird,” he joked.

Marcus Gilmore
Photo by OGATA photography, courtesy of Wilkins Management
Another project at work is the Joshua Redman Quartet. It’s Redman 101 for enthusiasts, but members of that iconic foursome include Brad Mehldau on piano, Christian McBride on bass and Brian Blade on drums. The group first came together in the 1990s and reformed for 2020’s album RoundAgain. Its follow-up, LongGone, is slated for release September 9 and the quartet will tour the music this fall after being sidelined by the pandemic.

“Obviously, these are three of the musicians I’ve learned the most from and have been the most inspired by and I have continued to maintain really strong collaborations and musical relationships with these artists over the entire course of my life in music. We’ve been trying to get this band back together for 30 years,” he said. “It’s not easy. Obviously, they’re three of the most important musicians working in and outside of jazz today so it was very difficult for us to carve out that time to get together, to make this record, and then we had plans to tour and those plans got upended a bit.”

“This tour has been now almost three years in the making – well, you could say 33 years,” he noted.

Talking jazz with Redman, you can’t help but learn something. He was brought up around the music, the son of the jazz great Dewey Redman. He graduated summa cum laude from Harvard and was headed to Yale Law School before music set him on a different path. His self-titled debut album in 1993 all but made him jazz’s next “big thing,” the mention of which still draws an “Oh geez,” from him today, even though he’s fulfilled that promise with complex, award-winning music and prolific work in his own projects and numerous collaborations, all designed to keep the genre fresh for future generations.

Because it all sounds so heady, we ask Redman if there’s some guilty pleasure he enjoys, an interest that he’d admit to that brings him back down to us mere mortals. Maybe a favorite trash TV show, we suggest?


“First of all, I’m hardly the intellectual. To be honest, there’s a part of me I have to battle — what I think is my essential nature is to sit on the couch and eat Cheetos and watch SportsCenter all day,” he laughed. “Now, I don’t ever actually do that but that’s what I wanna do. So, my home life has been kind of like fighting against that incredibly strong gravitational pull.”

He said he hasn’t been that devoted to sports lately but he enjoys the NBA. He considers himself a “coffee nerd,” always on the lookout for a good espresso, one that blends all the right notes together, just like a good song.

“I guess I’m kind of into running,” he said, with a little less verve than he allows when the subject is coffee. Running, he said, is a newer fascination. “I had never run a race before. I did a half-marathon in February so now I’m hoping to run a marathon in a few weeks, so we’ll see what happens.”

Long distance runners frequently hit the road with playlists packed with motivational tunes. Maybe those songs from the Rocky soundtracks or pop hits or maybe even some Duke, Monk or Wayne. What songs are on his running playlist, we ask?

“Generally, I listen to podcasts, believe it or not. I don’t listen so much to music,” he admitted. “I find that listening to music, you’d be surprised how little I do it. I mean, I love music but in a way I feel like if I’m tired, music is the last thing I’ll reach for. I’d sooner read a book or read the news or watch a movie or listen to podcasts.

“When I listen to music, I’m an active listener, so I want to kind of be engaged and immersed in it. Just because I’m surrounded by it so much - certainly I need to study it more and listen to it more – but I just kind of need to zone out. I can’t zone out with music.”

Joshua Redman 3x3 performs at Houston SUMMERJAZZ 2022, presented by DACAMERA at 7:30 p.m. Saturday, August 20 at Wortham Theater Center’s Cullen Auditorium, 501 Texas. Tickets start at $37.50 and passes for all three of the event’s shows begin at $90, with half-price tickets available to students and seniors. For more information, call DACAMERA at 713-524-5050 or visit dacamera.com.