The Black Moods Add a Little Sunshine to Their Demeanor 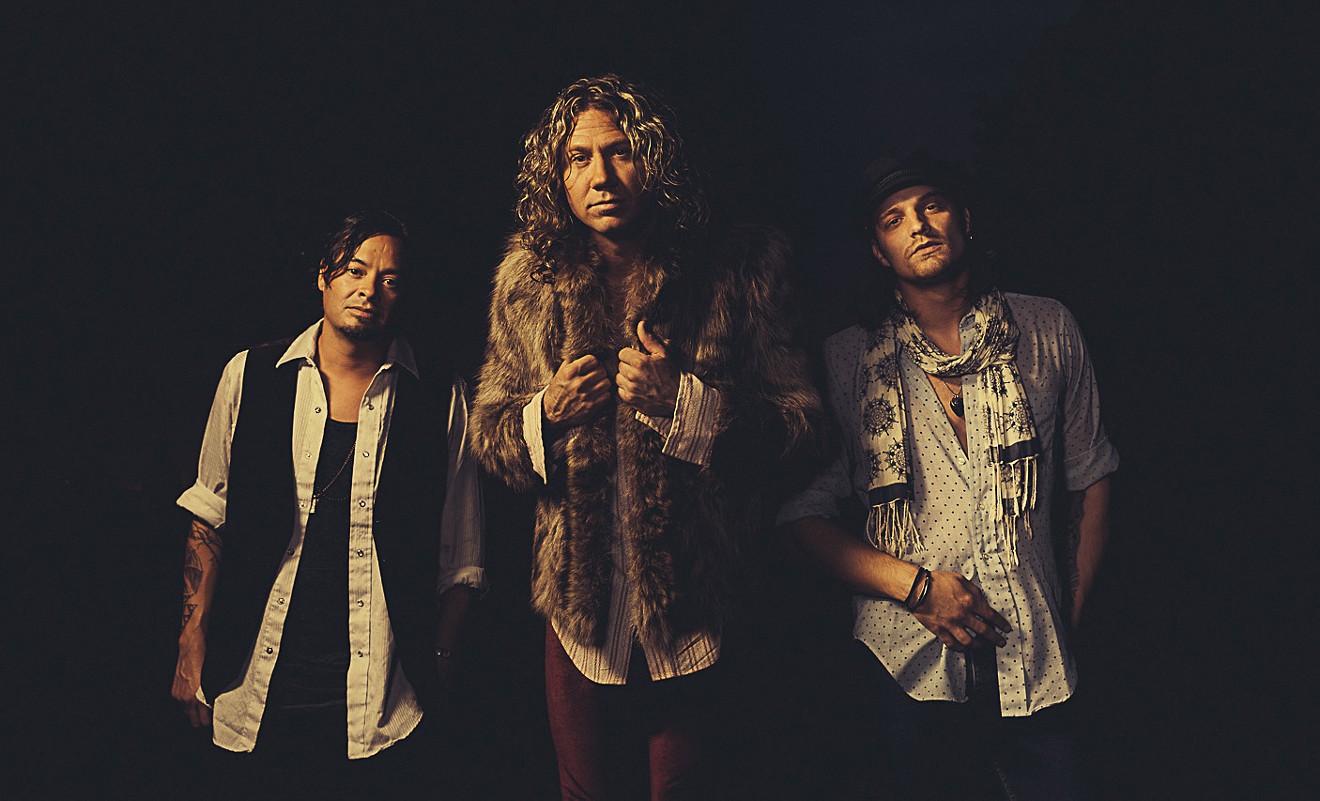 The Black Moods are quarantining together: Chico Diaz, Josh Kennedy, and Jordan Hoffman Photo by Jim Louvau/Courtesy of SRO PR
In the Age of Coronavirus, the music industry – like so many others – has had to change plans, lower expectations, and pivot to unchartered territories. We’ve seen any number of Virtual Concerts where band members are Zoomed in from their own homes or studios and—through the magic of technology—perform “together.” 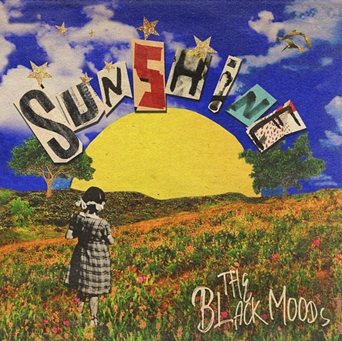 Record cover
But for rising rockers The Black Moods, the trio of Josh Kennedy (guitar/vocals), Jordan Hoffman (bass), and Chico Diaz (drums) are physically together in their hometown of Tempe, Arizona. And they’re using the forced togetherness to prep hard for an eventual return to live performance.

“We’ve been really busy because we’re quarantining in our studio,” Diaz says. “We’re writing, recording, and trying out new things like the ‘Shelter in Place’ livestreams and Acoustic Happy Hours. We’re working harder now than when we were on the road!” Note: the next Acoustic Happy Hour will be on Thursday, April 30, 6 p.m. Texas time, on the band's Facebook page @theblackmoods).

It’s also a challenging time for any band to put out new music – as the Black Moods will do when their third studio release, Sunshine, drops on May 8. Both they and their fans are hoping it will be a breakthrough effort, with 10 tracks of mostly chugging, big-chorused tunes with at least one foot in classic rock.

They've made strides opening for fellow Tempe-based mentors the Gin Blossoms, along with Jane’s Addiction, Shinedown, Robby Krieger of the Doors, and most recently, Whitesnake, where the band went to Rock School for a month.

“We learned a whole bunch! We did get our hand slapped a few times for having too many people backstage. And we got spoiled because there’s catering everyday with things like bacon lobster!” Diaz says. “We went from dirty rock clubs to playing for 2,000 and up to 5,000 people. There were 15 guys in black T-shirts to set up our gear and then put it back in our trailer! We learned how pros do it in those four weeks. It gave us something to shoot for.”


In fact, Kennedy offers that Diaz and Whitesnake vocalist David Coverdale got so chummy, the pair were practically going to get an apartment together. “They were super nice. Our dressing rooms were next to each other, and hearing those vocal warm ups, those harmonies, was incredible,” he says. “They’re the real deal. David Coverdale is boss.”

Unfortunately, the current pandemic also meant that the band had to cancel a planned tour with fellow rockers Otherwise (though they hope to reschedule), and a high profile gig as one of the opening bands for Metallica on the similarly cancelled Epicenter Music Festival at Charlotte Motor Speedway.

As for Sunshine, the Black Moods are happy just to finally put it out there in the world, and realize it may be absorbed to a bit differently than they had expected.

Hoffman, Kennedy, and Diaz: Ready to write a song about your, uh, multi-faceted girlfriend
Photo by Jim Louvau/Courtesy of SRO PR
“This album was set for release back at the beginning of the year, and we stuck with it,” Hoffman offers. “We didn't change course. We’ve tried to do more marketing because there are more people on their computers and phones listening to music now than there ever has been.”

Even though Kennedy says he hates the word “organic” when describing how a record was put together, he says the term fits this effort. It was produced by John Karkazis, aka “Johnny K,” who’s done similar duties for Megadeth, Staind, Pop Evil, Trapt, Sevendust, Plan White T’s, Drowning Pool, and Disturbed.

His name even appears with the three band members on several song credits, which Kennedy honestly admits didn’t always work out as he wanted it to.

“It had its ups and downs. Some songs, we’ve been playing them for a long time. It’s like when you have a kid and he’s six or seven and then some guy you’ve paid walks in and says ‘I’m renaming him now.’ Some of those pills were hard to swallow,” Kennedy says.

“But we became more confident as a band. There were some songs we wouldn’t budge on. And if he had an idea that was stronger than ours, we took it. He’d argue with me and push me and after 45 minutes say ‘Cool, I just wanted to see if you really believed in the idea.’ And I was like ‘What the fuck?’ But he’s produced bands that have sold a million records! And he had a lot of good ideas.”

If there’s a recurring, uh, theme to Sunshine, it’s this: There are women out there who are irresistible and hot, but also manipulative, nympho druggies. When presented in those blunt adjectives, the band laughs—and doesn’t disagree with the assessment.

“We’re men, so we don't have the best taste in women!” Kennedy says. “Some [songs] are autobiographical, some biographical. It’s girl-problem driven, and that could be a good thing or a bad thing!”

For more on the Black Moods, visit TheBlackMoods.com
KEEP THE HOUSTON PRESS FREE... Since we started the Houston Press, it has been defined as the free, independent voice of Houston, and we'd like to keep it that way. With local media under siege, it's more important than ever for us to rally support behind funding our local journalism. You can help by participating in our "I Support" program, allowing us to keep offering readers access to our incisive coverage of local news, food and culture with no paywalls.
Make a one-time donation today for as little as $1.