Steve Hackett: A Guitarist's Genesis and Beyond 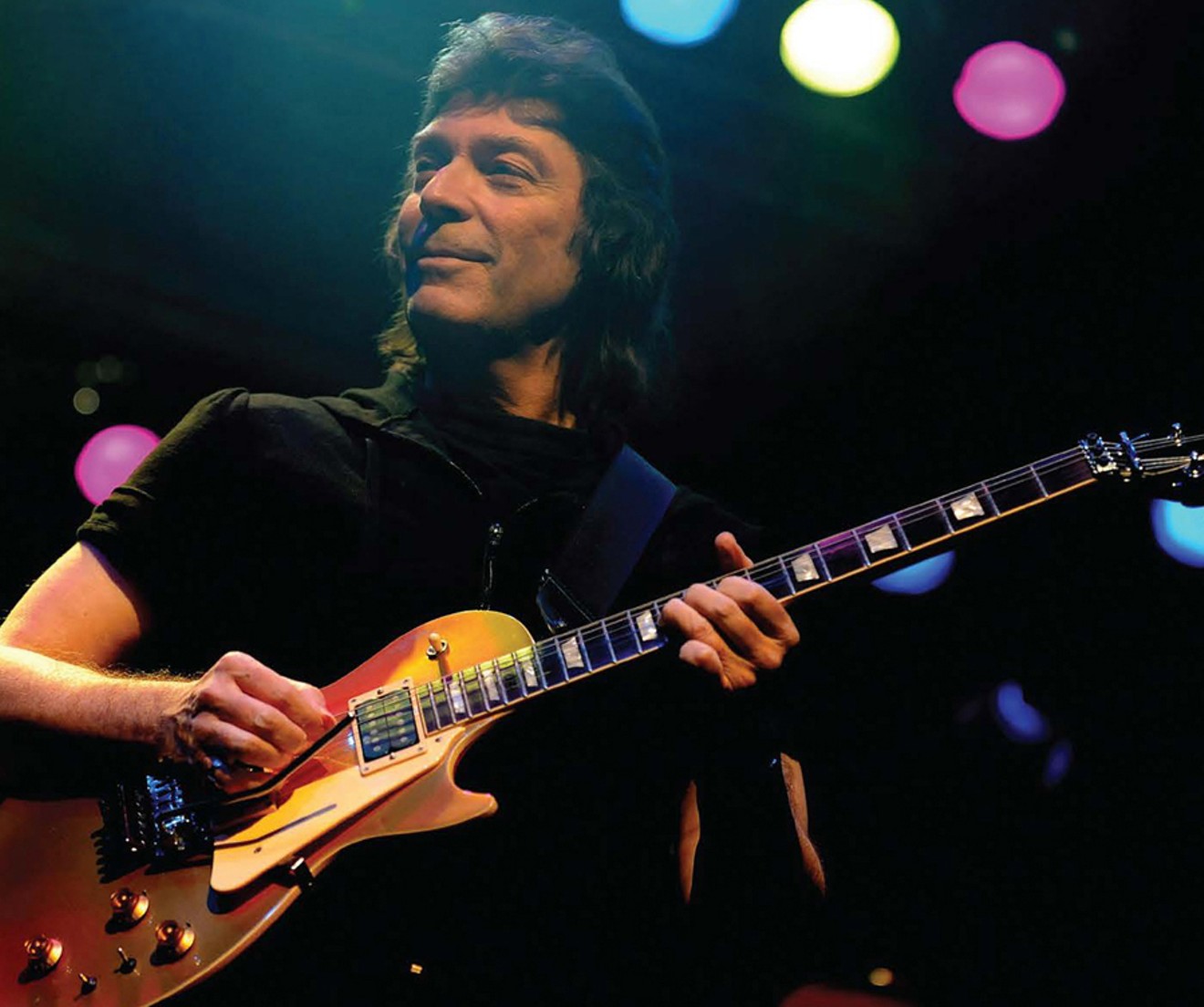 While his name may not be as familiar to casual classic rock fans has his former bandmates in Genesis, guitarist Steve Hackett has had a surprisingly long and varied (and still evolving) musical career with a dizzying amount of variations. The lad from Pimlico in south central London recounts that personal and professional journey in these pages.

Book cover
Hackett’s affinity for music began early on when gifted a harmonica at the age of 2, though by grammar school his eyes and ears would turn to the guitar. His experiences at school, complete with stern English schoolmasters sporting permanent frowns and a love of caning troublesome students, read like a combination of Charles Dickens and Roger Waters.

And while his early guitar heroes included more blues-based string benders like Jeff Beck, Eric Clapton, Peter Green, and Michael Bloomfield, it was Robert Fripp of King Crimson who opened his ears to the more progressive and intricate sounds he could make with his instrument of choice.

Hackett came to Genesis when he placed an ad looking for a group to join in England’s Melody Maker newspaper, which quickly resulted in a call from that band’s offbeat vocalist Peter Gabriel.

From 1971-77, Hackett, Gabriel, Mike Rutherford (bass/guitar), Tony Banks (keyboards), and Phil Collins (drums) would release a series of still-treasured records like Nursery Cryme, Selling England by the Pound, The Lamb Lies Down on Broadway, and A Trick of the Tail.

Gabriel left the classic lineup first, followed by Hackett. The decision was partially over his bandmates’ disdain for Hackett’s desire to pursue a parallel solo career. Which ironically, they would all do as well. And Genesis fans to this day are often divided over preference for the five-man Prog lineup vs. the ‘80s/’90s more mainstream rock/pop version with Collins (now lead singer), Rutherford, and Banks and their string of Top 40 hits and MTV videos.


Hackett write he didn’t (and doesn’t) regret the decision, seemingly more than content to follow his own musical muses as a solo artist, with a band, or in collaborations with other Prog greats like Yes members guitarist Steve Howe (in GTR) or bassist Chris Squire (Squackett). Other than GTR, little reached mass popularity, though are often beloved by guitar heads.

The book has some deficiencies. The very modest page count (and larger type font) seems a bit skimpy to the reader for someone with such a long a varied career. An indeed, Hackett tells his tale in mostly brief, bite-sized morsels.

Genesis backstage in 1977: Tony Banks, Chester Thompson, Mike Rutherford, Phil Collins, and Steve Hackett.
Photo by Armando Gallo/Courtesy of Wymer Publishing
Those looking for a healthy helping of interesting anecdotes about his time in his most famous band or his relations and insights on its members will likely be disappointed. In this Genesis, there’s not a whole lot of Revelation. But he does go a bit deeper on the group’s songs for which he had a hand in the writing, along with his vast and varied solo catalog.

Hackett also details his lifelong role as a seeker, whether of the spiritual, ghostly, or metaphysical levels, or nervous brushes with extreme sports like hang gliding in Brazil or attempt at water skiing. All are told with a healthy dose of humor and irony.

The book’s title comes from an enthusiastic utterance from one of Hackett’s temporary female friends while on the road with Genesis, which he says was quite jarring given the, uh, timing. One can imagine the experienced “friend” also uttering “There’s a Led Zeppelin in my bed!” or “There’s a Blue Öyster Cult in my bed!”


Attempts to reunite the classic Genesis lineup have been planted over the years, dependent on the whims and ambitions of band members. But none haves yet to bear fruit. The five came together in the same room at the same time for filming of a retrospective documentary, 2014’s Genesis: Together and Apart. But Hackett was upset when he (correctly) complained that it gave plenty of airtime to the other four’s solo careers while glossing over his own.

The book has been written recently enough to mention how Hackett had to suspend his 2020 tour due to coronavirus, as were the planned Genesis “reunion” dates with the Collins/Rutherford/Banks lineup.

Hackett currently continue to record and tour with his Genesis Revisited project, mixing their ‘70s albums played in full with other band and solo material. He also writes new material with his wife, Jo. The 70-year-old recently announced a tour beginning in September 2021 centering on the entire 1977 Genesis live record Seconds Out.
KEEP THE HOUSTON PRESS FREE... Since we started the Houston Press, it has been defined as the free, independent voice of Houston, and we'd like to keep it that way. With local media under siege, it's more important than ever for us to rally support behind funding our local journalism. You can help by participating in our "I Support" program, allowing us to keep offering readers access to our incisive coverage of local news, food and culture with no paywalls.
Make a one-time donation today for as little as $1.