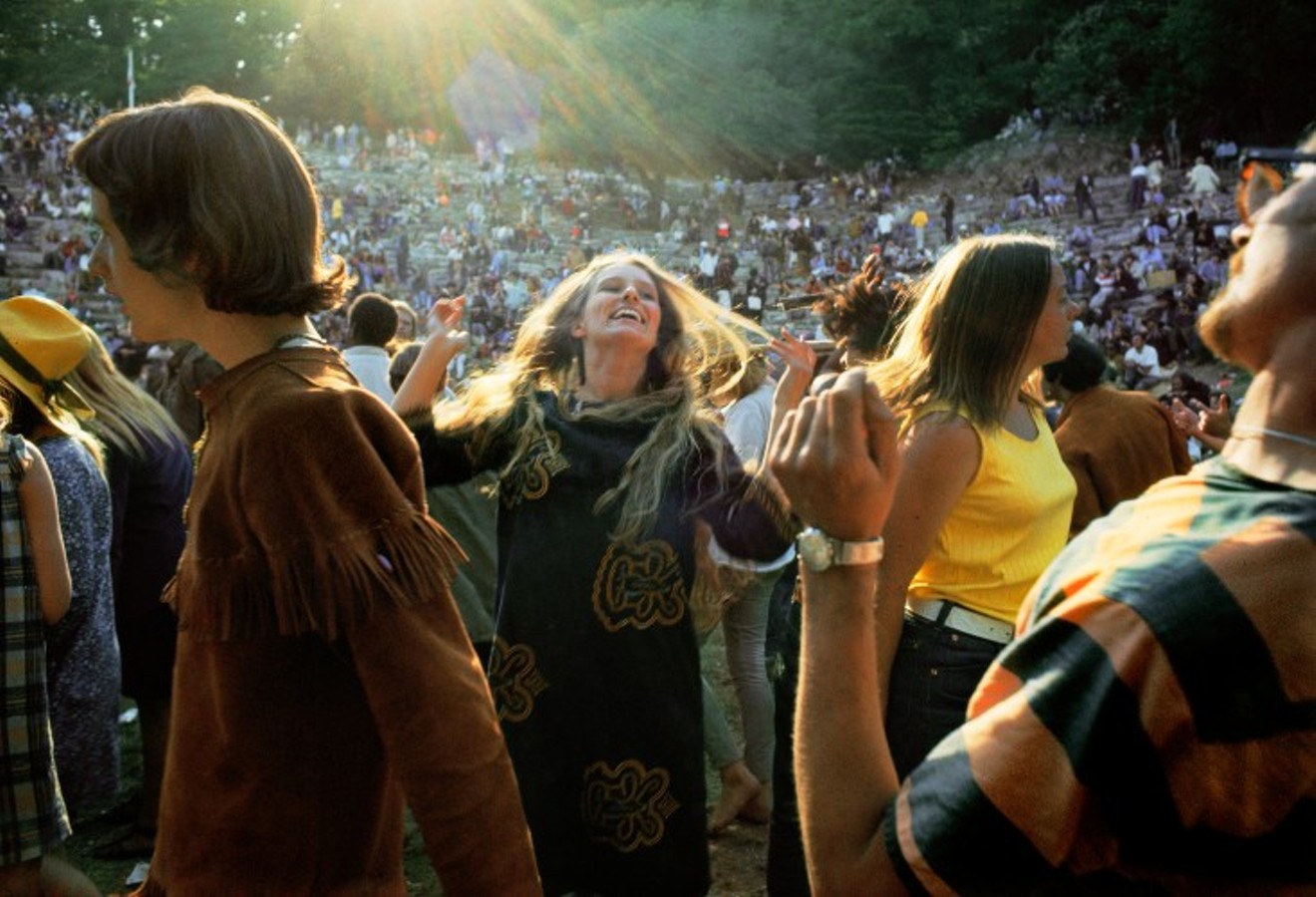 In June 1967, teens and college students began arriving in San Francisco for the Summer of Love. Many free outdoor concerts featured acts like the Grateful Dead, Jefferson Airplane and Janis Joplin. Photo ©Getty Images/Courtesy Grove Atlantic
It’s common among a performer or band’s superfans to note something along the lines of “Yeah, their studio albums are great. But you really need to see them live.”

Outside of the different sheen a live performance can put on a song though, that’s not the reason people go to rock concerts. The attractions are more to seek a sense of community with like-minded fans, to see their musical heroes up close (or at least on the Jumbotron), or to experience an atmosphere where really anything can go. 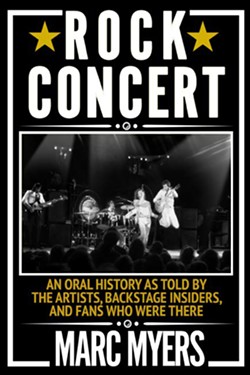 Music journalist Marc Myers knows this, and his admirers are already aware of his skills in getting stories out of people via his Anatomy of a Song deep-dive columns for The Wall Street Journal or his verbal breakdowns of the same on the SiriusXM “Feedback” program.

Now, he turns his attention to the history, the development, and the impact of the live experience in the somewhat unwieldly-titled Rock Concert: An Oral History as Told by the Artists, Backstage Insiders, and Fans Who Were There (314 pp., $30, Grove Atlantic).

And he starts all the way back to what many historians call the First Real Rock and Roll Show: The March 21, 1952 “Moondog Coronation Ball” put on by Cleveland DJ Alan Freed who popularized (but did not invent) the term.

The lineup included more R&B leaning artists like Paul Williams, Tiny Grimes and the Dominoes among other acts for the at-the-door price of $1.75 (about $18 in 2021 dollars). However, so many people showed up, many holding counterfeit or oversold tickets, that it was cut short by police, who feared rioting (and, likely, race-mingling).

Myers’ narrative, as told by those who were actually present or involved in shows covered, skips breezily through many of the most famous concerts over the decades: The 1965 Newport Folk Festival, the Beatles at Shea Stadium, The Human Be-In, Monterey Pop, Woodstock, Altamont, Wattstax, Pink Floyd’s The Wall and Bruce Springsteen’s Born in the U.S.A. tour.

And plenty of other significant shows without a fancy name, often distinguished by their city or a single performer. Anybody remember 1969’s The Sky River Rock Festival and Lighter Than Air Fair in Seattle?

The list of Myers’ sources from performers, managers, and promoters to journalists and execs is too lengthy to mention (and some have since died), but suffice to say they offer many tales, reflections and anecdotes that haven’t appeared in any other book or documentary. Every page offers a new revelation.

Even more fascinating is how the book chronicles the evolution of the business and presentation models of the rock concert. Myers’ sources dig deep into how everything from sound and lighting and band’s stage sets and logos added to the experience, as well as fashion.

And the sections on how computerized ticketing and pricing utterly changed the industry (and the fan’s experience) is both enlightening and sometimes frustrating. And how limited technology was just a few decades ago compared to today is made glaring.

Rock Concert ends with the 1985 two-continent production of Live Aid, which makes thematic sense. Still, the backstage seat-of-the-pants decisions that had to be made are fascinating.

At Philadelphia’s JFK Stadium, the rotating stage was set up so while one act was performing on one half, the gear for the next performer was being set up on the other. Originally, a motorized system was set to handle the transition.

But on the morning of the show, when a member of the production crew offhandedly noted how bad it would if the mechanism failed—on live TV—the decision was made to have a 17-member roadie crew take on the task manually with muscles and pushing.

In the epilogue, Myers notes that the rock concert has inevitably become less and less of a rite of passage or a gathering of youth now that you can spot multiple generations in the seats, VIP packages create something of a caste system and ticketing agencies and venues are essentially doing their own scalping on “secondary markets.”

Plus, the 24/7 connectivity of performers via social media, streaming and platforms like YouTube can dilute the impact or anticipation of the actual live concert experience. And of course, rock music is no longer the dominant genre.

Though its scope and subject matter is wide, Rock Concert is one of the best books on music to come out recently, and its pure first-person, direct quote narrative is the ideal format to tell the story.
KEEP THE HOUSTON PRESS FREE... Since we started the Houston Press, it has been defined as the free, independent voice of Houston, and we'd like to keep it that way. With local media under siege, it's more important than ever for us to rally support behind funding our local journalism. You can help by participating in our "I Support" program, allowing us to keep offering readers access to our incisive coverage of local news, food and culture with no paywalls.
Make a one-time donation today for as little as $1.